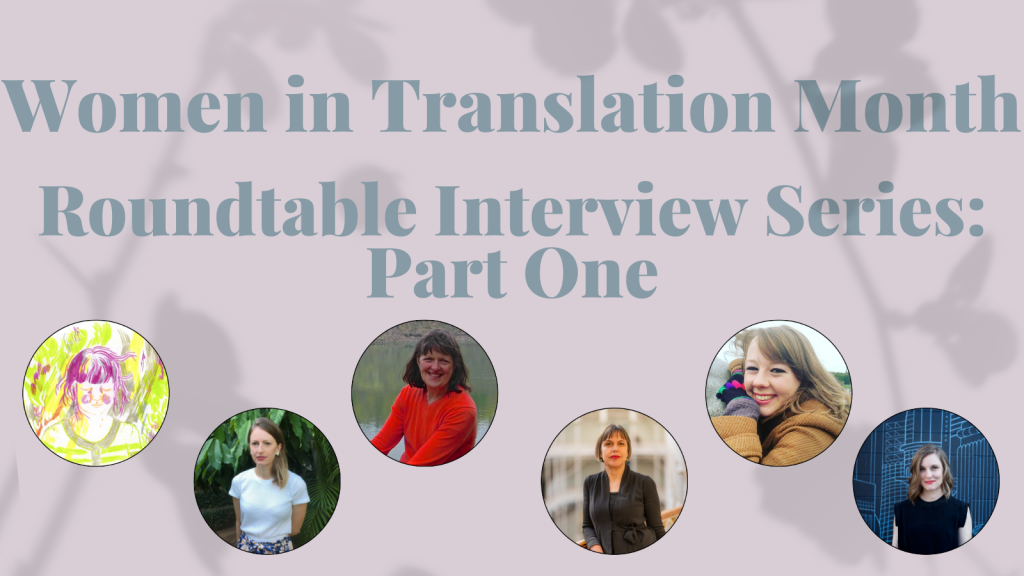 Women in Translation Month is in full swing! To continue our month-long celebration we are pleased to bring you a three-part roundtable interview series featuring several women working in translation. Over the next few weeks, we will share their collective responses to a few questions we asked about their reading habits and all things translation. Today in part one of our series, we begin with a discussion of what attracts a translator to a piece of writing!

As a reminder, we’re offering 20% off all books written and translated by women for the month of August! As well, we encourage you to use #WITmonth or #womenintranslation on social media to join the conversation and share what books by women in translation you’re reading.

Book*hug Press: Is it safe to assume that you are a voracious reader? What, then, attracts you to translating a work? Is it something different that draws you in each time?

Aleshia Jensen, translator of Céline Huyghebaert’s Remnants (forthcoming Spring 2022):
I try to read a lot in both English and French. In French to keep up and to fill the gaps in my knowledge of the language, and in English not to lose my grasp on my mother tongue. The books I pitch to publishers are ones that resonate with me, that I feel would resonate with others, and that have a strong voice which I believe I can render well in English.

I first came across Remnants by Céline Huyghebaert in its art book form and then later read the version edited and published by Le Quartanier. What interested me most was how the book constructs a portrait of a person—the author’s dead father—out of layers of narrative, versions that sometimes contradict each other. I liked how the story is told in large part through dialogue (which I love translating) and its subtext. And how the book is also about how memory is faulty, and changes over time—a theme I find endlessly interesting. The different voices in the book and the shifts between style of prose were a big challenge, but also part of the attraction. I also liked the book’s intertextuality, how there are quotes from so many other works, appropriated and woven into the book. And the photos in it. I translate graphic novels, so I am interested in how different elements of a book come together to tell a story—in comics, the images can tell us something different than the text, and both together can amplify or show us different angles or complexities.

The books I’m attracted to are very different from each other. But I suppose I like stories that have a bit of darkness to them, and where the author’s reality and fiction sometimes blur.

Cristina Sandu, author and translator of The Union of Synchronized Swimmers:
I do read a lot, much more than write or translate.

When I started writing The Union of Synchronized Swimmers in Finnish, I didn’t plan on translating it. But quite early on I wanted to hear feedback from my friends who didn’t speak Finnish, so translation became necessary.

I’m more interested in translating other people’s work, though. After I realized I can translate— that I don’t need a certificate or perfect bilingualism to be somehow entitled to do this—every time I read something great, I felt like translating it. It’s especially exciting if I realize that an author hasn’t yet been translated into Finnish, so I can help fill the gap. I have, out of passion and admiration, translated short stories by Lydia Davis, Mavis Gallant, and Margarita García Robayo, but haven’t yet managed to publish these. Anyway, translating them has been a great exercise in reading and writing. Also, translating poetry fascinates me, probably because I could never write poetry but admire it greatly. Translating poetry gives me a glimpse of that world.

Erín Moure, acclaimed poet and translator of many works including Chantal Neveu’s This Radiant Life:
I read poetry in three or four languages regularly, old and new. I see poetry as a conversation in language, an exploration and curiosity played out in language that in some way illuminates aspects of the human condition (and human foibles, and each of us poets are contributing something to that conversation in language). So when I am excited about a work in Galician or in French, especially, I want to bring it into our conversation in English, to bring that poet too into our literature and welcome them here. So I translate to share and expand the conversation for those who don’t speak these other languages. Each book has a new way of using and looking at language, its cumulative effects, its resonance with histories and lexicons, with registers and sounds. I bring them into English hoping readers and poets in English will find the works welcome, and be influenced by them, as I was, in reading them in the original. 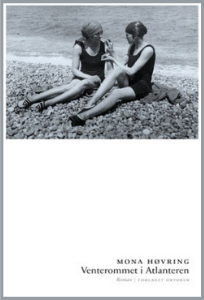 I am definitely drawn to books that have a rich, immersive universe, and often quiet books, where not much happens which is perhaps a little ironic, given that I have translated a good number of crime novels, which are obviously plot-driven. My work has generally been a result of what publishers choose to buy, rather than pitching a work myself. But sometimes, joyously, the two coincide, as in this case, though I didn’t pitch for it directly. But when Book*hug Press was considering Because Venus Crossed an Alpine Violet on the Day that I Was Born, I certainly enthused and encouraged them to take it. And am so glad that they did. I have enjoyed every minute of working on the translation with Rachel and Mona, and Jay and Hazel, and can’t wait for it to be out in the world for others to read.

Kristen Renee Miller, translator of Marie-Andrée Gill’s Spawn, and Heating the Outdoors (forthcoming):
What first drew me to Gill’s work as a reader and a translator was reading her poem that opens: “lécher la surface de l’eau avec la langue que je ne parle pas”—“to lick the skin of the water with a tongue I don’t speak.” It’s a line about having an intimate connection by way of an unfamiliar medium, an unfamiliar language. As someone reading that poem in a second language, I felt an immediate sense of connection—to the idea and to the poet. It encapsulates the whole project of translation, for me.

Join us next week for part two of our Women in Translation roundtable interview series!

Cristina Sandu is the author and translator of The Union of Synchronized Swimmers, winner of the 2020 Toisinkoinen Literary Prize. Her debut novel, The Whale Called Goliath, was nominated for the Finlandia Prize, Finland’s most prestigious literary prize.

Kari Dickson translates from Norwegian, and her work includes literary fiction, literary fiction, children’s books, theatre, and nonfiction. In 2019, Book*hug Press published her translation of Rune Christiansen’s Fanny and the Mystery in Grieving Forest. Her co-translation of Mona Høvring’s award-winning novel, Because Venus Crossed an Alpine Violet on the Day that I Was Born, is forthcoming this October.

Rachel Rankin is a poet and translator based in Edinburgh, Scotland. Her co-translation of Mona Høvring’s award-winning novel, Because Venus Crossed an Alpine Violet on the Day that I Was Born, is forthcoming this October.

Kristen Renee Miller is the translator of Spawn by Ilnu Nation poet Marie-Andrée Gill. In Spring 2023, Book*hug Press will publish Heating the Outdoors, her translation of Gill’s latest book, published in French as Chauffer le dehors. Miller lives in Louisville, Kentucky, where she is the managing editor for Sarabande.