Fall 2021 Poetry Preview: Iceland is Melting and So Are You by Talya Rubin | Book*hug Press 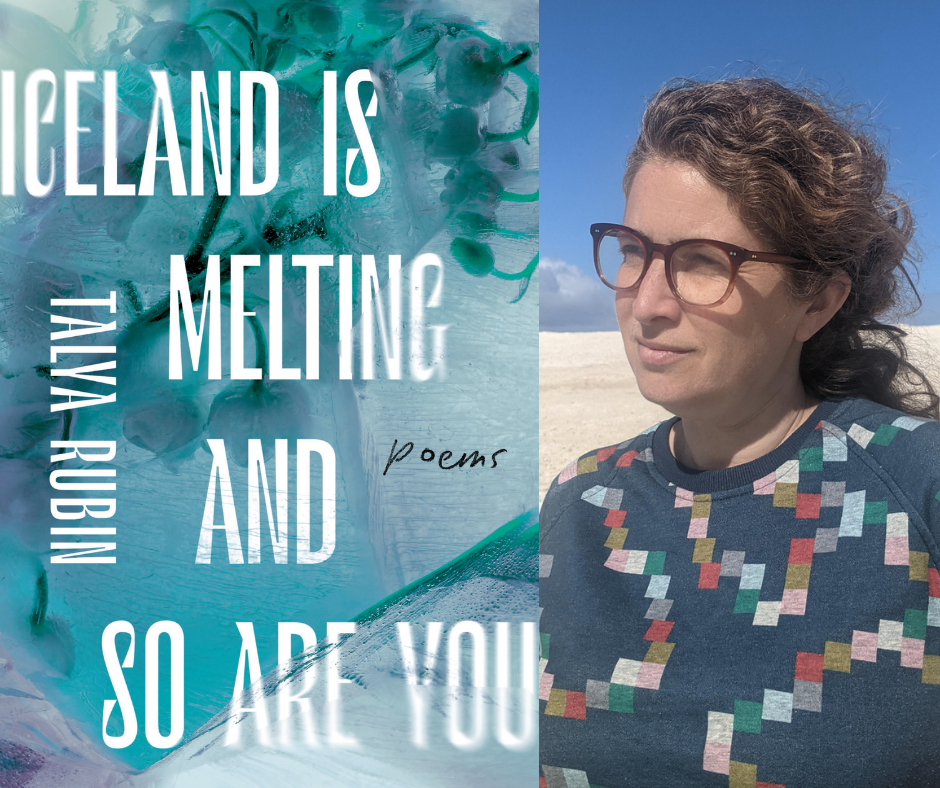 Our Fall 2021 preview series continues with Iceland is Melting and So Are You by Talya Rubin.

The urgency of the climate emergency is explored in this latest collection by award-winning poet Talya Rubin. It offers recognition of, and salve for, the vast mysteries of the natural world, our human interior, and the relationship between the two. Iceland is Melting and So Are You asks us to consider what we have kept frozen and unexamined within us and—in doing so—recognize the complex grief and wonder we face in considering the end of the human epoch.

“What does it mean to grieve for a glacier? Iceland Is Melting and So Are You takes readers into the right now of the climate crisis, where the daily “thunder of collapse” is deafening, yet too often ignored,” writes Claire Caldwell, author of Gold Rush. Wyn Cooper, author of The Way Back, adds “Rubin’s carefully constructed poems are lyrical, compelling, and filled with the kind of passion that makes things happen. They’re centred around both the places in danger and the people who live in those places as they tell the stories we need to hear in this alarming time.

We’re pleased to share the title poem from the collection below. Enjoy! Iceland is Melting and So Are You will be released on October 12, and is available now for pre-order from our online shop, or from your local independent bookseller. 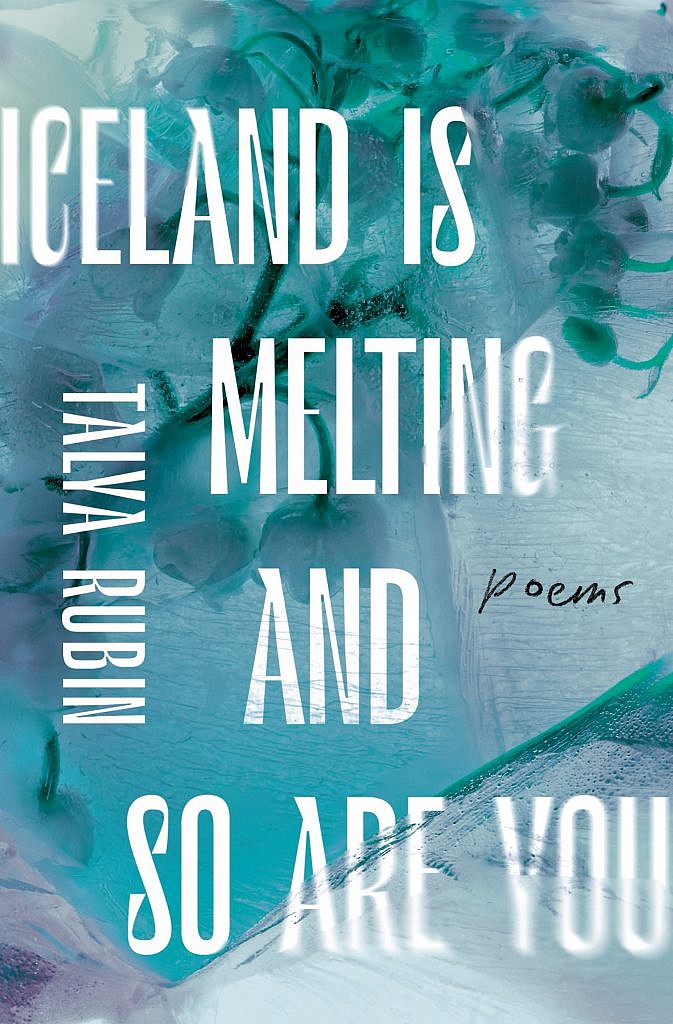 Iceland is Melting and So Are You

In Corner Brook, Newfoundland
snow falls so thick and fast it
looks like my childhood.

I stand in the strange
green porch light of the
hotel. Listening to the silence.

The everlasting crunch
of boots on packed snow.

I was warned not to go east
in late January. Told I would
never fly out again. Trapped
like a mountain climber under ice
preserved forever
or, at least, until spring.

Earlier that day, I went for a slow drive
along the shore. I could not bear
to breathe the air, so cold
for more than an instant
as the grey blue and white hues
of eroded hillsides drifted around me.

There is a portrait of a fisherman
in my hotel room. He stares
at me in double—
once on the wall and
then again in the mirror.
I can’t escape his gaze
even when I am sleeping.

Fish shed after fish shed
shut down.
Too much fishing, too little fish.
Too late now.

My dinner host drives up.
The hum of the radio
resonates through shut windows.
That comforting lilt of
the CBC delivering the
news in neutral tones.

But her little boy
is weeping in the back seat.
He is eleven and his small
body shuddering makes me
want to reach back and hold him.

My limbs are cold and frozen in place
my gloved hands instead stay
cupped in my lap.

“We heard a report that Iceland
is rising as the ice is melting. It’s worse
than they thought. When you drill
a hole in the ice shelf, it’s empty.”

This young boy, his body
nearly collapsing
from the grief.

Stay tuned on the Book*hug Blog for more exclusive excerpts as we continue to dive more deeply into our Fall 2021 season. And if you haven’t already done so, follow Book*hug on Facebook, Instagram, Twitter, and now TikTok.

Talya Rubin is a Canadian poet originally from Montreal. She was awarded the RBC Bronwen Wallace Award for Emerging Writers from the Writers’ Trust of Canada in 1998. Her poetry has been longlisted for the CBC Poetry Prize and the Montreal International Poetry Prize. In 2015, she won the Battle of the Bards and was invited to read at the Toronto International Festival of Authors. Her first collection, Leaving the Island, was published in 2015. Talya holds an MFA in Creative Writing from the University of British Columbia. She also runs a theatre company called Too Close to the Sun, and currently lives in Perth, Australia with her husband and son.