Women in Translation: In Conversation with Oana Avasilichioaei | Book*hug Press 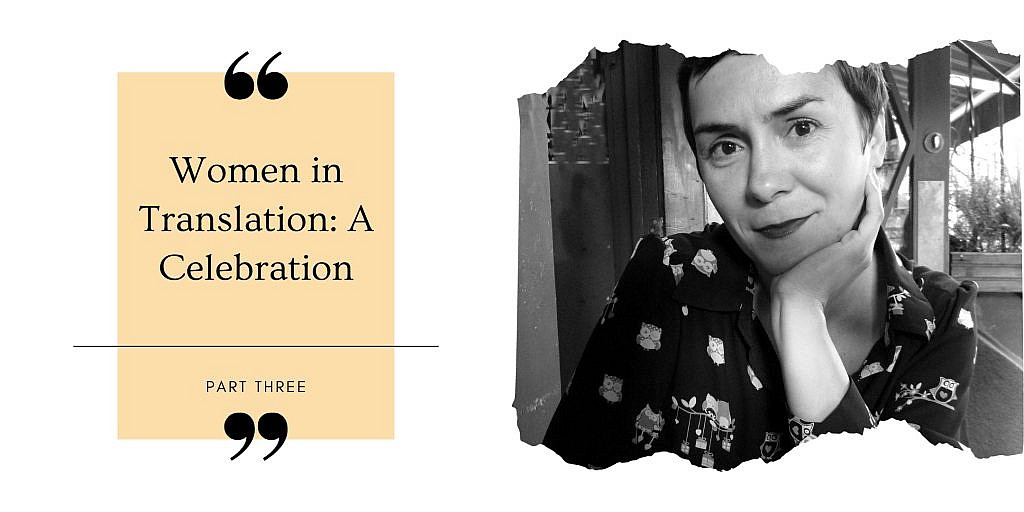 It’s still Women in Translation Month—yay!—which means we’re still celebrating. Today, we are in conversation with the prolific, multitalented, and award-winning translator and poet Oana Avasilichioaei. Not only are we celebrating #WITMonth with Oana today, but we’re also celebrating the official release day of her latest translation, Bertrand Laverdure’s The Neptune Room. Happy Publication Day to Oana and Bertrand! Fans will know that Avasilichioaei also translated Laverdure’s postmodern tour de force, Readopolis, which won the 2017 Governor General’s Literary Award for Translation, as well as Universal Bureau of Copyrights. In 2019, she won the Cole Foundation Prize for Translation for The Faerie Devouring. When she isn’t translating masterpieces, Oana performs and writes poetry, and works as an editor and a multidisciplinary artist. In other words, she’s very cool.

OA: Translating a work of literature is not just about translating the work from one language to another, but also about writing it again in a way, so as to re-create the voice, style, concerns, linguistic invention, idiosyncrasies of the work in the other language.

OA: I don’t have favourites, but I am always particularly intrigued by words that illustrate a specific idea or combination of concepts that don’t exist in that exact way in English. An example is the French word “connivence.” Translating it as “collusion” or complicity” would not be accurate, because these words have negative meanings in English, while “connivence” is more about an alliance that exists in solidarity with someone, a joyful fellowship, but also with a sense of daring and impishness about it.

OA: The sense of constant discovery and learning; the challenges and mental acrobatics it involves.

OA: I’m translating a novel by Miléna Babin called The Strange Scent of Saffron that will be coming out with Guernica Editions in 2021. Set in rural Quebec in the 1980s, the story revolves around a number of unruly characters, including a fox, living with AIDS, and the illegal saffron trade.

OA: One of the books I’m currently reading is 77 by Argentinian writer Guillermo Saccomanno, translated by Andrea G. Labinger (published by Open Letter in 2019). Set in Buenos Aires in 1977, the novel is narrated in a series of flashbacks/confessions by a gay literature teacher, living and trying to survive under a dictatorship. 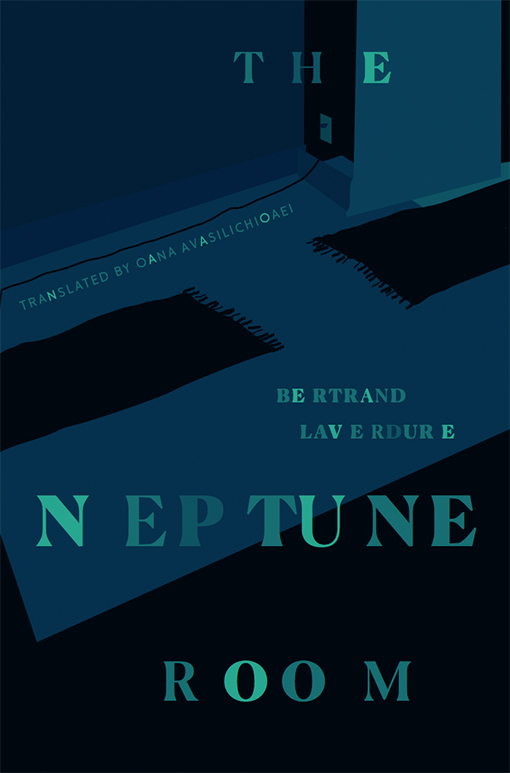 To celebrate The Neptune Room’s official release, we’re sharing an excerpt from the book, which you can read and enjoy below. As part of our Literature in Translation Series, it, too, is eligible for a 25% discount until August 30th. Stay tuned for more interviews and excerpts in celebration of #WITMonth!

Sandrine and Ninelle the young mom, 2001

Messy apartment, the baby’s room, the mother an escapee or rather ecstatically lit up by symbiosis. Child/breastfeeding symbiosis, mother’s body/closed eyes symbiosis.

On the night table, de Beauvoir’s letters to her lover, Nelson Algren. For Ninelle, the philosopher’s lucidity, her clear, frank thinking, her refusal to marry are benevolent ramparts around her baby’s future. De Beauvoir writes about the books she is reading, her literary encounters, and of course about her love for the handsome, Communist novelist in Chicago. Ninelle ﬁnishes reading a letter from 1948 in which the “Beaver” criticizes Faulkner for being overly “tragic,” fundamentally bleak, oﬀering no way out. Seeing life only under the guise of tragedy glosses over a large part if its natural expressions. The long, tranquil, turquoise river spreading its blanket of indiﬀerence, the large beach of possibility accessible to all do not seem to interest the Southern writer. Watching her daughter sleep, hair like grass seed tossed on fertile soil, the musician is moved. An idea comes into her mind, an extension of her reading.

Nothing is tragic, everything is contingent.

She decides to write it down, as it seems to adequately sum up what she thinks about life.

While her baby sleeps, she pens her few words in the margins of her copy of A Transatlantic Love Affair: Letters to Nelson Algren, next to the passage on Faulkner. The pages of her book are dog-eared, but she also uses it as a paperweight, carrying it with her everywhere she feeds her daughter, in the living room, in the kitchen, in bed. She’s also slipped into de Beauvoir’s book a sheet of paper listing famous births and deaths as well as major historical events associated with Sandrine’s birthdate. Like an amulet.

Sandrine shares a birthdate with Evel Knievel, the Singing Nun, Rita Hayworth, Montgomery Clift, John Paul I, and Eminem. A date for daredevil artists and personalities, Ninelle considers. An incongruous mix that ultimately doesn’t tell us anything about people born on October 17, but fertile terrain for astrology. The human interpretation machine looks very much like a bingo cage, tossing ﬁfty possible scenarios and omitting a billion others.

A brand-new site, Wikipedia, caught her attention this fall. A French version of the platform recently became available. This is where she found the information about her daughter’s birthdate.

Montreal-based writer, translator, and editor Oana Avasilichioaei has published five poetry collections, including Expeditions of a Chimaera (with Erín Moure; 2009), We, Beasts (2012; winner of the A.M. Klein Prize for Poetry from the Quebec Writers’ Federation) and Limbinal (2015). Previous translations include Bertrand Laverdure’s Universal Bureau of Copyrights (2014; shortlisted for the 2015 ReLit Awards), Suzanne Leblanc’s The Thought House of Philippa (co-translated with Ingrid Pam Dick; 2015), and Daniel Canty’s Wigrum (2013). Her translation of Bertrand Laverdure’s Readopolis won the 2017 Governor General’s Literary Award for Translation.