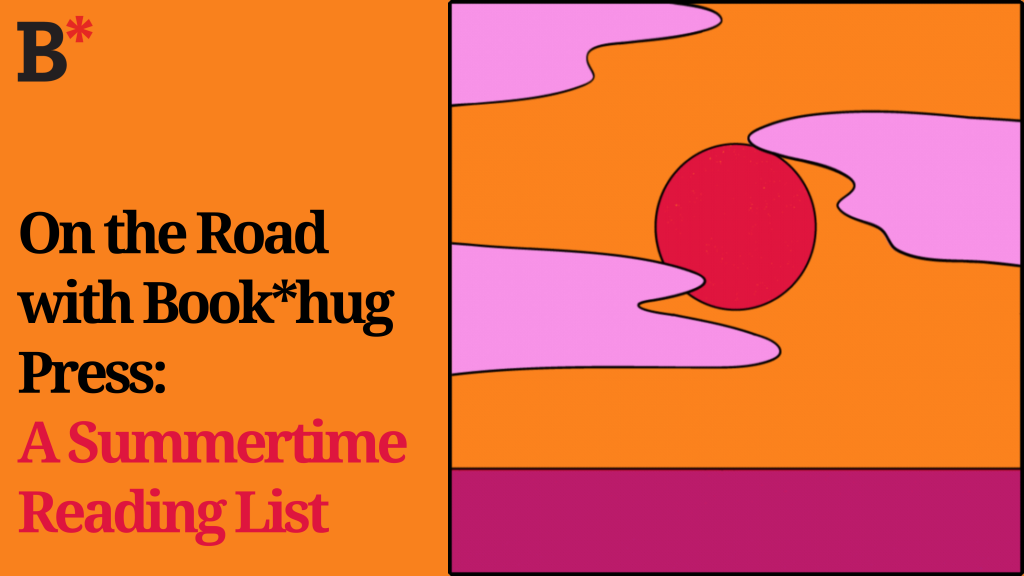 As July rolls on and many of us are making travel plans once again, it’s time to consider that perennially delightful question of what to read over summer vacation. We are sharing some of our top picks—books that chart journeys big and small; hosting characters whose migrations across cities, countries, and emotional terrains are variously transformative.

Whether you are embarking on a road trip, cross-continental journey, lakeside sojourn, or backyard roost, we’ve got something for you take along this summer season! 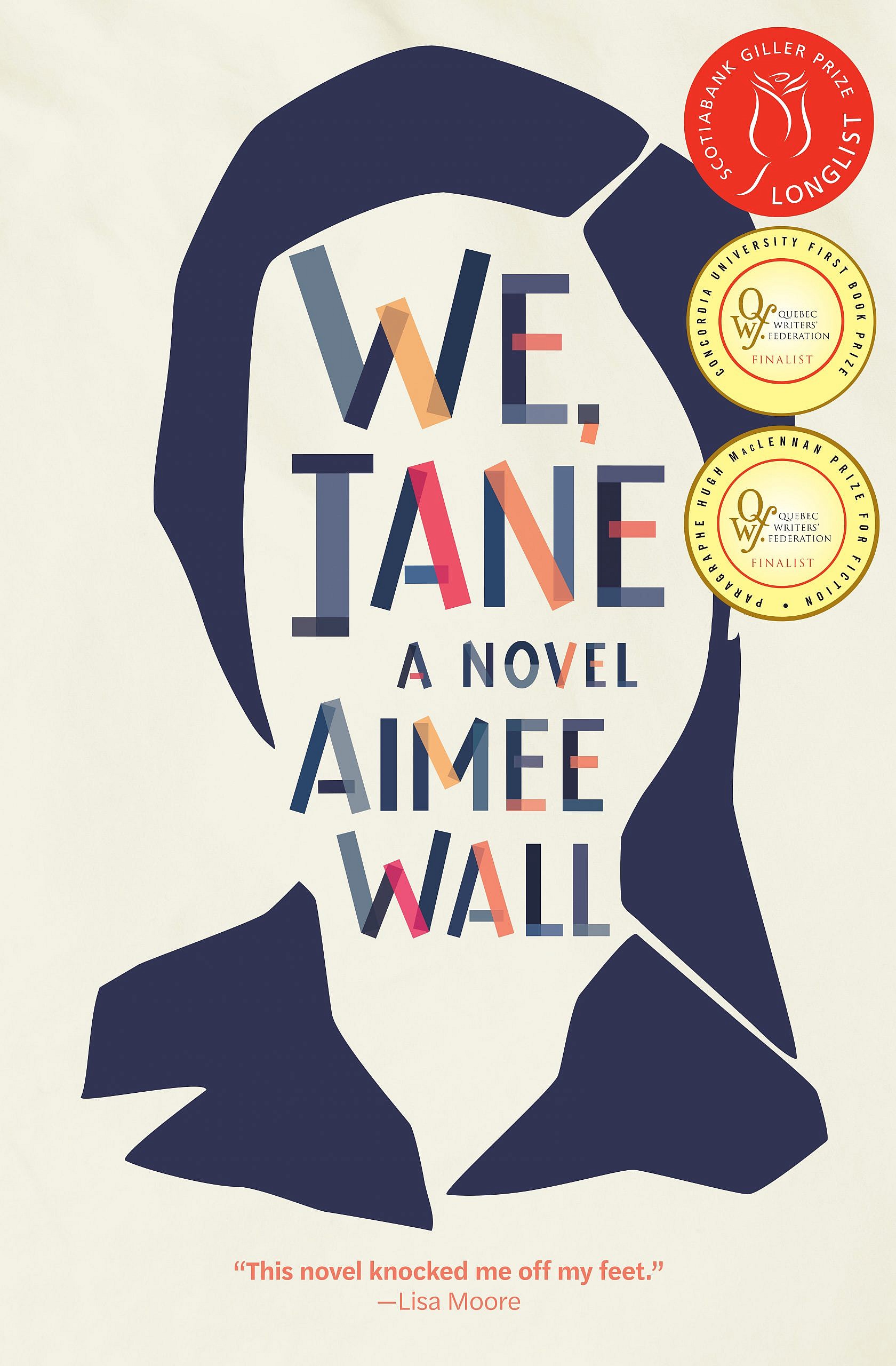 We, Jane by Aimee Wall

Searching for meaning in her Montreal life, Marthe begins an intense friendship with an older woman, also from Newfoundland, who tells her a story about purpose, about a duty to fulfill. It’s back home, and it goes by the name of Jane. Soon, the two women set out on a road trip to return to a rural community on the island to continue the work of an underground movement in 60s Chicago: abortion services performed by women, always referred to as Jane. Marthe commits to learning how to continue this legacy and protect such essential knowledge. But the nobility of her task and the reality of small-town life compete, and personal fractures within their group begin to grow. 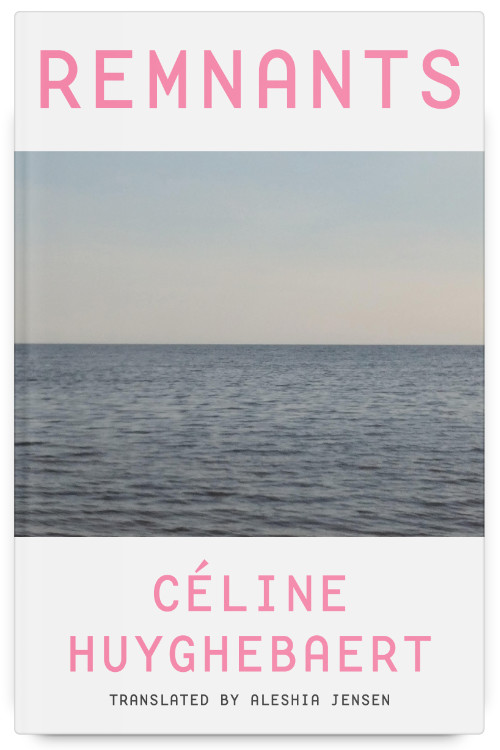 Winner of the Governor General’s Literary Award for French-language Fiction, Remnants is an exploration of our relationships with family and perception, told through a profound investigation of a father’s life and sudden death. With various voices and hybrid forms—including dialogues, questionnaires, photographs, and dream documentation—Huyghebaert journeys home to France and begins to build a fragmented picture of a father-daughter relationship that has been shaped by silences and missed opportunities. In a later poignant scene, Huyghebaert beautifully recounts a road trip in Quebec she took with her two sisters to spread their father’s ashes.

The Employees by Olga Ravn Translated by Martin Aitken

A finalist for the International  Prize, The Employees chronicles the fate of the Six-Thousand Ship. Funny and doom-drenched, the human and humanoid crew members alike complain about their daily tasks in a series of staff reports and memos. When the spaceship takes on a number of strange objects from the planet New Discovery, the crew become strangely and deeply attached to them, and start aching for the same things—warmth and intimacy, loved ones who have passed, shopping and child-rearing, and faraway Earth, which now only persists in memory—even as tensions boil toward mutiny, especially among the humanoids.

Because Venus Crossed an Alpine Violet on the Day That I Was Born by Mona Høvring, translated by Kari Dickson and Rachel Rankin

In a hotel, high up in a Norwegian mountain village, two sisters aim to reconnect after distant years that contrast their close, almost twin-like upbringing. Martha has just been discharged from a sanatorium after a mental breakdown. Ella agrees to keep her company in the hope that the clean winter air will provide clarity—and a way back to their childhood connection. When Martha disappears in a rage, Ella embarks on a journey of personal discovery, reinforced by encounters with various staff and hotel guests. 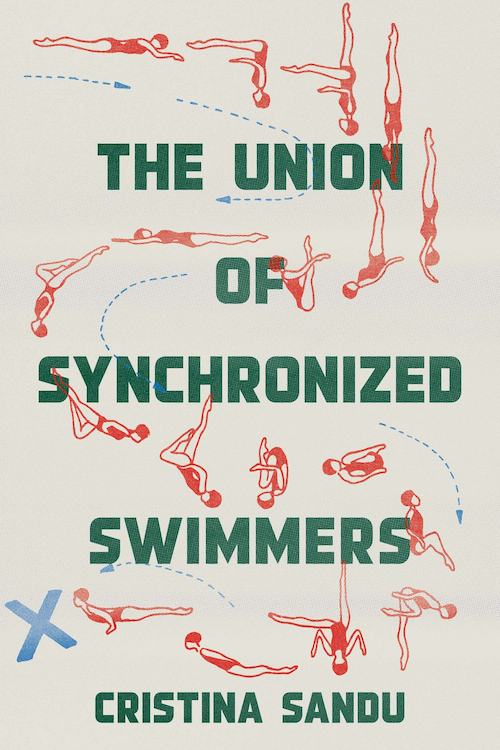 In a small village behind the Iron Curtain, six girls meet each day at the river to swim. At first, they play, splashing each other and floating languidly on the water’s surface. But as summer draws to an end, the game becomes something more.

Cristina Sandu’s award-winning novel-in-stories follows the swimmers as they begin a journey to the Olympics. Then, one day, it finally happens: their visas arrive. But can what’s waiting on the other side of the river that separates East from West satisfy their longing for a different kind of life? 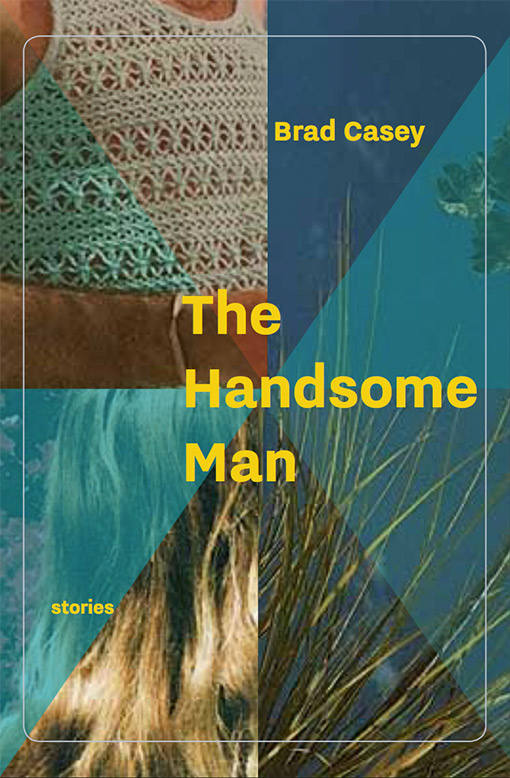 The linked stories in Brad Casey’s debut collection follow several years in the life of a young man as he is drawn around the world: from Toronto to Montreal, New York, Ohio, New Mexico, British Columbia, Berlin, Rome, and Northern Ontario, along the way meeting hippies, healers, drinkers, movie stars, old friends, and welcoming Strangers. We soon learn that he isn’t travelling, however; he’s running away. “From couches in Rome to frozen rivers in the Canadian countryside, the top of the Berliner Dom, and graveyards in Memphis, Casey takes you on an unforgettable journey through life’s wilderness,” writes Sofia Banzhaf. 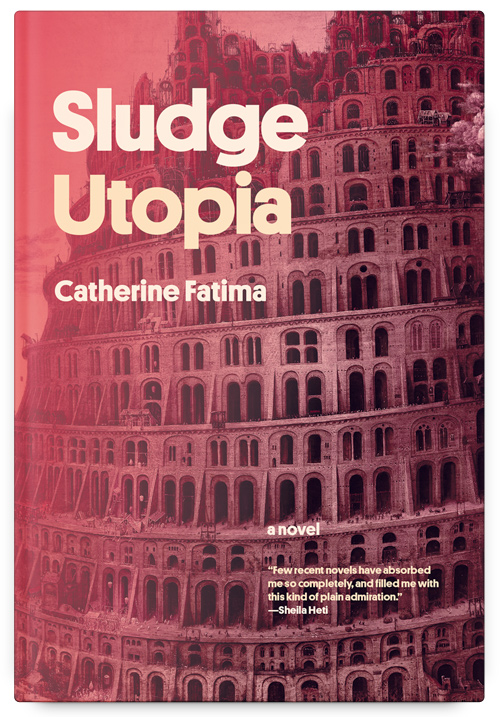 Using her compulsive reading as a lens through which to bring coherence to her life, twenty-five-year-old Catherine engages in a series of sexual relationships that take her from Toronto to France and Portugal and back again. Sludge Utopia is an auto-fictional novel about sex, depression, family, shaky ethics, ideal forms of life, girlhood, and coaching oneself into adulthood under capitalism. 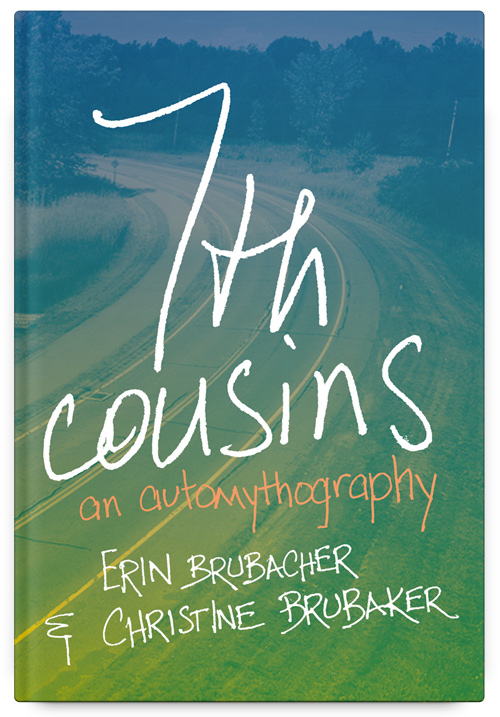 7th Cousins: An Automythography by Erin Brubacher and Christine Brubaker

In July 2015, Erin Brubacher and Christine Brubaker traced the migration route of their Mennonite ancestors by walking 700 kilometres from Pennsylvania to Ontario. Along the way they were hosted by a series of people with whom they had next to nothing in common. The two were welcomed into strangers’ homes and treated as family.

7th Cousins traces their journey through the American Bible Belt and the folks they encountered with religious and political beliefs very different from their own. Along the way, Erin and Christine learned to question what conversations to enter and how far to take them. They accomplished this and so much more while navigating their own relationship and the challenges of being with another person, on foot, for 32 days. 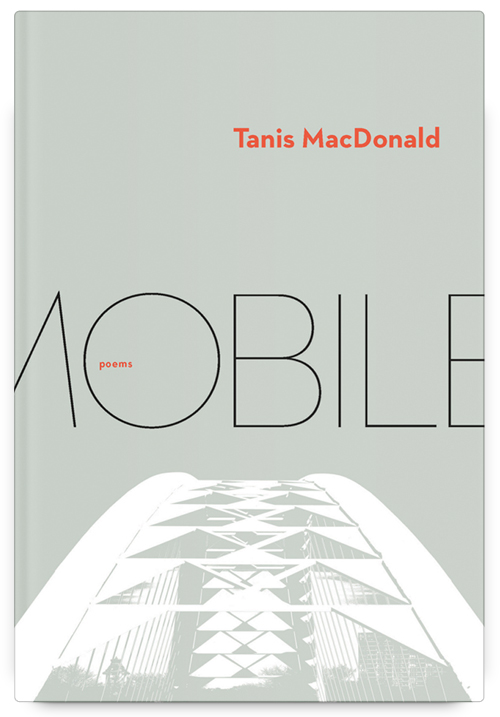 Mobile is an homage to working and walking women in a love/hate relationship with Toronto. The sassy and feisty flaneurs in these poems, “interrogate the mansplaining streets, finding the always-there voices and experiences of women in its architecture and shadows, curbs and enthusiasms, structures and strictures, its texts and traditions, violence and vibrance, twists and détournes,” writes Gary Barwin, “Go with MacDonald as she guides you through the streets of Mobile. It’s a tour de force.” 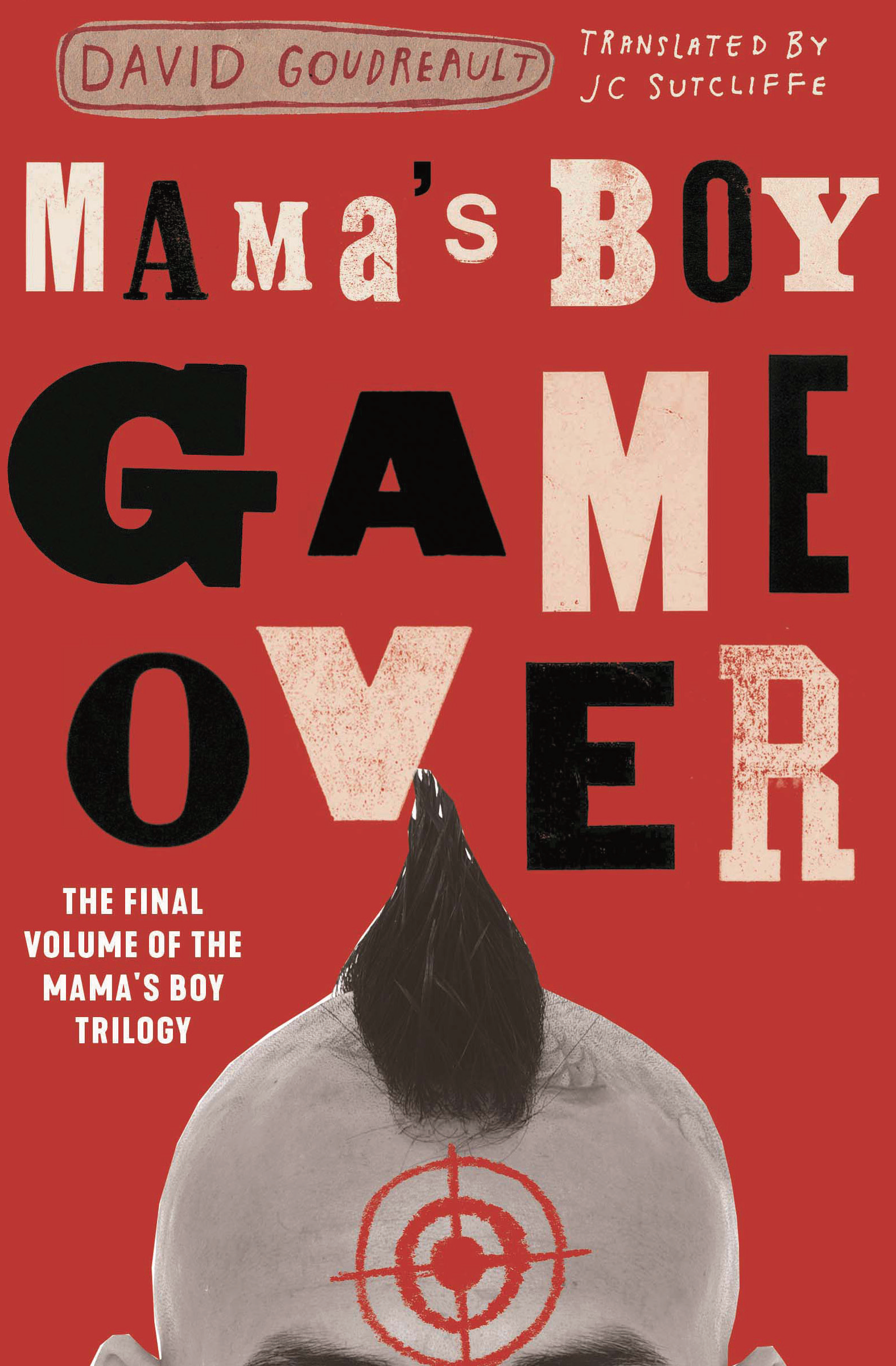 In this high-octane conclusion to David Goudreault’s bleakly comic bestselling trilogy, Mama’s Boy escapes prison and goes on the run in Montreal, hiding in plain sight. He then sets out on a journey to reunite with his estranged mother. By turns poignant and deeply uncomfortable, Mama’s Boy’s final journey is a complicated, desperate bid for freedom, love, and family.