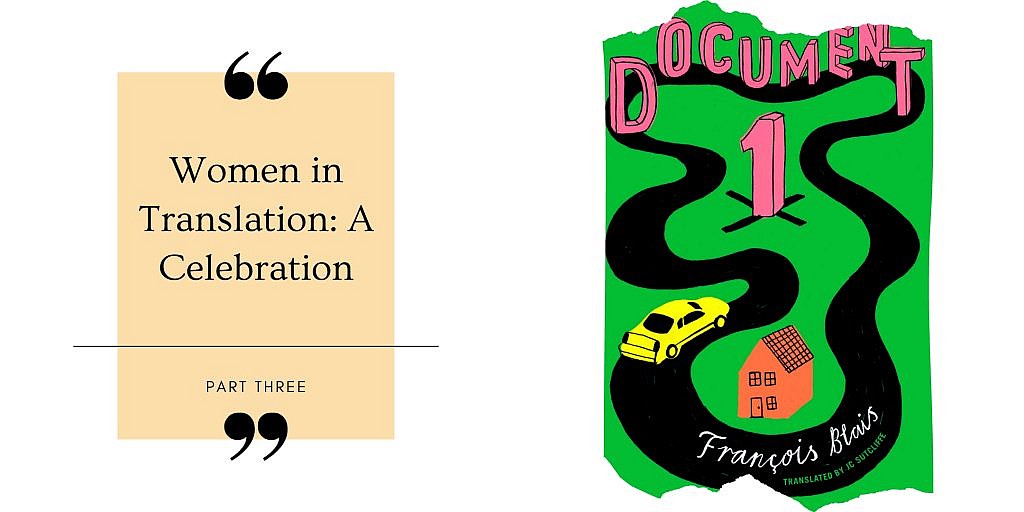 This is it: our last post for Women in Translation Month! What a fun month it’s been celebrating so many wonderful women working in translation today!

Today, we’re sharing an excerpt from François Blais’ funny, smart, and wonderfully human novel, Document 1, translated by the inimitable JC Sutcliffe. Document 1 is a tragicomic tale of two dreamers and their quest for adventure, as well as a satirical take on the world of arts and letters. For obvious reasons, most of us aren’t traveling right now, which makes the main characters’ trips on Google Maps—which never translate completely offline—heartbreakingly relatable. Sutcliffe also translated David Goudreault’s bestselling Mama’s Boy trilogy (Mama’s Boy, Mama’s Boy Behind Bars, and Mama’s Boy: Game Over, forthcoming this November), and Sophie Bienvenu’s Worst Case, We Get Married, which was adapted into a feature film by Bienvenu and Léa Pool in 2017. Like all the women we’ve talked to this month, Sutcliffe is a multitalented marvel: she works as an author, book reviewer, and editor, as well as a translator.

Thank you for celebrating Women in Translation Month with us this year! As aforementioned, Book*hug will continue to publish and honour women in translation, and we encourage you to continue to read them (which we know you do, because you’re awesome). If your once-massive #WITMonth reading list is dwindling, we have good news: all three of our Fall 2020 Literature in Translation titles were translated by women. You can pre-order Anne Cathrine Bomann’s Agatha (translated by Caroline Waight), David Goudreault’s Mama’s Boy: Game Over (translated by JC Sutcliffe), and Chantal Neveu’s This Radiant Life (translated by Erín Moure) from our online shop.

Stay tuned, as well, for interviews with our fall 2020 authors as we move into another exciting season of new books. 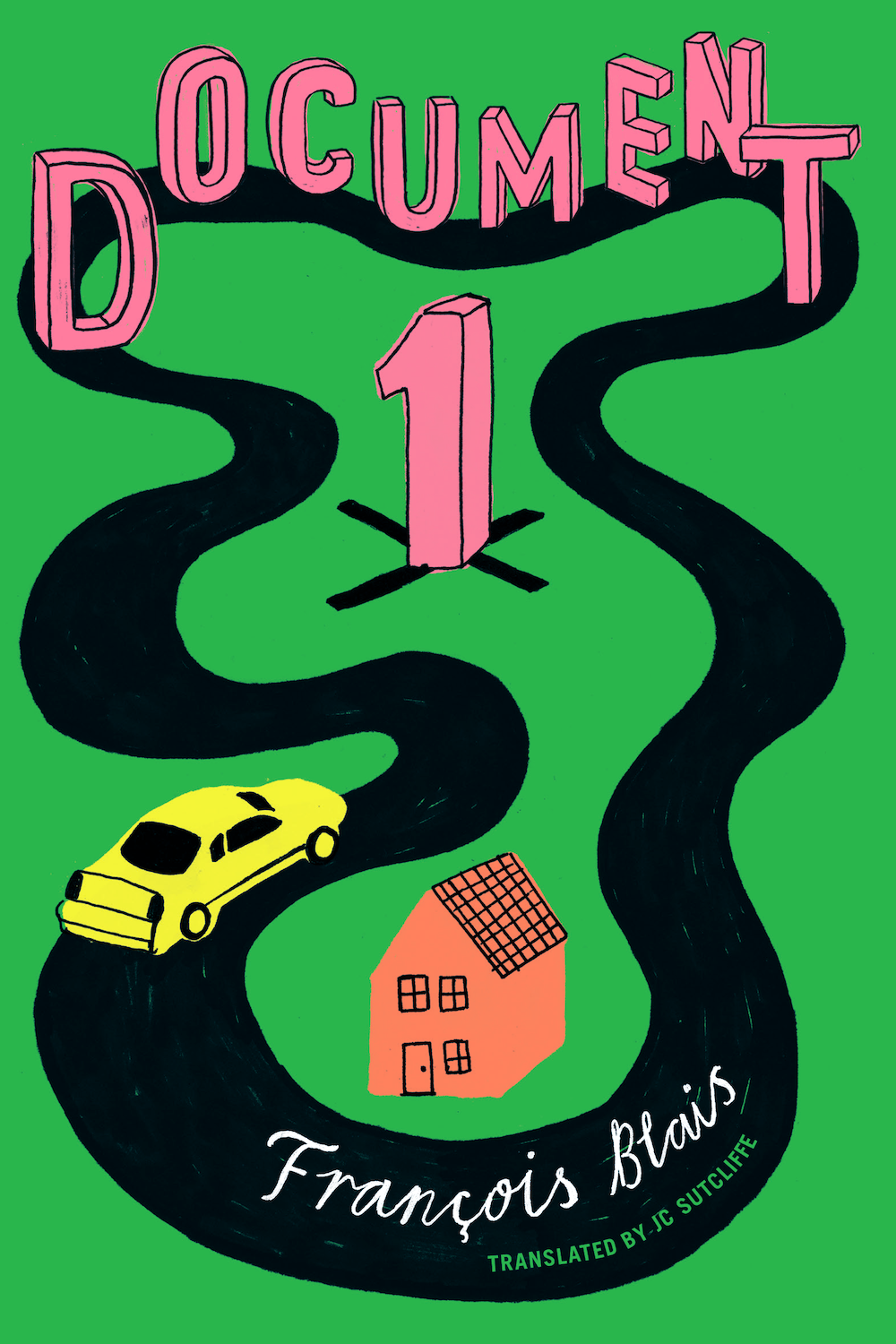 Prologue: The Theory of Adjectives

I really hate to brag, but I think Jude and I are unhappy. The desire to just get away from everything has got to be the most common symptom of unhappiness. I know it’s totally stupid, but unhappy people genuinely believe they can leave their problems behind, they can fix everything with a change of scenery, or by starting over from scratch, or by going off to find themselves, all that crap. (“An’ live off the fatta the lan’. An’ have rabbits. Go on, George! Tell about what we’re gonna have in the garden and about the rabbits in the cages and about the rain in the winter and the stove, and how thick the cream is on the milk like you can hardly cut it. Tell about that, George.”)

Okay, so in our case we’re not exactly talking about starting over, since all we want to do is go and spend a month in Bird-in-Hand, Pennsylvania, but that should be enough for us because we’re only a little bit unhappy. We’re only ever a little bit anything. When I told Jude—“Man, I think we’re really unhappy!”—he laughed in my face and called me a goth.

“So you reckon we’re happy then?”

“God, no! Where the hell did you get that idea?”

And that’s how he came to tell me his theory, in considerable detail: according to him, adjectives were created for the sole purpose of describing a tiny handful of people, extreme cases. We use them because they’re handy or because we’re lazy, but if we ever bothered to stop and think about it, we’d soon realize that the vast majority of people don’t really warrant them. We go around saying, “So-and-so is superintelligent,” or, more often, “So-and-so is an imbecile,” but in reality we hardly ever meet superintelligent people. Or imbeciles, come to that. There are some complete idiots, of course—just as there’s the odd genius, a Leonardo da Vinci, at the other end of the spectrum—but these maestros of stupidity are about as rare as babies born with teeth or people born blind. The vast majority of people you come across on a daily basis have never had an original thought in their lives, but they’re nonetheless perfectly capable of doing a sudoku in the newspaper. By the same token, people are hardly ever really ugly or really beautiful. They’re just nondescript, and the only way to find them interesting is with alcohol or rose-tinted glasses, or some combination of the two. (That’s what Jude says. As for me, even when I’m pissed out of my tiny mind, I never get overly excited about anyone.) Jude admits these things aren’t always equally distributed. There’s always more people at the negative end of the spectrum: more idiots than geniuses, more ugly ducklings than hotties, and, of course, more unhappy people than happy ones. But according to him, it’s not unhappiness that’s our problem. We’ve got quite a ways to go if we want to claim to be unhappy. I find this reassuring.

JC Sutcliffe is a writer, translator, and editor who has lived in England, France, and Canada. She has reviewed books for the Times Literary Supplement, The Globe and Mail, and the National Post, among others. Her recent translations include Mama’s Boy and Mama’s Boy Behind Bars by David Goudreault, Document 1 by François Blais, and Worst Case, We Get Married by Sophie Bienvenu.