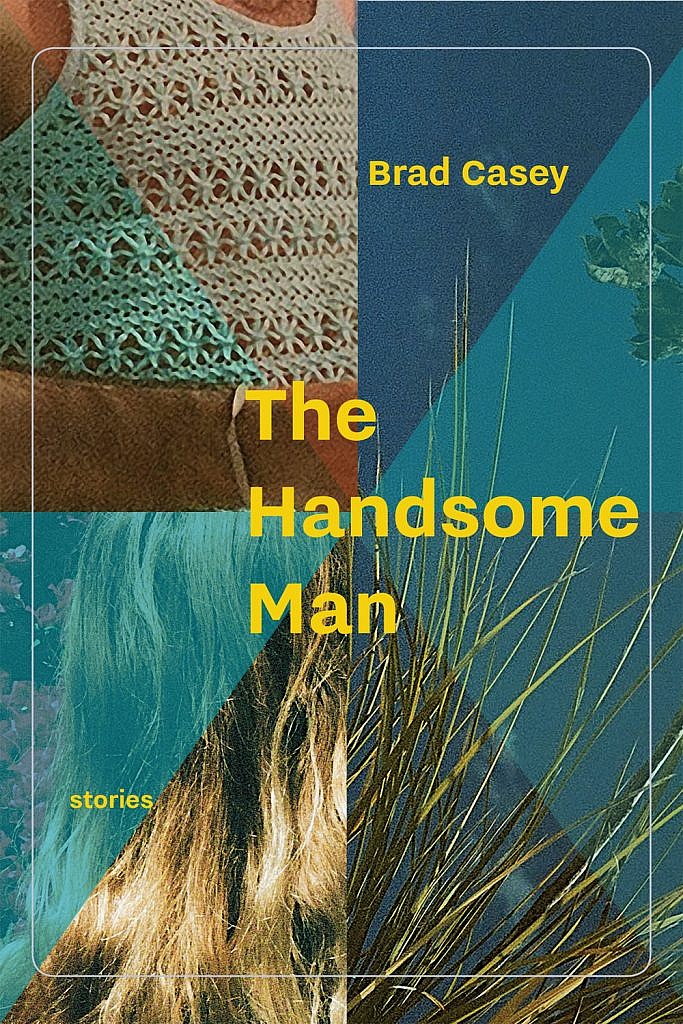 The Handsome Man, Casey’s first work of fiction, is a collection of linked stories that follow several years of the life of a young man as he is drawn around the world: from Toronto to Montreal, New York, Ohio, New Mexico, British Columbia, Berlin, Rome, and Northern Ontario, along the way meeting hippies, healers, drinkers, movie stars, old friends, and welcoming strangers. He isn’t travelling, however; he’s running away. But as far and fast as he runs, the world won’t let him disappear, and each new encounter and every lost soul he meets along this journey brings him closer and closer to certain truths he’d locked away: how to trust, how to live in this world, and most of all, how to love again.

“The Handsome Man is about listening and writing, it’s about the dream of youth, the desire to squeeze every last shimmering drop of life out of the present moment,” writes Sofia Banzhaf, author of Pony Castle. “It’s about the vague and haunting ache that comes with loss and the people who make it bearable. From couches in Rome to frozen rivers in the Canadian countryside, the top of the Berliner Dom, and graveyards in Memphis, Casey takes you on an unforgettable journey through life’s wilderness.” The legendary poet bill bissett writes that “if yu want a book uv amayzing n brillyant prose short storeez that ar long in theyr implikaysyuns look no furthr ths wundrful book is what yu ar looking 4 ths is beautiful writing with full orchestraysyun n minimalist accents enjoy.”

Below is an excerpt from “The Australian,” a story from the collection:

Excerpt from “The Australian”

We stay at her friend’s apartment that night, we don’t sleep, it’s a blur of faces and drinking and everybody has an energy like a sustained forever midnight until the room starts to fill with light and I don’t remember much of what was talked about, the country, the world. I remember someone, several people, being vulnerable with me. I remember being vulnerable too. I remember sitting with Coral on a couch, the two of us talking with people like we’re one person, like everyone engaging us together as one and in the morning we all exchange presents, all of us still alive and it’s Christmas and I don’t know these people, just me and her I suppose.

We nap in the day and in the early evening we do the same thing, the same thing from the night before, all of our bodies more emotional, more flung through the world. What even happened then but a lot of words? A lot of moments lost and those faces I can’t remember and at the time they were the most important, more important than anything before but now I’m leaving with Coral before the sun comes, in the cold morning we shake through Bushwick our bodies so sensitive now, every light and every sound an assault but we’re happy and we go to my hotel room nearby and we rest, we sleep into the afternoon, both of us not dreaming now.

It’s Boxing Day, we stay in bed, we start to drink a bottle of wine but it feels bad to be drinking, bad on our bodies, only water. We try to eat but it all makes us nauseous, we stay in bed watching movies, feeling restless, wanting to be outside in the world in New York because we’re here so why not but we stay, drunk sick and hungover, thin, barely speaking, slipping in and out of sleep and outside it’s snowing and the wind makes a sound like the steady sound of the inside of an airplane coasting high above, flying over the ocean.

“We can’t stay inside on your last day,” Coral says the next morning. “I’m feeling so much better today, let’s go out.”

“Yeah, I’m feeling a lot better too. What do you want to do?”

“Have you ever been to Coney Island?”

“What? How could you live so close to New York and have never been to Coney Island?”

“Yeah, it’s winter and it’s Christmas, probably everything is closed. I came farther than you came, I want to go there. You can’t come all this way and not, right?”

She brings me there and the abandon of the place is stark and jarring. A roller coaster ravaged from simple time, hanging by a thread. I remember she holds my hand on the boardwalk and everything is crystalline and it’s shining and we’re holding hands in this abandoned place, sharing a flask in the cold with this woman and it’s so quiet and time stands still now.

One thing I should mention too: in the middle of all the drinking and the drugs and the faces of the party at her friend’s apartment Coral tells me about her dog and she says one year to a dog is like seven years to a human which is like seven hundred years to the oldest living tree which is named Methusela, named after Methusela who lived a thousand years or a thousand solar years which is roughly seventy-eight years, she says that we only dream about ninety minutes in sleep but those dreams warp time to their whim to brief moments passing like beams of light or entire lifetimes, isn’t that neat? That there are other worlds we hold in our memories through time forever, psychic and subconscious worlds, that we can’t understand infinity because there is no point of reference. Another night, a different one, I think the second night we met and she held my hand that night, we walked past a restaurant and we could see inside, an old couple celebrating their fifty-year wedding anniversary and everyone was happy and everyone was saying congratulations and we looked good together, our reflection in the window outside looking in, and it’s love again and the universe is one long yawn now, a long yawn from the mouth of a woman waking up in a bed, in the morning, the sun in the sky still burning I suppose, something burning between us.

And that was it. We made love that night for the last time, we slept and we dreamt, we lived an entire lifetime. Something coming back to me. The next day she walked me to my bus after a nice morning of coffee and breakfast and we didn’t talk about what we’d done together and we didn’t say goodbye, she kissed me lightly and said thank you. I said the same. Then she was gone, nothing else to say and what better way to part than that way, a thank you and gone. She never told me about the man who hurt her, I never mentioned mine. Would things have been different if we’d known? If she’d pulled back the mask and I’d seen the machinations of pain moving like the inside of an ant farm, would I have stayed? If I’d shown her the chasms of my forgetting?

(PS) We’re offering 25% off all short story collections on our website until May 30.

Brad Casey is a Toronto-based writer and photographer. His debut book of poetry, The Idiot on Fire, was published in 2016. He is a former staff writer for VICE, and has had numerous articles published internationally and in dozens of languages. In 2014 he founded and was Editor in Chief of the limited-run literary journal The 4 Poets. His writing has appeared in Hobart, Peach Mag, The Puritan, BAD NUDES, GlitterMOB, and more. He has organized reading events and performed his work in Toronto, Montreal, New York, Los Angeles, Berlin, and Gothenburg.