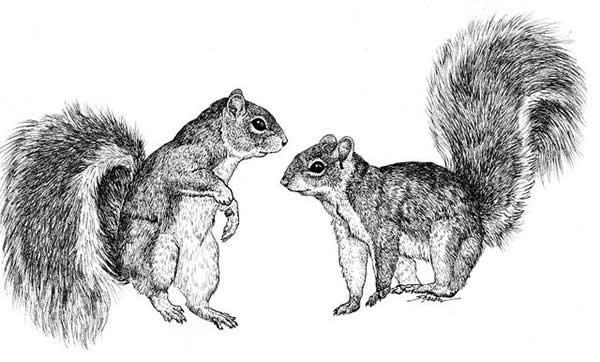 Playing on themes of love and relationships, future-politics of the English language and the current politics of the Ottawa Valley, the sonnets, tercets and dialogue poems of this new collection strike powerful and deliberate chords even while they frolic and surprise. Selected by BookThug Poetry Editor Phil Hall, the pet radish, shrunken finds the playful and prolific Pirie at the top of her game.

BookThug alum Wanda Praamsma, author of a thin line between (2014), sat down with Pearl to discuss the pet radish, shrunken (now available from BookThug, or from your favourite independent bookstore).

Wanda Praamsma: How would you describe this collection?

Pearl Pirie: Sure explorations of journeys outward and onwards, inward lingward and lungward.

The first section, make no sudden loves is about relationships, personal, surreal and cultural. The second section, Tetchnique is more civic-minded of Ottawa valley of stress, plain speech, and being anthropologist while the third section of poems, The Hem in Vehement is more political, about how language in new shapes make for new possible future. Each section has cross-ties, such as the recurring Secret Agent Squirrels.

WP: Many of your poems are funny, and there is a definite playfulness with language. Do you think about humour while writing, or does it simply slink around with you all day long?

PP: Glad to hear. Humour is personal and sometimes it doesn’t connect. My throws can be pretty wild but if you’re in a position to catch it, super.

Life is funny. I mean, making blueberry sauce, how can one not imagine it is the fingers gored from having killed a muppet? Why would one not answer humour’s knock-knock?

Can you decide, I shall make a humourous poem? Or it’s time for an emo poem. Maybe you can. You go with energies or resist them. You decide moment to moment who you’ll be, what is valuable and worthwhile.

What you write about comes from a posture to things. Everything isn’t dire pain and prayerful as some lives would have you believe. It’s a thing but not the only response. The narrative of hand-wringing comes from cultivating fear in the writer and the readers. I did that. It’s a means of controlling the scary thing by putting it in a box but I don’t think it served me.

It’s more popular to say that poetry and humour don’t go together than what actual practice is. Look at Paul Morin in his don’t-grow-older-blandly, grow-bolder-grandly poem, “Synderesis,” as translated by John Glassco, “do not insist on gathering roses: it leads to arteriosclerosis […] cease to officiate at the pagan altar,/and beneath thy roof/hide thee and slumber/like the complacent placid cucumber.” It’s better in entirety. But do you get the sense? I mean, have you ever seen roses rhymed with arteriosclerosis before? And cucumber isn’t rhymed with nearly enough. I get people telling me incredulously you put anything into a poem, as if that were odd. As if poetry is like nature, which people and cities are apart from.

WP: I wonder, too, about your sly ability to poke at various things: government, authority, consumerism, type-A striving, literary striving, love, the weather, animals … lots and lots of things. Where does this poking come from?

PP: Because they’re funny? From choice either to feel more irritation, boredom, frustration or get a reality check. And I like to amuse myself and others. Life has all the gravitas of being stuck to flypaper but life’s components are pretty absurd. We are one of billions of specks among countless billions of life specks on a speck of an earth in a dusty universe with millions of earths.

WP: I am curious about your relationship with form. You seem comfortable moving in and out of various constructions. Do you consciously think about it while crafting each poem, or is it more intuitive than that?

PP: Sure, sometimes. Conscious and intuitive are at the same time. I edit fast and often. I throw forward a lot and throw out a lot. Some utterances could be tailored to fit some lengths and shapes of thoughts of particular forms. It takes a nudge to complete an idea into some pre-existing form. That gives a sense of expectation and pleasure payoff. It’s a challenge to see if I can. Some sounds try on various outfits and see what muffin tops.

Without pressure, there’s off-the-rack slacks, the fit no one well sack dress. It is more pleasant to pin a form of regularity than have amorphous blurt unless it’s a quite magnificent burst. To write to form is like reading. You are training the thoughts to map along a new shape.

WP: What about your titles? Do your poems start with titles or do those come later? How does a poem begin and end for you?

PP: Titles are the first entry point when it’s done. They are the first hook, set-up, fair-warning and approach. Hopefully the content can live up to the title.

Like any other part of the poem I want the titles to be load-bearing, but a poem can start at any point. I recently updated my writing stats (http://pagehalffull.com/pesbo/2015/02/03/poetry-writing-rates/) and saw since fall of 1991 I’ve done over 5000 poems. There is no pattern to how or when they start or end except that I start and end them.

I like distinctive titles that don’t sound like the ones I’ve read before. I want something memorable. Looking back at award winning books of the past 60 years (CanadianAuthors.net) there are a lot of plain common words for poetry collections: Alden Nowlan’s Bread, Wine and Salt, Margaret Avison’s Winter Sun, bpNichol’s Still Water, Ralph Gustafson’s Fire on Stone, Cècile Cloutier’s L’écouté, Heather Spears’ The Word for Sand.

A title isn’t enough to make a collection good, bad, memorable or forgettable but I like word play like #ChangeALetterRuinABook and the matryoshka structures within the radish, so a lively title is fair warning. I like poetry that moves at internet speed, willing to change gears and keep alive with humour. I like the messy complexity of lack of resolution.

Like poetry itself, a title is a delivery mechanism, not a thing in itself. It’s a function, a category, like vending machines. Who is a fan of anything that could come out of a vending machine? It’s all about the particular consumed. The question is does the thing delivered help sustain life vibrancy or dim it?

WP: And finally – you are quite entrenched in the poetry community, especially in your city, Ottawa, and you’ve published many chapbooks, full collections, and won awards. How does the pet radish, shrunken fit into your repertoire? Were there life events that spurred it on, or was it a natural segue?

PP: Well, there was that time that the bat got woken from hibernation by an early thaw and started a basement rodeo with hubby and I trying to corral it, me with a shoe-box in hand, him with a flashlight from the farthest wall, and the cat getting in on the action leaping and meowing. The little brown bat quietly found her own way back out and didn’t return. She must have decided that there have got to be better co-lodgers than us.

But no, that probably had no bearing, but life is satisfying and full of diversion.

I have written full time for the last 9 years, apart from volunteering with festivals and life maintenance. Listen to anyone newly retired (How was there ever time for a day job?) and there’s that marvel of how life fills up to fit any size of opening. Life is a gas that way.

I recently passed over the organizing of the Tree Seed Workshops and The Tree Reading Series has it being ably handled by my successor Chris Johnston. My micropress, phafours, is putting out Vispostcards this spring/summer of visual poetry as well as a couple more mini chapbooks and a recent anthology chapbook on chocolate poems. I do a pop-up reading for poets who are coming thru town and want to do workshops to pick up more tour-travel-cost-recuperation.

I have over a dozen book projects underway at any given time, working on 3 or 4 predominantly; presently a chapbook of pwoermds, Unwordof!, The Collected Diaries of Apostrophe and Semicolon, which is a novel in sonnets, a book of tanka, Pretending These are Distinctions, A Sudden Lack of Spontaneous Combustion which are poems of surrealism and magical realism (two subsets of chapbook which are out circulating) and I am reworking an anecdotal imagist lyric manuscript with a working title of Palmed Suns.

How does this radish fit in? Monty Reid pointed out in an intro to me that I have a knack of odd titles. Let’s see, the pet radish, shrunken, polyphonic choral of civet tongues and manna, Vertigoheel for the Dilly, been shed bore, Mammals of Hoarfrost, over my dead corpus. Guess so. I like language that is interesting and dense.

The radish is like some of the past ones in being off-centre field and in not being a book as one monolithic project. It took some of the poems that worked best in seemingly dead-end series or manuscripts that weren’t a book long in the end. Some poems come from oulipo techniques, some from corpus searches. Some from taking dictation in the field and boiling down to the tastiest bits.

Read two poems from the pet radish, shrunken, previously published on the BookThug Blog, here, or order a copy of this magnificent collection, here. Friends in Ottawa! Pearl will be reading alongside Colin Browne at the A B Reading Series at the Ottawa Art Gallery (2 Daly Avenue, Ottawa) Thursday, May 14th, 2015 at 8:00 pm. For more info or to RSVP, please visit, here.

Pearl Pirie is the author of been shed bore (2010) and Thirsts (2011), which won the Robert Kroetsch Award for Innovative Poetry. Her poetry has been published in numerous literary journals, including filling Station, Bafter C, Arc Poetry Magazine, Gusts, PRECIPICe, Dandelion, and This Magazine. Her poem “Summer Names” was shortlisted in the Best Canadian Poetry, 2014, and she made the 50-poem longlist for Best Canadian Poetry, 2011, for her poem “The First Mother’s Day After Dad’s Death.” (Tightrope Books). Pirie’s work has been included in several anthologies, focused on innovative poets, haiku, and other genres of writing. She has several chapbooks produced in Canada, France and Japan. She has produced two dozen titles under phafours press. Since 2009 she has managed the Tree Seed Workshop Series. the pet radish, shrunken is her third full-length book of poetry. Connect with Pearl on her website, www.pearlpirie.com, her poetry and poetics blog, http://pagehalffull.com/pesbo, or on Twitter @pesbo. 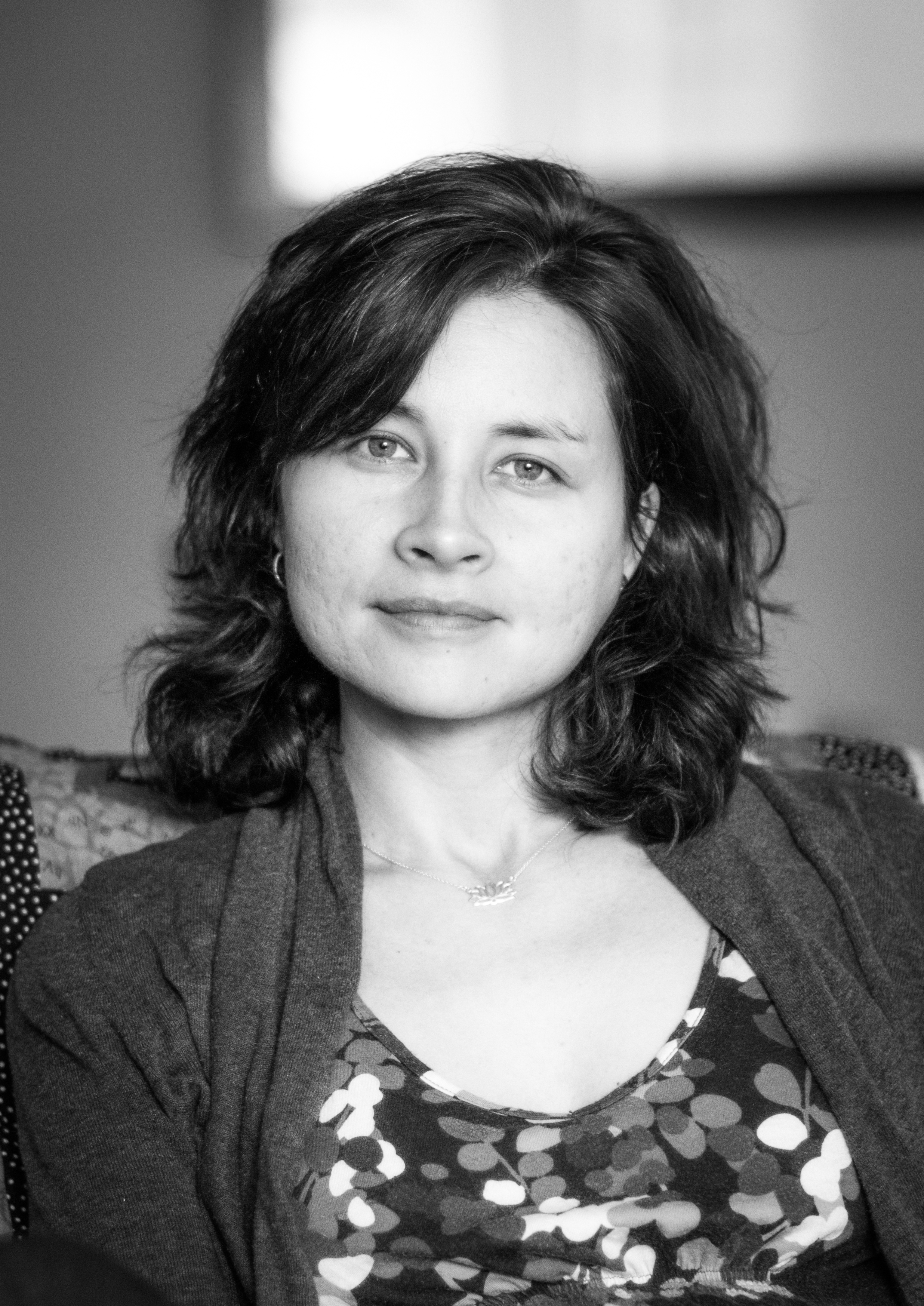 Wanda Praamsma grew up in the Ottawa Valley in Clayton, Ontario. Her poetry has appeared in Ottawater, 17 seconds, and Feathertale, and several literary non-fiction pieces have appeared in the Toronto Star, where she worked for several years as an editor. She has worked, studied, and lived at various points in Salamanca, Spain, Santiago, Chile, and Amsterdam, The Netherlands, and has travelled to many places in between and beyond, including Cuba, India, and the Balkans. Praamsma lives Kingston, Ontario. a thin line between is her first book of poetry (BookThug 2014). Find Praamsma at www.whywandawrites.com, or connect with her on Twitter @wpraamsma