In Conversation: Malcolm Sutton talks with Carellin Brooks about her new novel One Hundred Days of Rain | Book*hug Press 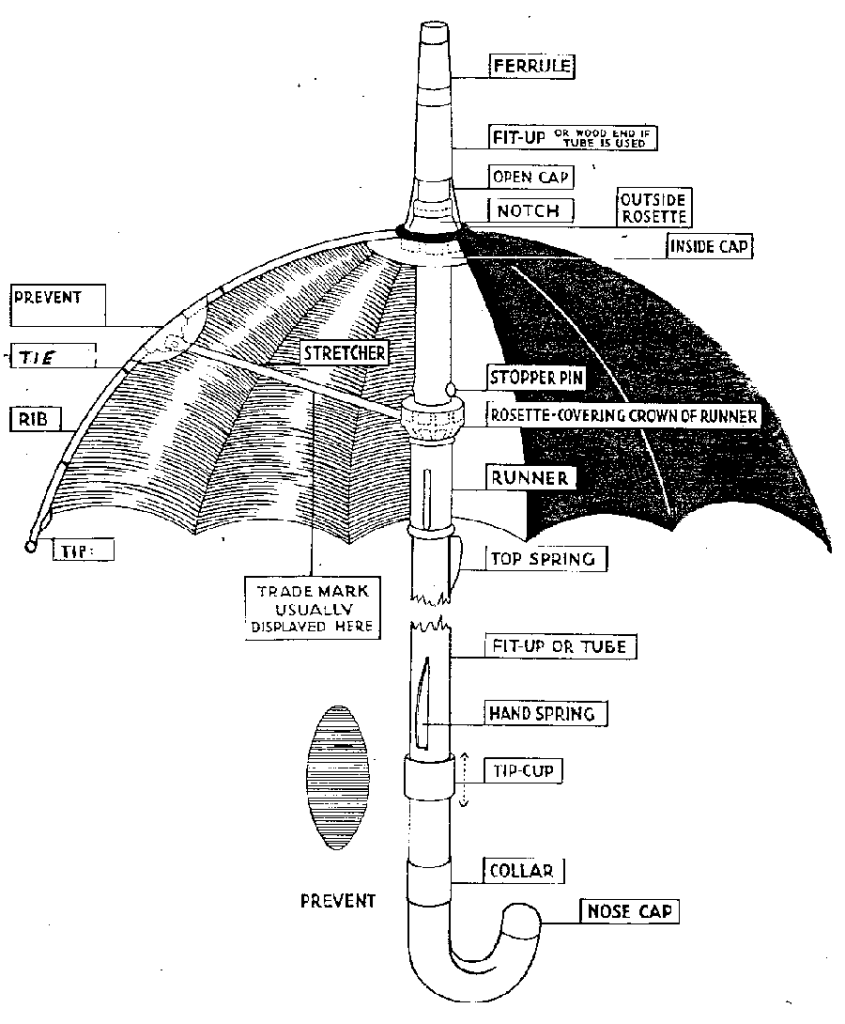 Carellin Brooks’s acclaimed new novel One Hundred Days of Rain chronicles an unnamed narrator’s struggle to rebuild her life in the aftermath of a violent breakup. Set in the profoundly rainy city of Vancouver, each short, elegant chapter (99 in total) is a rainy day, or a rainy moment of a day in the life of the unnamed narrator. Through these sporadic cloud-bursts of contemplative prose, Brooks refracts the hard work of urban adulthood, single motherhood, and of weathering the inglorious aftershocks of a messy divorce. What pulls the narrative out of the everyday is the way Brooks camouflages it all in an exquisite poetry of raininess. Publishers’ Weekly calls One Hundred Days of Rain “a delectable, mesmerizing, and poetic debut novel ….[Brooks has produced] a memorably profound and stylish portrait of love’s complications.” On the eve of the Vancouver Launch for One Hundred Days of Rain, BookThug Fiction Editor Malcolm Sutton sat down with Carellin Brooks to discuss her new novel.

Malcolm Sutton: Your new novel, One Hundred Days of Rain, pairs the aftermath of a violent breakup with the ubiquitous (yet at the same time mercurial) presence of rainfall. Did the story of a breakup attract you to rain, or did rain attract you to a breakup story? Where did you begin?

Carellin Brooks: I was playing with the whole concept of pathetic fallacy. I wanted to talk about the most boring subject I knew, which was rain, but also to have the character’s emotional state mirror that kind of flatline. The best way I knew to convey that was to have her taking stock in the aftermath of an horrific breakup. We think of breakups as cataclysmic, and they are, especially when there are more than just the two people involved, but their tail end is also very day-to-day in this kind of despairing, one-foot-in-front-of-the-other way.

But I didn’t begin with either of those things. I began with a newspaper story, and a short exchange on an elevator. The newspaper said that our city was well on the way to beating its record for continuous days of rainfall: thirty-some days in a row. At the time, we were at the tail end of those thirty-some days, and it was dismal. I got on the elevator, and we passengers started, as always, to talk about rain. Then we began discussing the rainfall record, and I realized that instead of hoping for the rain to stop, as always, we wanted it to continue so we would beat the record. This kind of reversal interested me, and I thought about what it would be like if it rained for a hundred days in a row.

MS: Your novel is broken up into one hundred short chapters (if you include the first, unnumbered section), each one accounting for the presence of rain in the life of the narrator. Do you feel that in making use of such a formal framework that you put the novel in dialogue with others like that also emphasize similar formal qualities? Are there works that you were thinking about while writing One Hundred Days of Rain?

CB: My novel is broken up into 99 short chapters, because I like the tension of that unwritten 100th chapter. I always think that suggests that the reader could write her own. I definitely think that the novel’s formal structure does put it into dialogue with other books that use the same sorts of short chapters – books like Anne Carson’s Short Talks, which were these prose poems that hinted at so much, or Elizabeth Smart’s By Grand Central Station I Sat Down and Wept, which has a similar elliptical quality and the same sorts of strong emotions running through. I didn’t think about these works consciously while I was writing, because I didn’t want to influence the writing too overtly, but later I looked back and saw the resemblance. I’m also influenced by a lot of Rebecca Brown’s writing. She is a Seattle author, minimalist and beloved, who has done these great sorts of allegorical works, very spare and beautiful. In general, though, I love the idea of a conceit – a formal structure makes a book very easy to write, for me at least.

MS: I’d like to think again about form in your novel, in a way that’s less about order. In a novel I recently read by Argentine writer Juan Jose Saer, a character asks, What is the novel? and the other character answers, The decomposition of continuous movement. Somehow this definition resonates with what you have done. Would you be able to speak to this definition?

CB: Gosh, I have no idea what that means. I did feel very strongly that I wanted this book to have a quotidian quality. So much of what we do is marking time, while all of this world unfolds around us, and we have our heads down all the while, thinking about something stupid. At least I do. I mean, someone is talking about the sublime and I’m planning a salad… which can be sublime, but still. So, yes, if I take the quote to speak about a kind of circularity as opposed to the forward movement we’re supposed to desire, that would speak very much to the experience of this novel.

MS: A violent act performed by the narrator is, in a way, what sends the narrator in the direction that she heads throughout the novel: it produces her breakup as well as all of her interactions with legal authorities and police. How important was it for you to use violence as a narrative engine? Was it difficult to write violence?

CB: Isn’t violence the easiest thing of all to write? I know that sounds flippant, but you have built-in drama, a climactic moment and so forth. In some ways, I think we as writers reach for the dramatic – even violent – moments because they get us off the hook. And they’re drivers, as you note. They start things in motion, good or bad. So really, it wasn’t as important for me to use that as the engine – although, guilty as charged, I did want to begin with a bang – as it was for me to explore the dailiness of the aftermath. Things like the narrator worrying about receipts, or wandering around stores looking at stupid stuff, in the rain. Although, if I’m completely honest, I have to say I didn’t really figure out what the book was about until much later. I had this framing device of rain, where she’s formally setting out to describe the rain every day for a hundred days, but what the heck else is she doing, and why?

MS: The germ of a future novel often comes out of the working through of a present one. Did working on One Hundred Days of Rain lead you to beginning anything else?

CB: Well, my next novel couldn’t be more different. It’s a chronicle of a formative few years where the narrator goes to Oxford on scholarship, while at the same time exploring London’s lesbian sadomasochistic scene by night. It’s set in the nineties, when all this stuff was very urgent and immediate and the so-called sex wars were still raging. So although I’d love to oblige, I’m not sure I can draw a link between this book and One Hundred Days of Rain.

The other day I was on a mini-ferry on the water during this terrific rainstorm. I was watching rain absolutely pepper the surface of the water, turning it into something completely different, and thinking “I never wrote about that.” So am I done with rain, or with weather? I’d like to think there’s only so much you can say, but who knows?

Please join Carellin Brooks on Thursday April 30, at Pupfiction Books to celebrate the Vancouver launch of One Hundred Days of Rain.  In her review for The Globe and Mail, Jade Colbert writes “One hundred days of rain in all possible variety (this is Vancouver), side by side with equally subtle shifts in mood described in sparse, poetic prose. It’s heavy material but, as with poetry, rewards contemplative reading in quick breaks.” Read the full review, here.

You can read an excerpt of the One Hundred Days of Rain on the BookThug Blog, here, and at Open Book Toronto, here.

Order your copy of One Hundred Days of Rain from BookThug.ca TODAY!

Carellin Brooks is a Rhodes Scholar and the author of fresh hell: motherhood in pieces (2013), Every Inch a Woman (2011), and Wreck Beach (2007). She edited the anthologies Carnal Nation, with Brett Josef Grubisic, and Bad Jobs. She is the winner of the Books in Canada Student Writing Award for poetry (1993), the Cassell/Pink Paper Lesbian Writing Award for non-fiction (1994), and the Institute for Contemporary Arts New Blood Award for prose (1995), Brooks lives and works in Vancouver, where she was born. Connect with Brooks at www.carellinbrooks.com or on Twitter @carellinb. 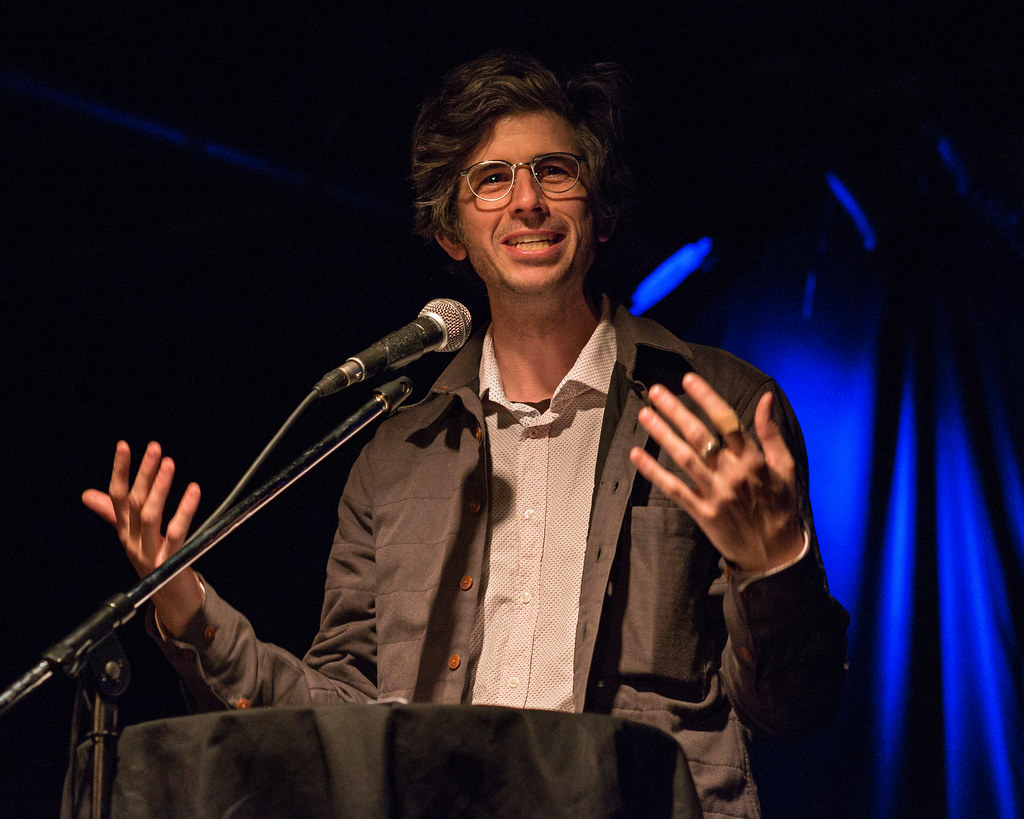 Malcolm Sutton is a writer, editor, book designer and educator. He is the founding editor of The Coming Envelope journal of experimental prose and fiction editor at BookThug Press. He teaches various forms of writing at universities in Toronto.