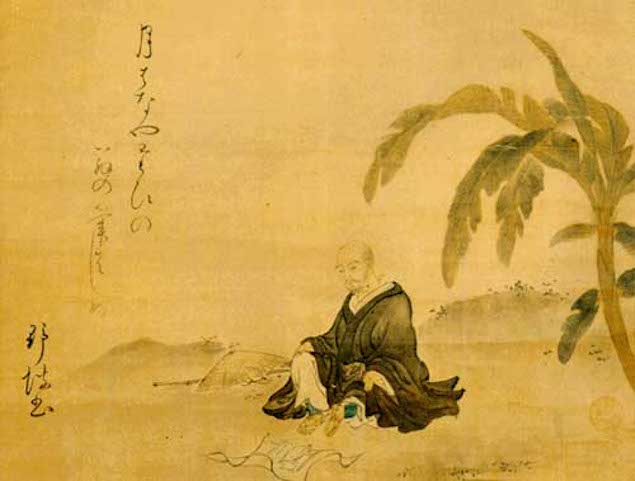 In Part 2 of our preview of Phil Hall’s latest book, Conjugation, we’re pleased to present an exclusive essay by Phil Hall. Enjoy!

When I first get up, I am half asleep, it is still dark, my glasses are useless, most things don’t exist yet, in me or out there, I can say anything…

I take the word conjugation from Robert Kroetsch’s “Poem For My Dead Sister.” His line “pretense of dawn, prohibit and to conjugate.” Here is where I first stopped to consider the word…

I realized I was making dawn poems—against pretense, against prohibitions.

Later, my daughter, Brette, gave me from Spanish the word madrugar: to wake up very early in the morning, that feeling of being awake so early…

I have taken madrugar—a verb in Spanish—to be a noun in English, and to designate a poem that is written just when one wakes up, an unsecular matins.

I have taken conjugation to mean the obvious grammatical movement of pronouns through time (I am / you are / they will be),

but also something wider: a tumbling of slight variations, small word by small word—incremental letter adjustments, the almost repetitious music that can result…

Conjugation also refers, in biology, to the transfer of information between cells.

What I do is stagger words inside their other possibilities: circles & folios, ripples & portmanteaus, butcheries & veils.

This, to me, is a lyric method. It is, in its constant adjustments, also a replacement for narrative: & Jill came tumbling after…

It is as if the individual letters inside a word were each rolling through their possibilities, A to Z.

The dramatic context for Conjugation is that I am sitting outside at dawn at Otty Lake, where I live, in the woods. The first light is coming over the trees…

A rough immediacy, Gap & Hum, caesura, syllables as musical notes, spaces as clearings in the tangle…

The lyric weaving of honesty (whatever that citizen-assemblage can be) is about the stuck self—toward revelation & transformation.

One of the sequences, Artery, was originally commissioned by CBC as a response to Lawrence Hill’s Massey Lectures on Blood.

For 3 years after that commission, I worked on the poem—toward saying, aslant, that the whole concept of blood (heritage, race, etc.) is oppressive & should now mean nothing…

In Artery, I use the ancient conceit, out of Chaucer’s Parliament of Fowls & elsewhere, of falling asleep (on the subway) & having a vision (of Norval Morrisseau & Norman Bethune etc.), then waking up to see the world more clearly.

Another of the book’s sequences, The Rogue Wave, was originally commissioned by the Banff on-line arts journal Boulder/Pavement. It addresses the subject of murmuration.

In The Rogue Wave I speak of the practice of blind typing: to flail the fingers upon the keys—to flock the fingers—without a thought to meaning.

Then, the delusional expectation of having typed some deeper sense…

To have achieved a subconscious murmuration, that elegant design of thousands of birds turning on the air…as if writing.

Another of the sequences, Essay on Legend, tries to get at the root of my problem with anecdote by discussing Al Purdy & Alden Nowlan, but also Louis Zukofsky & Gertrude Stein.

Stretching from A to Z, then, this poem also poses, jokingly, myself as a sort of Japanese hermit-poet, called “Otty”—the name of our lake—in the same way that “Basho” took the name of the tree his students planted outside his hut, or in the way that “Issa” means “One Tea.”

In Essay on Legend I include two revised poems from very early on, among my earliest published poems: the one about my father shooting the cat, & the one about Lloyd Kelly getting married.

There is a smaller sequence about living in Vancouver in 1980. It tries to evoke that city in those days. I lived there from 1979 to 1985.

The autobiographical incursions in Conjugation are most found torn apart inside two sequences: The Chase, and Poor.

The Chase tracks Olson’s Push (or the compulsion to write), & its dilemmas, from Bobcaygeon 1968 to now.

He is, in the last section of The Chase, hitting the 401 freeway where 35 & 115 highways, coming from the north, intersect with it near Bowmanville…

He pulls the red nose off, he stops drinking, he’s gone…

And the poem Poor tries to get at the resentment, despair & panic of rural poverty, as well as at the poverty of language that still abounds in & out of such childhoods…

Cuneiform—those earliest mud-marks (∆ ∆) of writing—a symbol used in various ways throughout the book—is mentioned in Poor. (What can’t quite be uttered—but needs to be—becomes a gesture—a poke with a stick…)

The horses & fish (how many there are!) surprise me: I am allergic to horses, & I am not big on fish, nor do I eat them…either of them.

The last section, Amy Cosh, is a return to the madrugar entries of the beginning section.

I am again outside at dawn beside the lake, & am writing about my librarian in Bobcaygeon when I was a kid.

To keep one’s voice is as if to be overrun with voices…with sensation, or as if with insects…bug sounds…insects conjugating.

In this sense, a library is a roar of voices. Or libraries used to be. Though silence is spoken here…

Librarians are the new buffalo!

This book-thing that says it is my music…

A scar worried into rock, some ocher & animal-lard smeared around it…

My favourite line in Conjugation: warty yellow in the unscythed timothy.

I like the big size of it, and the faded blue jean jacket rough textures of it.

The black end-papers give it weight & torque, I hope…

I feel an over-exposure of having been too honest. Dissemblingly.

What I am most pleased with is what I worked hardest at: to keep the sense of spontaneity line by line, phrase by phrase, as if the words were just being thought of by me as you read them…

(as Stonehouse (Shihwu) says in Red Pine’s translation: right now I am writing a right-now line)

…so that the poems don’t seem like artisanal fossils, & so that inside the book the reader is not in a museum,

but rather that the reader is inside the fear & doubt, risks & defiance, even the embarrassing flubs of the author.

This will make the poems frightening or pathetic for some people who do not like the raw but prefer the cooked in their reading. (See Levi-Strauss. See Robert Lowell.)

If it seems that I might say anything next in these poems, that’s what I wanted.

If the author cannot quite be relied upon to be reasonable, or logical, or beautiful, or consistent…this I intended also.

The danger is that readers will take all this as weakness, whereas I suspect that my willingness to let weakness show is the poem’s power.

As the poem gets stronger, I would fade away. There is always a sense of alienation with a new book: the poems have kicked me out of them, the illness of intense focus that they are has lost its fever.

Was I ever really that sick? Did I actually write these?

Structurally, this book is unified by my use of a 2-line / 1-line alternating pattern & form throughout. A free verse terza rima…

Spaces between phrases & between words allow the syntax to be infused with floods of words from other angles, so that a quilting or cross-hatching or braiding may affect the texture.

Thereby, the language is kept travelling into and out of itself, escaping my ego, I hope, while revealing, word by slightly different word, my deeper connections & avoidances & disconnections to things – to what used to be called poetry’s subjects…

Topics is too grade-school-y; subjects is too colonial. My choices of focus are my preoccupations, my obsessions. Or it is OK to call them line props too.

At times, writing this book, it felt like I was writing my last book.

When I put the autonomous sections of it together, & could read it through, what a sad book it seemed!

As if I were waving goodbye, or as if I were sick and dying, which I am not, at all.

I see now that this tone of last things came out of a discouragement about Canada during these years: Steven Harper’s war-mongering, oil-plundering, disregard for citizens.

In these years, this has been matched in poetry by an international conservative formal cleverness that is in opposition to my own personal-language-based, regionalist & outsider-ish intentions.

Innovation does not come from “masters,” but from those who are ruined by language, &/or cracked in the head. Innovation arises from the shop floor. Its impulse is not to dominate, but to be encouraging and generous to everyone, toward collective arrival.

This recent pall over our culture and country darkens the whole book. In one of the poems near the end I say (after Antonio Machado, who was speaking about the Spanish Civil War):

all our premise     appropriated     sneered at     betrayed

river by river     mountain by mountain     sea to sea

But now, reading the book over again, as it pours into its perfectly textured design (by Mark Goldstein), I am surprised & pleased – I can hear it at last as also diligently (perhaps stupidly) jubilant.

The right now-ness of the madrugars is theatricality; I’ve built them artificial toward integrity. My theatre is Grotowski’s Poor Theatre, for a small audience of primitives; with puppetry & vaudevillian optimism in each performance, too…

All of this is toward a fuller, more intricate—conjugating…

My poems, in their groaning inclusiveness, are not sad but hopeful.

Phil Hall is a writer, editor, and teacher. His first book, Eighteen Poems, was published in 1973. Among his many published titles are: Old Enemy Juice (1988); The Unsaid (1992);Hearthedral-A Folk-Hermetic (1996); An Oak Hunch (2005); White Porcupine (BookThug, 2007); Killdeer (BookThug, 2011; winner of the 2011 Governor General’s Literary Award for Poetry, the 2012 Trillium Book Award, and shortlisted for the 2012 Griffin Poetry Prize); TheSmall Nouns Crying Faith (BookThug, 2013); Guthrie Clothing: The Poetry of Phil Hall, a Selected Collage (2015); and My Banjo and Tiny Drawings (2015). Hall has taught writing at York University, Ryerson University, Seneca College, George Brown College, and elsewhere, and has held the position of Poetry Editor for BookThug since 2013. Conjugation is his latest book. Phil lives with his wife near Perth, Ontario.