The Excavation of Memory: In Conversation with Kim Trainor | Book*hug Press 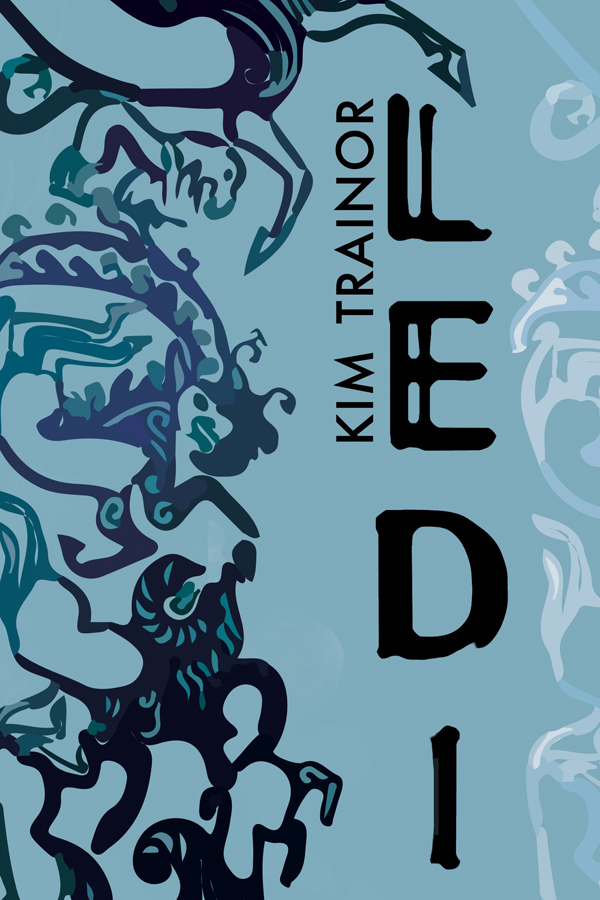 Ledi, the newly released book by Vancouver poet Kim Trainor, describes the excavation of an Iron Age Pazyryk woman from her ice-bound grave in the steppes of Siberia. Along with the woman’s carefully preserved body, with its blue tattoos of leopards and griffins, grave goods were also discovered—rosehips and wild garlic, translucent vessels carved from horn, snow-white felt stockings and coriander seeds for burning at death. The archaeologist who discovered her, Natalya Polosmak, called her ‘Ledi’—‘the Lady’—and it was speculated that she may have held a ceremonial position such as story teller or shaman within her tribe.

Griffin Poetry Prize shortlisted author Sandra Ridley says, “Ledi haunts across epochs. It is a raw embrace with the dead. Grappling observer, exquisite witness, and tender participant in excavation, dissection, and summoning, Trainor latches us to the glorious body’s artifact and to what persists and to what is subsumed and substantiated after our ritual ‘dig.’”

This book-length poem presents a compelling story in the form of an archaeologist’s notebook, a collage of journal entries, spare lyric poems, inventories, and images. As the poem relates the discovery of Ledi’s gravesite, the narrator attempts simultaneously to reconstruct her own past relationship and the body of her lover.

Book*hug intern Mary Ann Matias recently sat down with Kim to discuss the writing process behind her latest poetry collection.

Kim Trainor: Some years ago I saw a BBC documentary about an Iron Age horsewoman whose grave had been discovered in the steppes of Siberia. She had blue tattoos on her arms and shoulders, and she was buried with her horses. It is thought she might have been a story teller or shaman. After I finished my first book, Karyotype, I knew that this Iron Age horsewoman—who was named “Ledi” or “the Lady” by the archaeologist who discovered her—would be the focus of my second book. But when I sat down to write, I found myself writing not about Ledi, but about my first lover, in spare, journal-like prose entries. It hadn’t been my intention to write about him and his later suicide. The vulnerability of Ledi, her exposure, the dismantling of her grave—the violence of this process—began to function for me as an analog for the excavation of memory, especially as it relates to traumatic experience.

KT: I wrote the first draft in a two-week period, and it has changed very little, with the exception of adding a penultimate section, “Ghost,” which I wrote two years later, during my time in the Writing Studio in Banff, in 2016. At Banff, Karen Solie read over the entire manuscript and made suggestions, often line by line. She also encouraged me to take “Ghost” through several drafts, which was very difficult to do as it is the most personal of all the sections of the book. I also met Jennifer Zilm there (her first collection, Waiting Room, had just appeared with Book*hug), and she annotated the manuscript for me when we spent a long afternoon writing in the old Banff cemetery. Finally, Jennifer LoveGrove worked as my editor at Book*hug; most of the final edits involved paring things back even further. It’s a lean book.

KT: A short time after I completed the final section of the book I heard a song by Rae Spoon called “I’ll Be a Ghost For You.” It stopped me in my tracks. There are lines that go, “If you feel me in your bones, I have found a home./Permanent like a tattoo, I’ll be a ghost for you.” So much of my book is about the ways in which we touch and leave marks on others, how past lovers haunt our bodies. This beautiful, ethereal song always brings me back to that particular time in my life, and to Ledi.

KT: The first draft of Ledi was written in the learning commons at UBC: it’s a large communal space with tables and computers in the old main library. I wrote “Ghost” every morning sitting in the Maclab Bistro, which has a beautiful view of the mountains. When it wasn’t too cold I’d sit on the patio bundled up in hoody and jacket and gloves, scribbling in my notebook.

KT: I completed a manuscript called Bluegrass last summer. It’s based on the 64 hexagrams of the I Ching. I use the North American ghazal form as a kind of poetic transcription of a period in my life, beginning with the break up of a relationship—this is the title sequence, which won honorable mention in the Fiddlehead’s Gustafson contest last year. Then it follows the development of a new love, one ghazal per hexagram. But the eclectic form of the ghazal also allows me to incorporate material from daily life in Vancouver as well as global events—the fentanyl crisis, the Syrian civil war, ecological devastation. We live our private lives embedded in the world. I tried to capture this granular texture of life.

More recently I’ve been working on a book-length poem which I think will take a collagist form similar to Ledi. Its working title is When They Come to that Open Country, an allusion to Virgil’s Aeneid, in which the singer Musaeus shows Aeneas the scouring of souls and the Elysian fields, an “open country swept with light.” The poem is about my uncle, who died at the height of the Tết offensive in Vietnam, in February 1968, and my aunt, who never recovered from his loss. Although he was Canadian, he was drafted while they were living in California. Instead of returning to Canada, they chose to remain in the States, and he became a Specialist 4 Infantryman in the US Army. His tour of duty lasted only 27 days. My aunt learned of his death on Valentine’s Day and was never the same after her loss; she died 8 years later, possibly by her own hand. I’ve always been drawn to this family history, perhaps because it was so rarely spoken of by my mom or grandma. I want to create a poetic archive, drawing from newspaper reports, maps, family photographs, my own few recollections of my aunt, to piece together their story. Ledi taught me some things about how stories can be told within a long poem; there are also some photographs of desert flowers incorporated into Ledi, as part of it is set in the Mojave, and that has given me a desire to incorporate even more ephemera into this new book.

Order your copy of Ledi here. 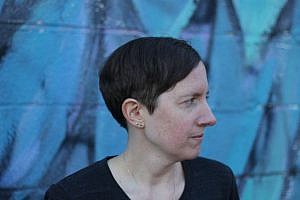 Kim Trainor’s first poetry collection, Karyotype, was published by Brick Books in 2015. Her poetry has won the Gustafson Prize and the Malahat Review’s Long Poem Prize, and has appeared in the 2013 Global Poetry Anthology and The Best Canadian Poetry in English 2014. She lives in East Vancouver.