With Father’s Day just around the corner, we’ve put together a list of books that the Dad in your life will love. This eclectic selection of literary and poetic titles—vast in both meaning and mileage—take us to outer-space and back, and through questions of how to live, love, and connect. Many of these books feature fathers, or odes to fathers, investigating what family looks like and the ways we locate ourselves in its ever-evolving formations.

PS) Take advantage of our Pride Month Sale! Save 25% off all available titles until the end of June. Use code PRIDE2022 at checkout. 🌈 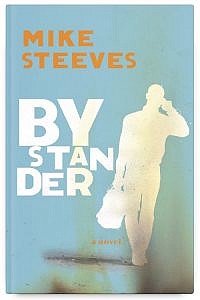 Peter Simons doesn’t spend much time at home in his apartment. Thanks to his job at a multinational company, he is often flying around the world, enjoying a life of luxurious solitude in five-star hotels. So, when he returns after being away for nine months and notices a strange smell coming from his neighbour’s apartment, he initially tries not to get involved, but when a body is discovered, Peter’s carefully cultivated detachment begins to crumble. And when new people move into the vacant apartment, he gets caught up in a petty dispute that will bring him to the brink of moral ruin.

“Steeves writes like a modern Dostoyevsky—or a literary Larry David—offering a searing indictment of white male mediocrity. Bystander is a howl and a rebuke, asking into the (smoke-filled) air, ‘why are we like this???’” Writes Sean Michaels, award-winning author of Us Conductors and The Wagers.

The Employees by Olga Ravn, Translated by Martin Aitken

Funny and doom-drenched, The Employees chronicles the fate of the Six-Thousand Ship. The human and humanoid crew members alike complain about their daily tasks in a series of staff reports and memos. When the ship takes on a number of strange objects from the planet New Discovery, the crew become strangely and deeply attached to them, and start aching for the same things—warmth and intimacy, loved ones who have passed, shopping and child-rearing, and faraway Earth, which now only persists in memory—even as tensions boil toward mutiny, especially among the humanoids.

“The Employees is not only a disconcertingly quotidian space opera; it’s also an audacious satire of corporate language and the late-capitalist workplace, and a winningly abstracted investigation into what it means to be human,” writes The Guardian. 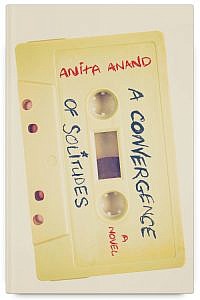 A Convergence of Solitudes by Anita Anand

A story of identity, connection, and forgiveness, A Convergence of Solitudes presents the lives of two families across the Partition of India, Vietnam’s Operation Babylift, and two Quebec referendums.

“A Convergence of Solitudes is an ambitious novel structured as a double album and focusing on two different families. Over the decades that their stories unfold, members of both clans grapple with solitude in its myriad forms. The novel paints a multicultural portrait of Montreal as characters converge on the city from around the world: India, Vietnam, England, Ireland. Fans of seventies prog rock will catch the sly references to Quebec superstars Harmonium. Anita Anand has created an impressive opus,” writes Neil Smith, author of Jones. 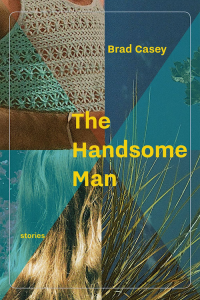 The Handsome Man is a collection of linked stories that follow several years of the life of a young man as he is drawn around the world: from Toronto to Montreal, New York, Ohio, New Mexico, British Columbia, Berlin, Rome, and Northern Ontario, along the way meeting hippies, healers, drinkers, movie stars, old friends, and welcoming strangers. He isn’t travelling, however; he’s running away. But as far and fast as he runs, the world won’t let him disappear, and each new encounter and every lost soul he meets along this journey brings him closer and closer to certain truths he’d locked away: how to trust, how to live in this world, and most of all, how to love again.

“The Handsome Man is a testament to the strength and resilience it takes for people to create new paths of living, being, and belonging in this world. It’s about a life given to adventure, chance, and intuition, and the various and surprising ways the world shows us care when we relinquish control,” writes Ashley Obscura, author of Ambient Technology. 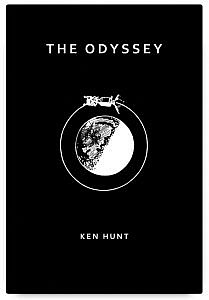 The Odyssey by Ken Hunt

In July 1969, humans embarked on an epic journey to land on the moon. Now, fifty years later, Ken Hunt utilizes NASA’s Apollo 11 voice transcription document, a chronicle of the first six days of that mission, to create The Odyssey, an erasure poem of star charts carved from the technical jargon and offhand remarks found in that transmission. The resulting text is both a progressive investigation and a commemorative homage to a major historic event; it will transport you from the surface of our planet to the eerie territory of outer space, a realm populated by the disembodied voices of ghosts, gods, and lost explorers.

“Like the first footprints of a sailor disembarking on an undiscovered island, Ken Hunt’s The Odyssey transforms the landscape. Each word is a blip, a wow, a tiny galley afloat on the Sea of Tranquility,” writes Derek Beaulieu, author of A Novel and Flatland: A Romance of Many Dimensions. 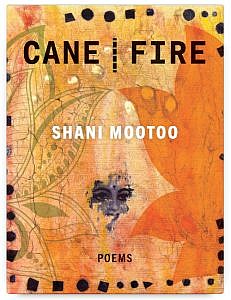 Throughout this evocative, sensual collection, akin to a poetic memoir, past and present are in conversation with each other as the narrator moves from Ireland to San Fernando, and finally to Canada. The reinterpretations and translation of this journey and its associated family history give meaning to the present.

“From the first exquisite poems to the collection’s lyrical and vulnerable culmination, Shani Mootoo undertakes a daunting and necessary vision: to extricate personal history and recast it. What emerges is bravely unruly, with viscerally felt lines that merge evocatively with Mootoo’s visual art,” writes Doyali Islam, author of heft. 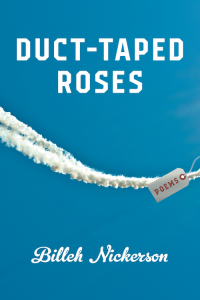 In Duct-Taped Roses, Billeh Nickerson shares heartbreaks and offers odes and elegies in reflections on family, community, life, and loss. As a bush pilot, Nickerson’s father would duct-tape his planes to keep them flying. The poignancy of his relationship with his father is celebrated here in the long poem “Skies.” Other poems reminisce about love and the complex resiliency of gay men.

“Nickerson looks up at his community from the gutter, not down from the condo loft–and therefore, as Wilde taught us, he can also see the stars,” writes R.M. Vaughan. 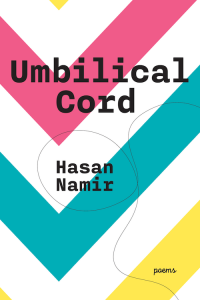 Lambda Literary and Stonewall Book Award-winner Hasan Namir shares a joyful collection about parenting, fatherhood, and hope. These warm, free-verse poems document the journey that he and his husband took to have a child. Between love letters to their young son, Namir shares insight into his love story with his husband, the complexities of the IVF surrogacy process, and the first year as a family of three. Umbilical Cord is a heartfelt book for parents or would-be parents, with a universal message of hope.

“Hasan Namir’s new collection expands on his poetic oeuvre, this time turning his lens to his own growing family. This book brings to light the connections that bind us, and the complex ways traditions of domesticity impact how we view our own families, and others,” writes Dina Del Bucchia, author of Don’t Tell Me What to Do. 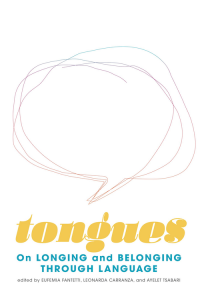 Tongues: On Longing and Belonging through Language edited by Eufimia Fantetti, Leonarda Carranza, and Ayelet Tsabari

“The collection is an extraordinary achievement, one that succeeds in creating a colourful tapestry out of the hundreds if not thousands of languages that live within the soul of the inhabitants of this land we call Canada,” writes Baisakhi Roy and Andreina Romero, New Canadian Media. 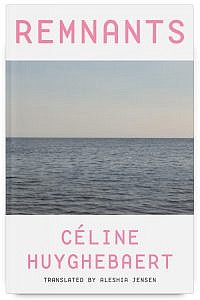 Remnants is an exploration of our relationships with family and perception, told through a profound investigation of a father’s life and sudden death. With various voices and hybrid forms—including dialogues, questionnaires, photographs, and dream documentation—Huyghebaert builds a fragmented picture of a father-daughter relationship that has been shaped by silences and missed opportunities.

“Utilizing a wide array of strategies both literary and personal, Céline Huyghebaert’s Remnants (here translated beautifully by Aleshia Jensen) delves into deeply human questions—what it means to be both a father and a daughter, the many ways the past is always with us, and how the ache of being continuously haunted by our own complex histories makes us fuller—with an inventiveness of new methods for both confronting and understanding them,” writes Jacob Wren, author of Rich and Poor.