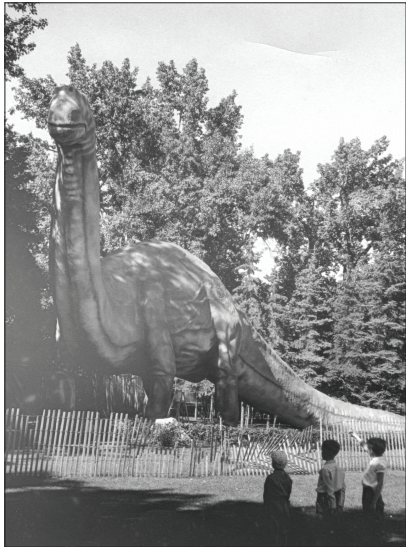 In 2013, François Turcot invited readers along on an archaeological journey in search for the remnants of his father. The mode of transportation: Mon Dinosaure, Turcot’s fourth book of poetry, released that year by Quebec publisher, La Peuplade.

Later in 2013, when award-winning poet and translator Erín Moure’s own father passed away, she read Turcot’s Mon Dinosaure again. His poems became a fierce companion for Moure during this difficult time of loss, and she knew she had to translate it in English.

As she began translating Turcot’s work into English, Moure quickly discovered that she could not simply restack the bones she had found. She spent hours with each poem, hunting for its echoes and particularities, rolling its syllables in her mouth, hefting the weight of each word’s sound and shape. She quickly understood that she had her own dinosaur to wrestle. The result of Moure’s work is a kind of quantum dino: a work “hovering amid choices” that in seeking to duplicate Turcot’s original, presents a series of personal lexical leanings that respect and abide by the laws of Turcot’s creation.

In her essay “Si Moure traduit Turcot: A Book of Hours Becomes a Book of Ours”,  which appears at the end of My Dinosaur, Moure suggests that “perhaps, at times, translations should be printed like this to lay the sinews bare” and let readers see how a translator works in and through many possible choices in order to coax a dinosauric poetics across cultural borders and into being.

With a tenderness purged of nostalgia, Turcot’s My Dinosaur honours the mystery of fathers and the stories that we, as sons and daughters, feel obliged to tell about our dads.  Fiction and biography mingle, cahoot, and settle into lore, a fossilized story, elusive yet certain as bone. Turcot shows us that at the crossroads of memory, story, emotion and history, stand our fathers, the dinosaur we all eventually inherit.

Excerpt from My Dinosaur:

“Mon dinosaure offers a strong reading experience, Borgesian in a way, where form, robust and demanding, combines with content both humble and sensitive, hold up in an awareness of the volatility and memory of things.” —Sébastien Dulude, Lettres québécoises

“This kind of work is magnificent. Here’s a well-constructed book that not only offers itself the pleasure of speaking of the life beyond death, but establishes a dialogue between lost loves.” —Hugues Corriveau, Le Devoir

“Assembled using a variety of materials (prose, verse, letters), Mon dinosaure catalogues a sort of Father-constellation, fragmented into several utterances of memories filtered by a type of poetry which weighs up its effects and fears boastfulness more than anything…. More than just a book on the father figure, Mon dinosaure highlights the essential share of fiction that fuels and shapes memory.” —Dominique Tardif, Voir

“François Turcot speaks of the death of the father in Mon dinosaure, a singular book that opts for a poetic approach which is both stimulating and original.” —Denise Brassard, Voix et images

“Throughout this magnificent collection, we find fragments of memory that bring a father (the author’s) back to life. Oscillating between the shadows and the light, François Turcot presents his lines as though they were archaeological material and reminds us that (hi)story is made of fragments, which can only be told ‘shred by shred.’ The father has lost his diary he called his ‘Book of Hours,’ and so that’s what the son will try to piece back together. The result is both disturbing and brilliant.” —Manon Trépanier, Radio-Canada/La librarie francophone

Order Now! Get your copy of My Dinosaur here!

Montréal-based poet and teacher François Turcot is the author of Mon dinosaure (2013; finalist for the Prix du Festival de poésie de Montréal), Cette maison n’est pas la mienne (2009; winner of the Prix Émile-Nelligan), Derrière les forêts (2008; finalist for the Prix Émile-Nelligan), and miniatures en pays perdu (2006). His poems can be found in English and French in New American Writing, Aufgabe, dANDelion, Action Yes, filling Station, Estuaire, and Exit, and his articles in the Cahiers littéraires Contre-jour. His poetry has been translated into English, German, and Polish. My Dinosaur is his first book translated into English.

Erín Moure is a Montréal poet and translator curious about what’s active in the poetry of others. Moure’s most recent books are Kapusta (2015) and Insecession, a biotranspoetics published in one volume with her translation from Galician of Chus Pato’s biopoetics, Secession (BookThug, 2014). Other recent translations include White Piano (2013) by Nicole Brossard, translated with Robert Majzels from the French, and Galician Songs (2013) by Rosalía de Castro, translated from the Galician.