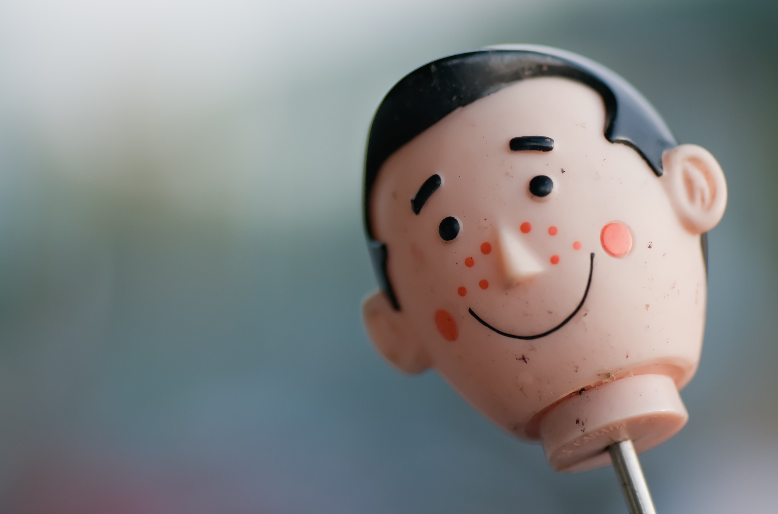 Question: How can we capture the complex drama of human existence — its triumphs and defeats, its crossroads, vicissitudes of the heart, major and minor setbacks, all the good, the bad and the meh– and reduce life’s richness to a tweetable size?

Answer: We can’t. But we can read Stephen Thomas’ The Jokes, and that may be as close we’ll ever get.

For people with a hunch that their personal history is culminating toward some overly elaborate and nonconsensual punchline, BookThug invites you inside Stephen Thomas’ debut collection of very short stories, The Jokes (forthcoming March 15).

Presented in the form of a series of moments in a social media–like ‘feed,’ these stories riff on the form of ‘the joke’. Sad and funny, hopeful and ecstatic, nostalgic and cerebral, the vignettes in The Jokes offer a very personal, yet amazingly relatable entry-point into some of the big ideas that trouble our times—gender identity, sexuality, life and death, and ways of being in the world—all while coloured by touches of weird otherworldliness that living in someone else’s social media feed can bring.

In this collection of bite-size stories, ranging in length from a full page to a single sentence, you’ll find recognizable characters in situations that can feel altogether too familiar: A woman deciding what to wear is gripped by the notion that she has nothing to live for. A war veteran has an identity crisis on a beach. A ex-pizza delivery man smashes his boss’s car. A woman sits at her desk and faces the reality of an entirely unimportant day.

Excerpt from The Jokes by Stephen Thomas

At the heart of each “joke” lies an epiphany that upsets the balance of the character’s life; or just as often, we witness the absence of an expected epiphany, which is equally jarring. As Thomas explains, these are “stories in which the figure and the ground seem to switch”. Like a good comedian, he is aware that the spark of his stories depends on good timing and surprise, and he knows how to win our attention, toy with our expectations and throw us off balance.

By turns profound and banal, hopeful and cynical, Thomas presents a rich array of human crises, each with their unique triggers and manifestations, and each developed with an economy that gives them their punch. Despite the considerable constraints of his formal approach, Thomas reaches incredible depth of character and emotion . His stories are charged with a tension between what is revealed and what remains hidden, and the brief and intimate glimpses that Thomas does allow us are hardly contained by their limited space, seeking expansion in our imaginations and threatening to extend into our own lives.

Advance Praise for The Jokes:

“Stephen Thomas is a writer who’s smart, thoughtful, engaging, but also mischievous, like a little kid who knows he shouldn’t misbehave, but does it anyway. His debut collection, The Jokes, feels to me like an absent-minded Lydia Davis trying to write deadpan comedy skits for Cartoon Network’s Tim & Eric. It’s anti-humour that’s actually funny, sketches in which nothing is ever resolved, mini-stories that start at Point A and then seem to forget what they were even talking about. This is a book full of surprises.” —Guillaume Morissette, author of New Tab

“Lydia Davis and Etgar Keret move in together and decide to adopt a son. They settle on Stephen Thomas. He has a pithy style and a funny bone. Years later, at the launch of his book The Jokes, Stephen reads a little story. It packs a novel’s worth of material into two short paragraphs. At the back of the room, sipping their red wine, Lydia and Etgar beam.” —Neil Smith, author of Boo

“Stephen Thomas writes little stories, but be wary of little things: they punch and expand and bruise and heal and break and reveal; they are revelatory. If you are an addict, the stories in Stephen Thomas’s The Jokes will be your next drug of choice. Not only can you not read just one, you must binge—and so you turn the page, blissful and aching.” —Lily Hoang, author of Changing

Pre-order your copy of The Jokes here.

Something Totally New: Part One of Stephen Thomas in Conversation with Jess Taylor —Open Book Toronto

Stephen Thomas is a Toronto-based writer of fiction, nonfiction, plays, and Facebook statuses. His work has appeared in numerous publications, including Hazlitt, Playboy, The Atlantic‘s CityLab blog, DIAGRAM, Little Brother, The Seneca Review, The Fanzine, The Puritan, and Definitely Not the Opera (CBC-Radio One). He has been awarded a Truman Capote Scholarship, an Edward F. Albee Fellowship (Summer 2012), and has been nominated for a National Magazine Award (2015) and inclusion in Best American Experimental Writing (2015). The Jokes was shortlisted for the Metatron Prize for Rising Authors of Contemporary Literature, and is Thomas’s debut flash-fiction collection, launching in the Spring of 2016. Learn more atwww.stephenthomaswriter.com.

2 Replies to “Spring Fiction PREVIEW: The Jokes by Stephen Thomas”