Pauls of History and the Pauls Book Launch | Book*hug Press 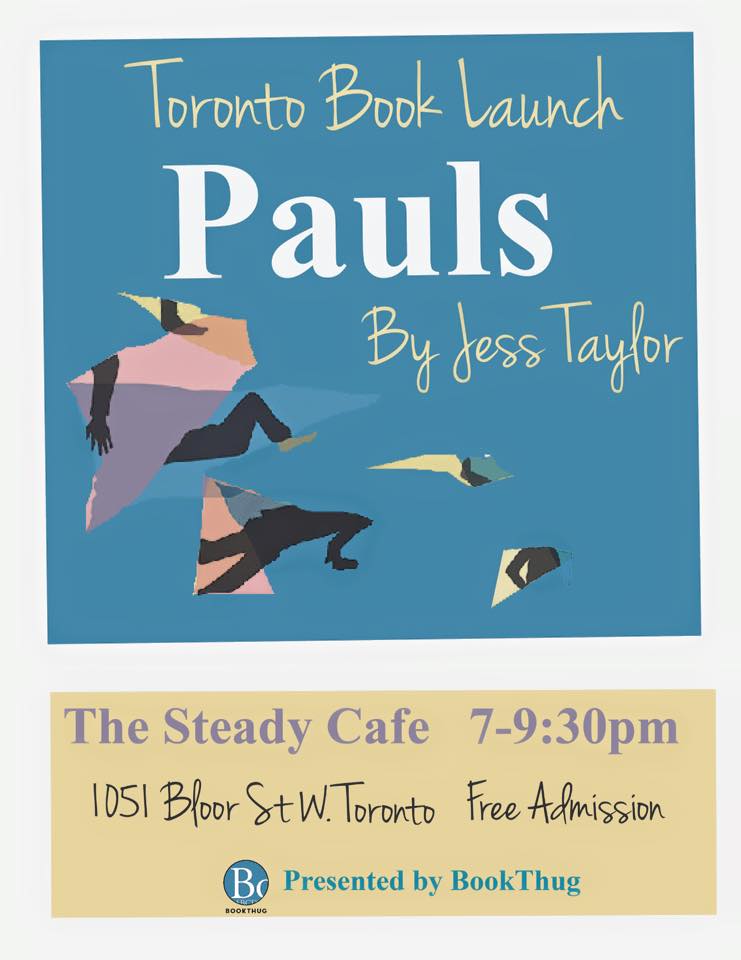 Calling all Pauls! Tonight we officially kick off #paulsmania with the launch of Jess Taylor’s debut story collection, Pauls, at the Steady Cafe in Toronto. We’re looking forward to a night of celebration with music, snacks, giveaways, readings and, of course, Pauls.

Pauls by Jess Taylor is a collection of short stories about different people named Paul: Paul runs through forests, drinks in student housing, flirts with girls, at times is a girl, loves men, makes friends, jumps from buildings, hurts people, gets hurt, climbs up towards the sky, waits for a sunrise, and all those human things.

To prepare for tonight’s revelry, here is a look at some interesting Pauls of history: artists, wives, husbands, leaders and even criminals.

Pauline Bonaparte (1780-1825) The younger sister of Napoleon Bonaparte, and the only one of his siblings to visit him in exile in Elba. She was described by those who knew her as very beautiful and vain, with no principles or morals.

Les Paul (1915-2009) An American guitarist and inventor. He was one of the pioneers of the solid body electric guitar, which made the sound of rock and roll possible. He helped design the Gibson Les Paul guitar.

Alice Paul (1885-1977) An American suffragist, feminist and women’s right activist, Alice Paul was one of the main leaders of the 1910 campaign for the end of discrimination by sex.

Paul Simonon (1955-) An English musician and bassist for the punk band the Clash.

Paul Simon (1941-) An American folk musician, Paul Simon made up one half of the duo Simon & Garfunkel, writing nearly all of their songs.

Spirit of the Dead Watching by Gauguin and femme qui pleure by Pablo Picasso. The art of Paul Gauguin influenced Pablo Picasso, whose name is the Spanish version of Paul.

Paul Gauguin (1848-1903) A Post-Impressionist artist, Gauguin is recognized now for his experimental use of colour. His work influenced Pablo Picasso and Henri Matisse.

Paul McCartney (1942-) A singer, song writer and bassist, best known for being a member of The Beatles.

Paulette Goddard (1910-1990) An American actress, film producer, dancer and model. She was married to, and starred with, Charlie Chaplin.

Paula Abdul (1962-) An American singer-songwriter, choreographer, actress and television personality. She was a popular pop-artist in the 1980’s and late 1990’s, and later rose to prominence as a judge on American Idol.

Pablo Picasso (1881-1973) A Spanish painter, sculptor, printmaker, poet and playwright, Picasso was one of the most influential artists of the 20th century. He explored and created various art styles that were strongly influential in modern art. His name is the Spanish version of Paul.

Pauls by Jess Taylor is now available for purchase online. The Toronto book launch of Pauls is tonight, Friday November 6th, 2015 from 7:00 to 9:30 at the Steady Cafe (1051 Bloor Street West.) More information here.