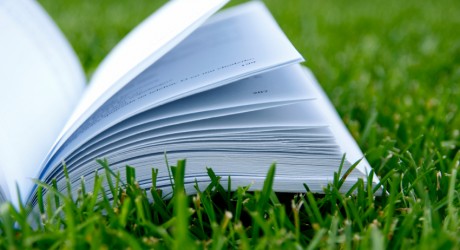 The May long weekend is a highlight of the spring for many of us, and whether you’re relaxing at a cottage or unwinding in the city, a book that you just can’t put down is always a welcome addition to your plans. Whether you like funny books or thrilling books, novels or poetry, here are five books that you won’t be able to put down all weekend long:

The Jokes
by Stephen Thomas

“A person who has trained in all the martial and spy arts for forty long years has his daughter taken from him. He flies to Paris to find her. He has ninety-six short hours. Will he do it. He’s handsome, makes five to ten million dollars per movie, his names’s Liam Neeson.”

I want little more   have always wanted   the littles   more

now than    another morning to say   what’s been said   already

another morning    to waste   figuring out    uselessly   how to

Nobody Rides for Free: A Drifter in the Americas
by John Francis Hughes

“Long before I got to Colombia, the locals had warned me not to go out after dark. I began to understand the dangers after meeting up with Machine Gun Manuel that night in Honduras. But the brazen robbery in El Salvador proved that the time of day had little to do with when things were safe. Still desiring all the cracked mystery and madness that lay ahead, I rode hard over broken highways and ate in the cantinas of impoverished Central American towns.”

Rich and Poor
by Jacob Wren

“I will kill him. It will solve nothing and help no one, but, for me at least,
it will bring something to an end.”

in moonlight then dissolves into sea surface.

To give attention to what does not exist.