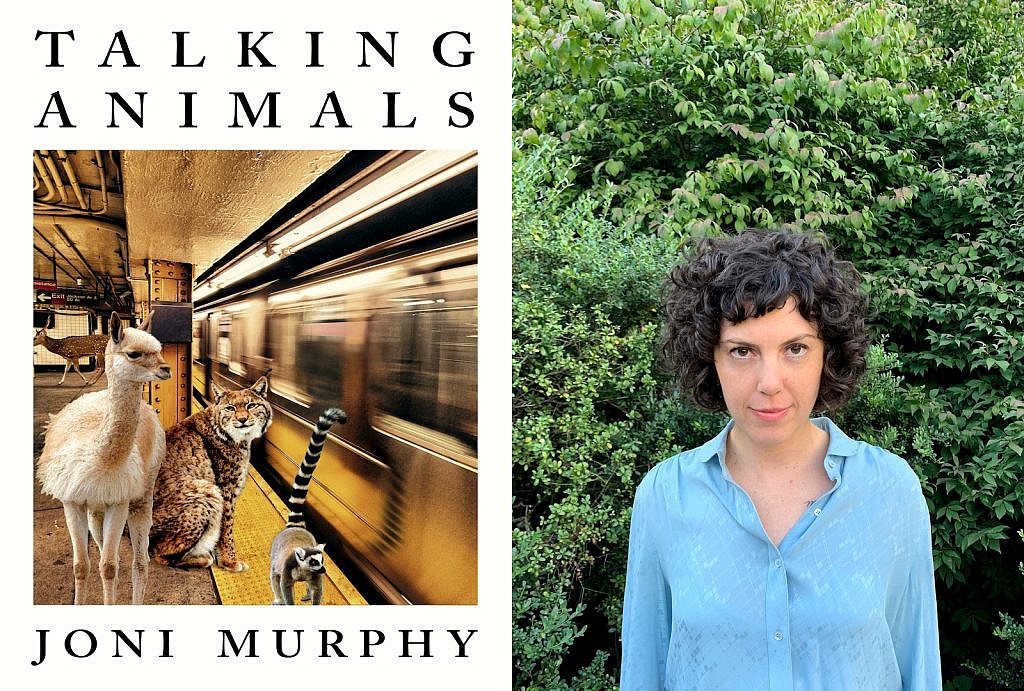 “… writing has become the way I gather, sort, and then release.” —Joni Murphy

Our conversation continues with Joni Murphy, whose second novel, Talking Animals, was released on September 15th, 2020; congratulations! Fans of Murphy’s first novel, Double Teenage, will find the same clarity and beauty in her sophomore work, which wears its “buffalo plaids and leopard prints” with undaunted style. Murphy’s ability to straddle humour and heartbreak—laugh on an inhale, cry on an exhale, and repeat—is only matched by her ability to see the world, to gather its “psychic material” and awe us. We’re delighted to share her thoughts with you today.

It has something to do with the 1970s, The Manuscript Found in Saragossa, film acting, and the military industrial complex. But these things have been circulating in my consciousness for at least ten years, so we shall see if I can actually write what I think I’m writing.

Weimar on the Pacific: German Exile Culture in Los Angeles and the Crisis of Modernism by Ehrhard Bahr.

What book—or books­—would you recommend to a new friend?

Recommending books is tricky business. I usually tailor my suggestion based on what a person likes. If I had to make some one-size-fits-all suggestion for right now I would say Rachel Cusk’s [Outline] trilogy. But I’m not sure, given how well liked that is, how much it says about my personal taste. Depending on my audience I might also recommend Pond by Claire-Louis Bennett, Braiding Sweetgrass by Robin Wall Kimmerer, or anything by Lucia Berlin.

I’m far more likely to recommend films. When I was writing Talking Animals, I thought a lot about comedy—which is not my natural realm—and film helped me understand a few things. Not that you asked but my comedy film recommendations would be Quick Change from 1990, Four Lions from 2010, and Death of Stalin from 2017.

What book—or books—would you recommend to an old friend?

A High Wind in Jamaica by Richard Hughes

The Third Policeman by Flann O’Brien

Why do you write?

Writing dangles the promise of order or clarity. Probably there are writers who are calm and organized by temperament, but I am not one. I grew up with people who held onto a lot of stuff in all the ways one can. And even though I’ve found ways to appear orderly, to live in an organized space I often have a kind of underlying sensation of being surrounded by too much psychic material. So, writing has become the way I gather, sort, and then release.

I also write against a variety of things. It’s dangerous to distill these “negative” motivations but I’m scared of white American cultural pressures towards perfection, a will to erase or forget the past, both personal and collective and a taught and enforced sense of wounded innocence that pervades US and Canadian self-mythology.

I am very moved by books as a technology because they are containers and also physical evidence of writers’ work of clarification, refining raw material into something others can digest. All writers do so much work, clearing out themselves and their lives in order to make a book. Writing is the best, simplest tool I’ve found, though it’s not at all easy to use well.

In the before time I wrote at the central branch of the public library and a few coffee shops in addition to my home. I miss being able to change scenes as that punctuated writing sessions. Now my small railroad apartment is the setting for every kind of work and leisure, which is hard. My desk faces a wall, which I read is bad feng shui. To my right is a window with a pillow on the sill I call my cat’s couch. She sits with me sometimes to do her squirrel watching work.

I live facing a small but active and tree filled park. I feel like a neighborhood grandmother in that I spend a lot of time watching all the picnics, dog arguments, and baby sing-alongs. Since COVID has bound everyone to their neighborhoods, a Lord of the Flies-type community of yuppie kids has developed in the park. So some of my writing space out time is spent watching six-year-olds stack rocks and occasionally throw them at one another in an empty stream bed-like zone that’s wedged between a fence and the park proper. All the shaggy parents huddle in another area, likely microdosing to cope with having city kids in small apartments during a pandemic. I can’t blame them or their feral children. It’s a strange time.

An accumulation of research and conversation; a sense of something to prove; a timer; exercise; anxiety, anger, and intense awe for the world as it is and has been; a desire to please my friends; loneliness.

Caran d’Ache ballpoints are my favorite pen and a Moleskine—which is both kind of a cliché and also a great notebook—and then a computer.

Such a complicated question. Taking ferries, going to cafes, going to the movies, not going to work, misty days, and the setback of any right-wing figure by their own evil actions put me a better mood.

Dire warnings from my editor.

Both. making tea or coffee and then drinking it is a ritualistic process. It breaks up time nicely. My ideal is a coffee and a mint tea at the same time so I can alternate as I work.

Mostly hidden by large park bound trees but a nice fall egg blue where peeking through.