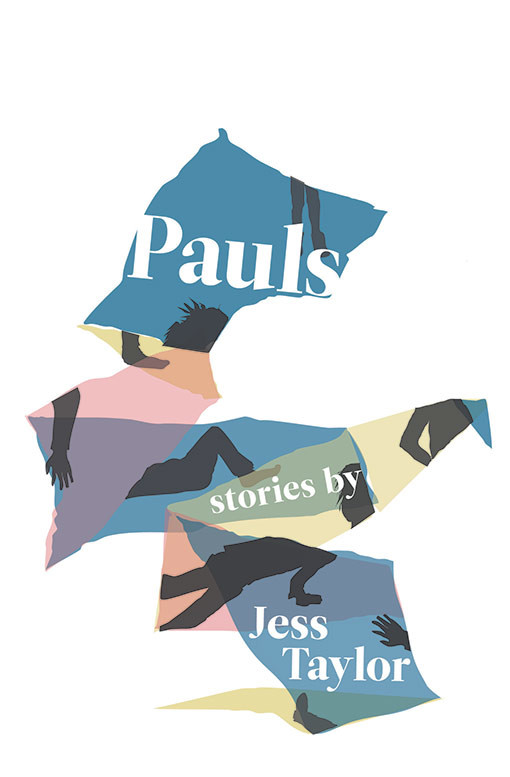 Pauls is about people: the things that remain unseen to them; how they cope with their unforgettable pasts; the different roles they take in each other’s lives; how they hurt each other; how they try to heal each other; the things they want to learn; and the things they’ll never discover. At the same time, Pauls is a portrayal of the world as these people see it—they all exist in a universe that is strange and indifferent to those within it. Coincidences, relationships, conversations, and friendships all pose more questions than answers.

BookThug’s Fiction Editor, and author of the recently released Job Shadowing, sat down with Jess Taylor to discuss Pauls.

Malcolm Sutton: People named Paul appear in all of the stories in your short fiction collection Pauls. And the Pauls are both male and female, as well as being young and old. At what stage of writing the stories did you realize that Paul had a place in all of your stories, that in fact a character name might unify a collection? Was there a moment when you realized that Paul could also be a woman and a girl, not just a man and a boy?

Jess Taylor: I had written a couple stories with characters named Paul by 2011. One was the main character, and the other was the protagonist’s roommate. I didn’t really think anything of reusing the same name, as I always thought naming was somewhat arbitrary and mostly for fun; you give characters names that are important or interesting to you as the writer and hope they have a similar resonance to someone else. I realized I had go-to names that were usually rooted in my childhood in some way. I knew a Paul when I was a child, and so it feels “real” to me. I realized I wrote a lot of Pauls but didn’t really know a lot of Pauls, so I started to create a list of Pauls, like the girl does in “Paul.” The story came out of that, in 2012, and was originally just me goofing around on paper. One of my best friends in school was another Jessica, so the idea of similar naming was interesting to me, and something both weird yet very real. “Paul” has a fairy-tale vibe to it and I was exploring some folkloric story-telling techniques, like the double or doppelganger. Once I had three stories, I paired them together for a section of a collection I was working on. The sections were all unified by geography or different spaces, and then there was Paul. “What the hell am I supposed to do with this?” I thought. “It doesn’t fit the collection at all!” Then I realized it was meant to be on its own and those other stories were thrown away to never be heard of again.

Since I like the idea that naming is arbitrary, whether the character is male or female or old or young doesn’t really matter. They can still be a Paul. Gradually the name came to take on different attributes, at least to me, and some different Pauls became the same Pauls from story to story. But it’s up to the reader to figure that out.

MS: Once you had established that Paul would be an organizational principle for the collection, did you ever worry that it would overwhelm the collection, that people would grab on to it in a way that would get in the way?

JT: I think it’s natural to worry about everything, especially when you’re building in layering or repetition as part of the structure or your thematic interests. I worried that people would grab onto the name “Paul” the same way I worried they would grab onto the recurring themes of trauma. Surprisingly, people seemed less likely to dismiss the book based on the repetition of Paul/the playful nature of the book and focused more on the heavy subject matter. The book has been described as sad or melancholy, not necessarily neglecting the play and humour in the book, but attributing it less weight. Perhaps the sadness, the melancholia, and frustration the characters experience does overshadow the playfulness of some of the writing. It is, after all, a character driven book and readers are going to focus more on the characters than any organizing principle.

I definitely worried about the name Paul getting repetitive or that people would get sick of it. But I think I didn’t treat it as a gimmick when writing… some Pauls were distinct and others were the same and I think by having different protagonists who weren’t Pauls helped to loosen it up too. I treat all my characters like real people and I think that comes across, so that it doesn’t feel stiff or boring if someone has the same name, just like in life. When you meet another Jessica or Andrew, you aren’t like, “Ughhhh another Andrew, boooorrrrinnnnnggg,” you just try to get to know the person and to understand them.

MS: I’m interested in hearing about your use of the city of Toronto in this collection, especially the area of Roncesvalles Village in the story “Degenerate.” Was it important to you to use that specific neighbourhood, to plant the story in a knowable, real place?

JT: I think for that story it was. I saw “Degenerate” as playing in the fairy-tale vibe of “Paul” but taking it even further… the wind is a trickster character messing everything up and a series of similar relationships and occurrences connect three friends in an almost serendipitous way. The young women call their boyfriends or ex-boyfriends “degenerates” in a playful way (really it’s Kayla to whom this naming belongs) almost turning them into mythical “bad guys.” But it’s believable, it’s all based on more-or-less realistic scenarios and then I further ground it in a real event, the 2013 ice storm, rooting it in time and place, and a real Toronto neighbourhood. The west end of Toronto always features prominently in writing, whether I name it or not. I love this city, and it’s important for me to write about places I know. Many people describe the west end of Toronto as having a small town or village-like vibe, especially for people who are in their early or mid-twenties. After a while, you start to bump into people you know everywhere. This can both be a wonderful thing or an oppressive thing if there is someone you want to avoid.

MS: Because you’re in your twenties, people sometimes refer to you as a young writer. At the same time, I’ve heard a number of people compare your writing to Alice Munro’s. Can you say a few words about this dynamic, and what differences (if any) you see between your writing and people of an older generation?

JT: I’d probably be the first to call myself a young writer. When you think about when most writers hit their prime and when most first publish, I’m still a baby. This is nice in some ways because I feel like there is still a lot ahead of me and I’m excited to see how my work changes and how what interests me evolves and is reflected in the work. That being said, I guess I’ve been writing for a long time. Some people get into writing later in life and because they are thoughtful people and good readers, their work is great right away, but I went through a long growing process instead. I knew I wanted to be a writer since I was 8 and started sending my work out to publications (to only receive rejections, of course) and to youth contests when I was around 14. Since I was 13 until I was about 25 I was writing every day, and I only stopped sticking to a schedule with it because I felt I needed a little breathing space while publishing Pauls. I think maybe this why people make comparisons like that… because they see me as someone who is aware of their voice or worked at their voice for a long time. I don’t think they mean, “Your work is as good as Alice Munro” or whoever they might be comparing me to or that my work is as polished as a more experienced writer.

That dynamic does make me feel a little uncomfortable. Sometimes I think those comparisons are a jinx or something. There’s also this voice in all of us that’s kinda like, “Who am I to be compared to anyone?” and I still feel like such an emerging writer… I didn’t even have any publications really before 2013 and was still having trouble publishing anything a year and a half ago. It’s been a big change.
But I think that when comparing my writing versus writing of an older generation, we’re all working toward the same thing even if we can’t see it. Lazy readers will dismiss work if they “can’t relate”, if it doesn’t directly speak to their experience. But why I write, and why I think we are alive is to try to understand other people and feel for other people. To find the thing that can connect us to others that may have different experience, backgrounds, morals, worldviews, everything. So in terms of goal, and really, on its deepest level, in terms of subject matter, writers of an older generation and writers of my generation are tackling the same questions, or at least they are if they are trying to write literature that’s honest about the world around them. Also, I think any writer regardless of age and experience knows that writing is something that is constantly shifting under us, that keeps us young and feeling new. Anyone who thinks they are an expert is blinded by ego. All writers are young writers.

Looking for your next summer read? Order your copy of Pauls here.

Jess Taylor is a writer and poet based in Toronto, Ontario. She is the host and founder of the Emerging Writers Reading Series and is the fiction editor of Little Brother Magazine. Her work has been published in a variety of journals, magazines, and newspapers, including Little Fiction, Little Brother, This Magazine, The National Post, Emerge Literary Journal, Great Lakes Review, Zouch Magazine, and offSIDE Zine. Her pamphlet chapbook, And Then Everyone, was released by Picture Window Press in the spring of 2014. In October 2014, Anstruther Press released her first full-length chapbook, Never Stop. Recently, she was named “one of the best alt- lit reads coming out of Canada” by Dazed and Confused Magazine. She also received the Gold 2013 National Magazine Award in Fiction for her short story, “Paul.” Connect with Taylor at www.jesstaywriter.com, on Facebook (www.facebook.com/jesstaywriter), on Twitter @jesstaylorwriter, or on Tumblr (www.jesstaywriter.tumblr.com).

Malcolm Sutton lives in Toronto. His fiction has appeared in Maisonneuve and Joyland, and his writing on art has appeared in C Magazine and Border Crossings. He is the Founding Editor of The Coming Envelope journal of innovative prose, and the Fiction Editor at BookThug. Job Shadowing is his debut novel. Learn more at https://malcolmsutton.wordpress.com/writing/.