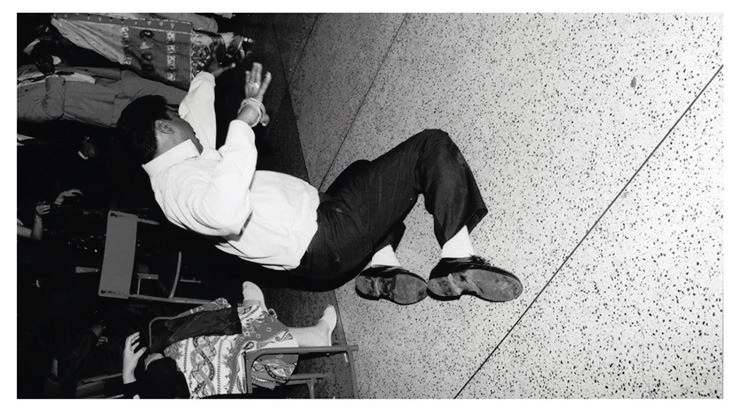 From debut author Jean Marc Ah-Sen, Grand Menteur is a unique and ambitious first novel that glimpses into the inner workings of a Mauritian street gang. Recently selected by The Globe and Mail as a Globe 100 Best Book of 2015, book columnist Jade Colbert wrote “Ah-Sen’s novel of a young woman growing up in Mauritius’s criminal underclass is appropriately crude, evasive and linguistically rich. The end will have you flipping right back to the beginning.”

The secret world of Mauritian street gangs is not for the faint of heart. Fraught with peril and mischief, its inner workings are a mystery to the daughter of one of its most valued members: Serge, the Grand Menteur. A liar of exceptional caliber whose sole responsibility is to purposefully confuse police with alibis, the Menteur fears for the criminal future he has unwittingly introduced into his daughter’s life, when her clear knack for violence attracts the notice of senior gang members.

Mauritian Kreol, English, and French blend together into a heady brew of language in Grand Menteur. Written in a nuanced style reflecting the island-nation’s convoluted history of colonialism, this debut novel by Jean Marc Ah-Sen sheds an unflinching light on the poverty and down-and-out hardship of a shadow class of immigrants from the 1940s to the ’80s.

Malcolm Sutton: The title of your novel, Grand Menteur – can you begin by telling us what a Grand Menteur is, and perhaps what it is about this figure (or position) that appealed to you?

Jean Marc Ah-Sen: The Grand Menteur, or “Big Liar,” is one of several official titles in the Sous Gang, along with the Grand Menaceur (“Big Intimidator”), Grand Piqûre (“Big Sting”), and the Grand Comptable (“Big Accountant”). The Menteur is the poor bugger who has to fall behind after a crime in order to get caught and stall the police. I liked the idea of a criminal organization functioning like a jumped-up bureaucracy with fancy titles and official duties, but being for the most part rather bad at their jobs. More importantly though, the Menteur and his daughter allowed for an unreliable narrator and constant tension about the veracity of what was being said. On the one hand, a reader could share in the narrator’s sense of discovery as she parsed through the gang’s history, but I could also seed doubt about whether the Menteur’s daughter even existed. Every Sous member possesses a codex – a book of lies that serves as a tailored, novel-length alibi – and because of the deceptive nature of the novel, I wanted a reader to look at Grand Menteur in as many ways as possible: (1) the diary of the Menteur’s daughter, (2) the Menteur’s own codex incriminating one of his colleagues, and (3) a hodgepodge chronicle of the gang with chapters perhaps written by multiple gang members. I’m hopeful readers will have other interpretations as well.

MS: At the beginning, the reader is immediately thrown into a fully adorned world of Mauritian gangs of another era. There are unlikely feats and practices of gang members, in-house newspapers and music recording, as well as economies of guava and poultry. Can you tell us about any of your sources, or research you did to construct this world?

JM: There wasn’t a lot of research done to be honest. I grew up with Mauritian culture so I drew from memory for the most part – tried to remember every dirty joke, story, and even recipe I’d been told. My band wrote a song called “Dire Moi Enne Coup (Ki Qualite Couillion Sa?)” that figures in the book as one of the Grand Piqûre’s singles. My bandmate Inaam mixed and engineered it, and we thought it might give the book some extra-diegetic weight and publicity. The book is heavy on those world-building qualities to help familiarize a reader with the country, but also to highlight the degree to which the narrator feels disinherited from her birthright.

MS: Were there any novels that you were thinking about as you wrote this, or that, having finished it, you see were an influence on it?

JM: The book exists in the shadows of Brighton Rock and Los Olvidados, but only insofar as those were portrayals of gang life that I admired but also partially wanted to avoid. One thing I was conscious of was how heavily the Mauritian school curriculum was couched in philology and literary studies in the sixties and seventies; maybe it persists to this day. The first few chapters reflect that education, and the daughter’s narrative voice approximates the mannerly-stylings of Camus or Maurois. The Menteur’s girl is then educated in Britain, and her language begins to morph and incorporate British idiom, and I imagine she’s reading Sillitoe and Waterhouse like I did. When she is carted off to Canada, her father counsels her to deny her schooling and find dogsbody work, so she acts out a version of what she thinks it means to be a working stiff. Her language is context-driven, and because of the narrator’s extreme and frequent peregrinations, her manner of speaking is dependent on who she finds herself with.

MS: The protagonist, who we follow from childhood in Mauritius, through Brixton and finally Hamilton and Toronto, is a girl – at one point named Roundelay. Can you tell us about your decision to work the story out through a female rather than a male narrator?

JM: I knew that Roundelay – who I’ve always thought of as “Rhonda” – would be prevented from joining the Sous because of her sex and her father’s hollow-headed paternalism. Had Roundelay been born a boy, I feel that the Menteur would celebrate her inquisitiveness rather than fear for her safety, and that’s a far more pedestrian story to tell. But Roundelay also evolved into equal parts Moll Flanders and Evelina, so I wanted to locate the book in that tradition of voice-driven narrators, even if she didn’t hold a candle to those creations. The last thing I could say is that I knew Roundelay would be an outsider because she was a woman and an immigrant, and there are times when she espouses misogynistic attitudes in the hope that her “otherness” will be overlooked for someone in a more disenfranchised position. It may have been over-ambitious, but I wanted to address how the recapitulation of gender norms and conformist attitudes can be intensified for émigrés, especially when faced with the argument that they don’t belong in a new country if they can’t assimilate.

MS: What comes next? Are you working on another novel?

JM: I finished a book of poetry called Parametrics of Purity, and I’m working on a follow-up to Grand Menteur tentatively called The Lost Norman, which is sort of using notions of the Wold Newton Family and fan-fiction to talk about property, the relations of production, and the figure of the slumlord.

Jean Marc Ah-Sen was born in East York, Ontario, in 1987. He comes from a family of Mauritian winemakers and was a frequent contributor to the Innis Herald, a University of Toronto newspaper. He lives in Toronto with his wife and son. Grand Menteur is his first novel. Find Ah-Sen on Facebook (facebook.com/jeanmarcahsen) or Twitter @jeanmarcahsen.

Malcolm Sutton is a writer, editor, and interdisciplinary artist living in Toronto.  His fiction has appeared in Maisonneuve, Joyland, and Drunken Boat, and his writing on art has appeared in C Magazine and Border Crossings. He is the Founding Editor of The Coming Envelope journal of innovative prose, and the Fiction Editor at BookThug. In addition to editing and writing, he works as a graphic designer and collaborates with artists on text- and performance-based projects. His first novel, Job Shadowing, is forthcoming from BookThug in Spring 2016. Learn more at malcolmsutton.wordpress.com/writing.