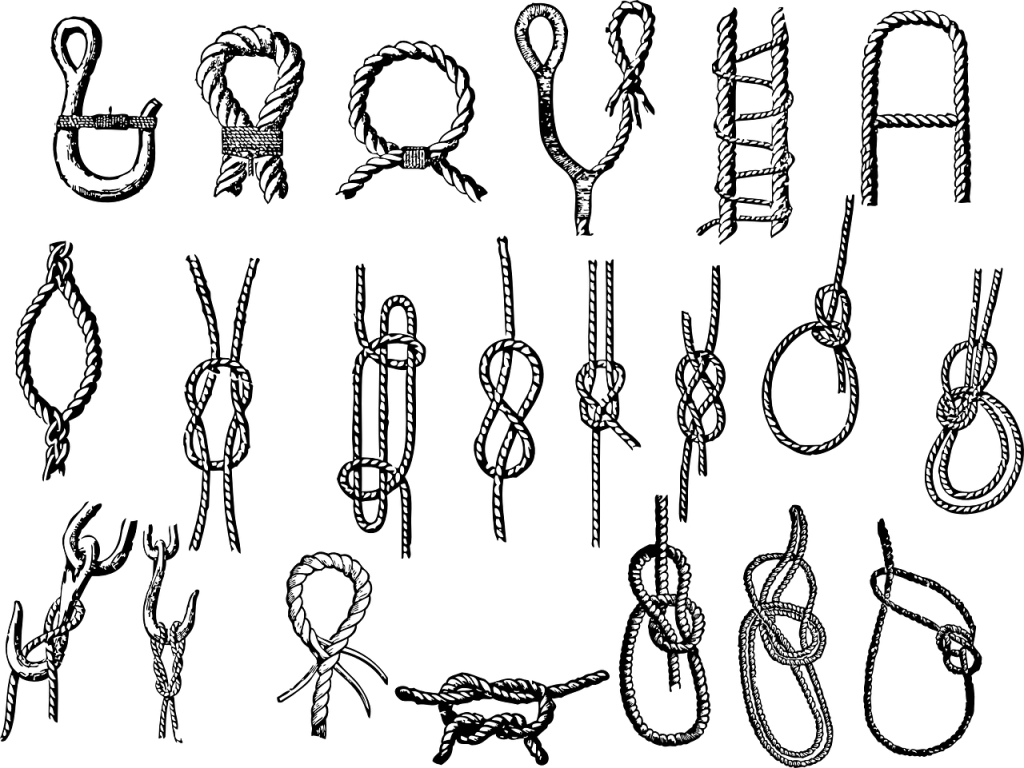 From Canadian poet and academic Jay Gamble comes this special release from BookThug’s Boondoggle imprint: Book of Knots, a highly playful and deceptively musical book-length meditation on the poetics of nothingness.

Taking W.H. Auden’s famous remark that “poetry does nothing” to its radical-but-logical conclusion, Book of Knots resorts to what Gamble calls “extreme forms of not-writing.” By confronting  supposedly negative phenomena of nothingness and failure and how they affect the way we read, write, and live.

To these ends, Gamble brings his singular energy to these impressive flights of formal innovation, including exhaustive “single sentence” pieces, noun-less poems, interruption, computerized homolinguistic translation, and procedural poems. Book of Knots is a kind of Seinfeld of poetry: at its centre is nothing, and yet its playful approach to critical negation results in puzzles and riddles that may yield no answers, but are richer for the asking.

Rick Meier: I love the epigraphs in this collection, including lines from Leonard Cohen, Paul Celan, Virginia Woolf, Jean Baudrillard, and Roland Barthes. They are all about the plight of writing and of not-writing, and remind us that not-writing is its own form of literary production. When in the process of writing Book of Knots, did not-writing emerge as a central focus?

Jay Gamble: That’s a really good question, actually. I think not-writing was always a part of the book, always one of its central features. It wasn’t until later in its development, though, that not-writing became a mode of composition. In particular, the last two sections of the book—the last ones written—use extreme forms of not-writing in their composition.

RM: There is another book called The Book of Knots, published in 1866, about the art of cordage, “showing the manner of making every knot, tie, and splice.” The poems in your collection resemble real-life knots in the way they each twist and wrap around what comes before, looping back to create something intricately beautiful but opaque. Are the knots you tie in Book of Knots more accidental or more deliberate?

JG: Yes, I’ve come across the book, as well, which is also partly why I have titled mine Book of Knots, without the definite article. I’m fascinated by knots, and I find that many guides to knot-tying can be quite beautiful. In fact, I have an app on my tablet that animates the knot-tying; it’s mesmerizing. The knots in my book are deliberate; that has always been a thematic guide to the book.

RM: In emphasizing the imperfection and irreversibility of language, Book of Knots is a broad meditation on failure. One epigraph from Maurice Blanchot’s The Writing of the Disaster reads: “He devotes all his energy to not writing, so that, writing, he should write out of failure, in failure’s intensity.” Are you most concerned with literary failure (failure to communicate), or something more general?

JG: The focus is certainly on linguistic and literary failure more than anything else, but I think the failure of language inevitably leads to the more general kind of failure.

RM: Boredom seems to have become a chief literary theme of 21st century modernity; it’s been elevated to a kind of original sin at the heart of contemporary human experience. Is failure the new boredom?

JG: That’s a really intriguing question. Boredom itself is a kind of failure—a failure of the imagination, I guess. In general, I think we are afraid of failure; rather than embracing failure, we tend to hide our failures in shame. We are obsessed with success, with being seen as successful. Not all failure is bad; so I would hesitate to say that it is “a kind of original sin” as you suggest about boredom.

RM: Are you celebrating failure, or assuaging it by speaking its name?

JG: Again, this is a great question. I would say that I am doing both. By celebrating failure, I am, I suppose, making it less shameful, less a thing to avoid.

RM: Book of Knots is a trove of formal experimentation. I’m curious about the methods and processes behind all of the book’s five parts (“Bound,” “Gagged,” “In Violet,” “Ropes,” and “Chain”). Specifically, “In Violet” stuck me as an especially beautiful sequence. Can you tell us more about how it came about?

JG: With “In Violet,” I was attempting to find absence through interruption. Every fourth word, I would change the direction of the sentence. I would use the fourth word as the start of a new sentence and the next group of four words. It was kind of a word-association game. But I also found that I needed to slow my method of composition. Each one of those poems was composed on a “portable” Underwood typewriter from the 1930s. Having to bash the keys slowed the composition and, I would argue, changed what was written.

RM: You have said that your intended audience is those who like nothing. You are a nothing specialist, having written extensively about nothingness in Canadian Prairie literature. In your experience, what is it that attracts people to nothingness.

JG: I wish I knew with certainty what the attraction was, to be honest. I’ve been consumed by the idea of nothing for a long time. In Creative Evolution, Henri Bergson says, “Philosophers have paid little attention to the idea of the nought. And yet it is often the hidden spring, the invisible mover of philosophical thinking. From the first awakening of reflection, it is this that pushes to the fore, right under the eyes of consciousness, the torturing problems, the questions that we cannot gaze at without feeling giddy and bewildered.” In some ways, the question of nothing is the question of everything, of existence itself. Further, nothing cannot exist; and it’s this central paradox—that to know of an absence is to make it present—that fascinates me. In articulating nothing, the failure of language becomes quite apparent. But maybe it’s simpler than that: In Nots, Mark C. Taylor says, “It is no exaggeration to say that the not is a matter of life and death.” So maybe the idea of nothing forces us to encounter our own mortality.

Jay Gamble was born and raised in London, Ontario. He did his BA and MA at the University of Waterloo, where he wrote his thesis on the work of Robert Kroetsch. He completed his PhD at the University of Calgary, focusing on the ethics of nothingness in Canadian prairie literature. Some poems from Book of Knots appeared, in different versions, in Shift and Switch: New Canadian Poetry (Mercury). He currently teaches English at the University of Lethbridge and is the proud father of two sons.