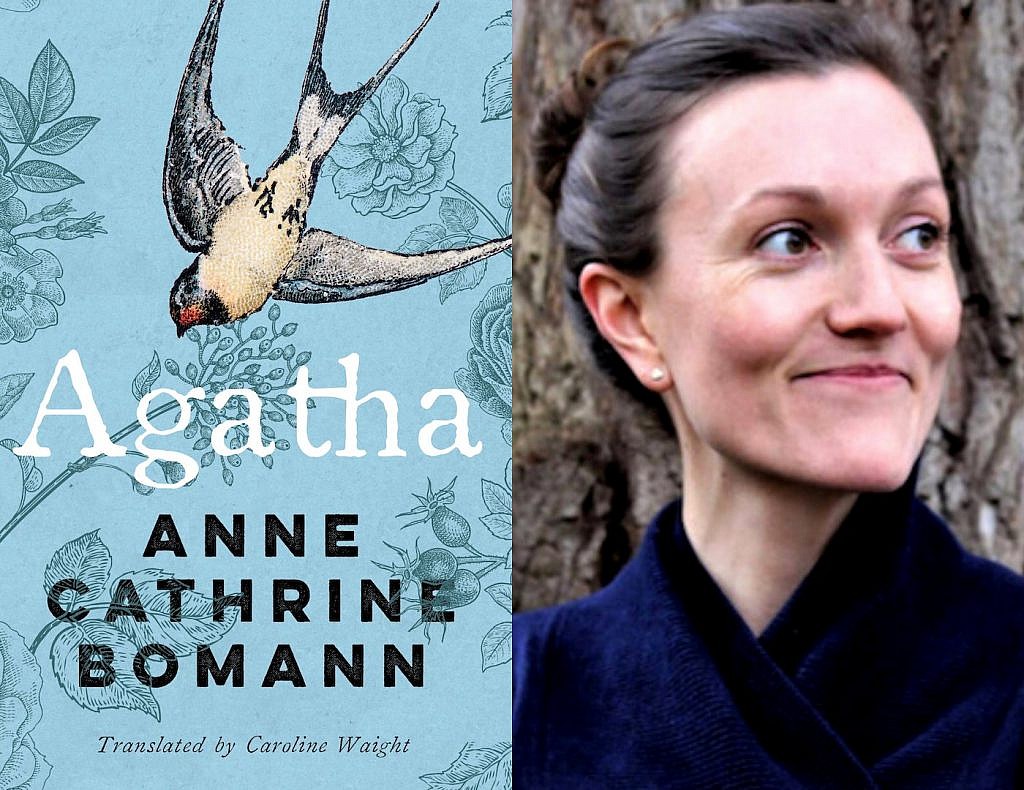 “The feeling of thinking on the page and of learning more about both myself and the general human condition while doing it.” —Anne Cathrine Bomann

A new season means new conversations, or, rather, new In Conversations! We talked to some of our Fall 2020 authors about their forthcoming books, and the essential but frequently elusive art of writing. For the next couple of months, we’ll be sharing their wit, their wisdom, and their work with you on the blog. You can also subscribe to the Book*hug Press e-newsletter or follow us on social media—we’re partial to Facebook, Instagram, and Twitter—for updates on upcoming author events. Happy fall, y’all.

Our conversation continues with author Anne Cathrine Bomann, whose internationally bestselling novel, Agatha—translated from the Danish by award-winning translator Caroline Waight—celebrates its official publication today; congratulations! The fact that Bomann is as charming, funny, and thoughtful as her book is unsurprising; on the contrary, it’s proof that the universe is in perfect sync. As mere mortals, we’re not sure whether Bomann’s gifts are divinely ordained, but as an author, a psychologist, and a former table tennis player—a twelve-time-championship-winning one, at that—she’s at least fifty percent superhero, right? Right.

For the last year and a half, I have been working on a new novel. The first idea that came to me was to write something about the new diagnosis for grief that is being implemented in different countries around the world these years, and it has turned out to be a novel about four people and their different experiences with grief. It has been the most difficult book for me to write yet since there are so many main characters to get to know — I usually only have one or two — and also because it is more plot-driven than my previous novels. But it has been a very interesting and instructive writing process with more research than normally, and I am now in the editing phase where the story is there, I just need to smooth the edges and make it all work together. Just…

I recently got Mofibo, an app for listening to audiobooks, and that has increased the number of books that I consume in a month dramatically. I loved audiobooks as a child, and it has been so nice to rediscover them. I just finished No and Me by Delphine de Vigan on there, which was great — I only discovered Vigan a few years ago and loved Loyaltiesand Based on a True Story. Now I am looking for my next read, and that might very well be the Danish book De døde fylder dagene med en smag af mønter — sorry for that title, but the book is not yet translated into English. It means something along the lines of “The dead fill the days with a taste of coins.” The author Carsten Nielsen just won a Danish literary award, and I was lucky enough to meet him in a radio talk on books some months back and have been wanting to read some of his work ever since.

Who, where, when, and what influences your writing?

There are a few obvious answers to that, including my own life experiences and my education and work as a psychologist. For instance, my debut novel Agatha features a psychiatrist working as a therapist, which I have done myself since I got my degree in 2011, and even though the doctor is an elderly French man from a different period, I put a lot of my thoughts and experiences into that book. The next thing that I wrote was a YA novel that features two brothers. They live in the city where I was brought up myself and go to my old school, and the older brother plays table tennis just like I used to. So without a doubt, I draw on places and people from my own life and also on feelings that I know very well — feeling lonely, falling in love, being anxious about what other people might think of me, and so on. All of that quite naturally seeps into my writing.

But I am of course also influenced by lots of things that I am not aware of while writing. My boyfriend is a philosopher, for instance, my parents growing old, good friends having children, books that I read, movies that I have seen, thoughts that I have had and forgotten again. Sometimes I read one of my finished manuscripts and discover a theme or a sort of morale that I don’t know where came from, and to me, that is one of the really interesting parts of writing. The feeling of thinking on the page and of learning more about both myself and the general human condition while doing it.

Anywhere that is quiet, I guess. Mostly, I just write from home. I sit in a hopelessly unhealthy position on my couch with the feet up and the computer on my lap. It doesn’t work for me to sit in cafés or other public places, and I can’t listen to music or anything like that while working. I just need something soft to sit on, my laptop, and a lot of tea, and then I am ready to go.

Sadly, I have become increasingly bad at not looking at my phone or checking my mail and stuff like that while writing, so sometimes I hide the phone behind a pillow just to keep it out of sight. Somewhat pathetic, right? But it helps. My concentration span also varies across the process of writing a book; I can work for fewer hours in the beginning where I have to come up with all of the characters, the plot, and so on, and later, in the editing phases, I can usually work much longer hours. It feels like a whole other kind of work, editing something that is already there on the page.

Soon I am moving to Scotland to live for four months and do nothing but write, and I can’t wait. Hopefully, I will find a new couch to sit on and some nice places to walk in the beautiful Scottish nature to clear my head.

As a bonus, Bomann reads from her debut novel, Agatha, in the following video:

Anne Cathrine Bomann lives in Copenhagen, where she divides her time between writing and working as a psychologist. She also played table tennis for Denmark and won the national championship twelve times. Agatha is her debut novel. She is also the author of two poetry collections, a nonfiction book on schizophrenia, and most recently, a YA novel. First published in Denmark, Agatha became a word-of-mouth success and has now been translated into twenty-three languages.  Learn more at http://annecathrinebomann.dk