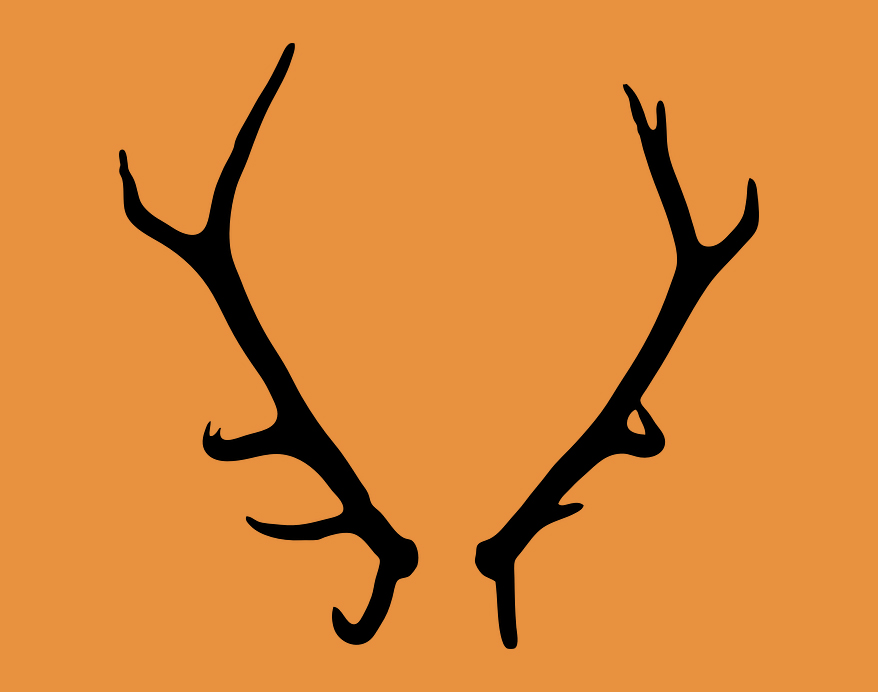 Set in the not-too-distant 2030s in the mountainous and fielded cusp between BC and Alberta, The Plotline Bomber of Innisfree by Josh Massey is the story of Jeffrey Inkster, an ex-hipster-turned-elk farmer, whose goal is to live peacefully with his elk, harvesting their antlers, but who becomes embroiled in the political violence of oil-pipeline expansion.

The germ for the story came in 2008, while Massey was doing forestry and ecology work near Dawson Creek in the “Peace Country” of northern BC. One day while on the job, Massey heard an eco-terrorist recite a graphic threat letter over his truck’s two-way radio. The next day, a bomb went off on a pipeline near the site where he was working. This was his introduction to the heated debates and conflicts surrounding industrial development in Western Canada.

“I needed to write a book,” says Massey, “that would vent the primal scream and sadness I felt as a human in a dying wilderness and that sense of complicity at driving big trucks out to do ‘green’ work on the river. Inkster became a character to bear that cross.”

In Massey’s vision of the future, the map of western Canada—now called Can’tada—has been redrawn to accommodate the rapacious interests of Big Oil. The Plotline Bomber of Innisfree follows the fortunes of Inkster and the small community of eccentrics living in Enderbee County, a 300-square-mile patch of land on the west side of the Rockies. Long ignored by petrochemical developers, thanks to a cartographical error made during the PC Columbia/Cowberta border dispute of the 2020s, Enderbee has become a hub for neo-bohemian, back-to-the-earth types: so-called Daft Society Dodgers, artists, and inventors.

The idyllic, peace-loving milieu of Enderbee, however, may not be the social and environmental sanctuary it makes itself out to be. The political, ecological, and even the spiritual status quo is being shaken as the expansion of a high-tech mega-pipeline engulfs the region in a deadly bombing campaign by a mysterious terrorist organization that issues its threats in the form of prose poems, published by the local subversive newsblog, Troutsource. As various members of the Enderbee community are implicated in the violence along the pipeline, Inkster and company must struggle to exonerate themselves and uncover the bomber’s true identity.

Terrifying, hilarious, and suspenseful, The Plotline Bomber of Innisfree offers a satirical perspective on industrial society that will at once unsettle readers and present them with a cathartic release from the exasperation they might feel living in a civilization teetering towards environmental collapse.

Praise for The Plotline Bomber of Innisfree:

“Using prose poems, news blogs, documents, and regular fictionalized text, Massey creates and records a bizarre world of the imagination. Or is it imaginary? Perhaps it’s our future. Through the voices of a variety of eccentric characters, Massey makes a convincing case in this short, complex, entrancing novel that is part futurist fiction and part ecological manifesto.” —Mark Frutkin, author of Fabrizio’s Return, winner of the 2006 Trillium Book Award

“Like a kingbird perched on a northern pipeline hand wheel, Massey catches his stories from a source far removed from the espresso bars of the Information Age. He understands both these worlds, and as a satirist, he unifies them, has us thinking not of others but as one.”—Michael Turner, author of 8 X 10 and Hard Core Logo

“A brilliantly witty and incisive tale of our possible ecological near-future, rich in wordplay, exhilarating riffs, allusions and metafictional hijinks, yet filled with an understanding of humans and their complicities, allegiances, desires, and visions, this book . . . is a subtly compelling eco-thriller about the complexities and negotiations of living in a world balanced between capitalism and the environment. To paraphrase a line from the book, this novel reads like Thomas King, Anne Carson, and David Suzuki on brown acid.” —Gary Barwin, author of I, Dr. Greenblatt, Orthodontist, 251-1457

“Through elements of art, mythology and suspense, Massey creates a humorous yet unnerving satire about the turbulent sociopolitical and economic powers of Canada.” —Maisonneuve

“Practically everything in Massey’s novel is a skewed representation of reality, trapped somewhere between farce and academic criticism. There are strange and madcap characters…and locations with names such as PC Columbia, Cancougar, and Cowberta. Stylistically, the narrative is a melding of traditional prose, newspaper clippings, poetry as sales pitch, and even a hypnotic suggestion thrown in for good measure.”—Publishers Weekly

Excerpt from The Plotline Bomber of Innisfree by Josh Massey

Artists and inventors, fleeing demons or pursuing angels, have found a home in Enderbee County. Like my neighbour Memily, who’s an abstract expressionist painter, and grows lettuce in the summer, then blanches that along with other plants for the winter reserves. Talking to her, you will fall into colour, into all the colours of her garden and art, the landscape colours of her eyes. With her husband, Dan-the-Man, she makes art instead of kids, what they call industrial art, which has recently taken a political turn. Take, for instance, the escape capsule called “The Mattson Rocket” that looks like an old, compact rocket ship out back of their converted storehouse home. It’s got steel runners and circular windows, stripes of old machine red over top of the riveted white. And an antenna sticking up from the tip. A nostalgic 2001 look. Memily and her partner built the capsule just in case there is no land left after all the development—a pod to save them, to take off into the skyahhh.

Sure, there are divisions, cliques, and tokenisms, and all that stuffy stuff of small populations in the rough, but, beyond that, the bonds are tight, and we help each other out. Like Memily will come round up the elk with me, and I will irrigate her garden when her and Dan-the-Man go south during asparagus season. Memily will trade her blanched crops for some of the jarred fish that the First Nations bring; I’ll share alfalfa and hay. Based on barter, we’ve gotten along really well here.

I guess we all thought we really knew each other in Enderbee. But one of us in the community is really good at keeping a secret, and secrets might one day blow our bonds apart.

Like what happened just the other day. You see, we hadn’t ventured into the big town of Byzantium for some time because—and I can only speak for myself in saying—we were all creaky elbowed and sore hipped from getting ready for the spring elk wagon tours. But finally we got the gumption to drive our little European truck to town. It’s always very pleasurable, after weeks in the fields, to enjoy sweets and be bug free. Checking in at the community centre, we were happy to see how many folks had signed up for the wagon tours. I always tell families, if you’re looking for an adventuresome excursion, give us a dingle at old Inkster’s farm.

It’s all the workers moving to the mountain cusps for the projects, and those who are here because of the buzz of what is coming. It is them who want to explore the pioneer cabins, and it is them with the money who fuel this goodly elk enterprise, isn’t that right, Artsy Boy?

But this day, what day? . . . no matter . . . this one day when the apple blossoms are fluttering with camouflage butterflies, a guy with tighty-whitey shirt comes up and says: Well, have you heard about this? He was much fussed up, and he showed me and Samson—our Artsy Boy—some photos of a poster on his phone. Posters that somebody had stuck up around town.

To Can’tadians Who Still Have Time in Their Busy Schedules to Read:

National park is not enough to stop this pipeline.
The pipe which keeps going, the pipe which goes through
and around and through and around.

Jagged mountain, Fanged gorge.
I am called Hypnotist. They came after my poetry too.
But your plan, I wrote of it long before you came.

You will meet me later in the Narrative.
Your name is Skull Crusher. You will find yourself later in
the Narrative Wilderness.

If only they knew the underpinnings of their sorry nature.
This is where the imported spooks meet the indigenous
dreams.

Well, Jiminy Cricket, I said, after reading the weird posting. The man showing it to me had no piercings, no tattoos, and was white as new underwear.

The hypnotist mentioned on the poster, I told him, it could be that I remember him. He came creeping around these parts before, many calendars back. He used a chunk of copper from the Charybdis mine on a silver string to make the audience doze, then to suggest stuff that had to do with folks finding a purpose in life. He used music that was of the old country to woo those who came to his shows.

I relocated here with my family to get away from the crazies, said Tighty-Whitey in a husky, sputtering voice.

Said he saw crossdressers here too. Which he thought was only in cities.

His co-worker in the Happy Mines company truck rolled up with a crunching noise, and the guy I was talking with, who had biceps like vanilla ice cream scoops, told him just a sec, then thumb-tapped the extra large buttons on his phone to show me something else.

You know, nice northern town, right. Well, look at this! Are you kidding me?

Where: The Garrison
Address: 1197 Dundas Street West, Toronto, ON
Time: Doors open at 7:30 PM. Readings begin at 8:30 PM.
Free. Books will be for sale.
For more info or to RSVP, visit https://www.facebook.com/BookThug?fref=ts

Friday, October 23, 2015
BookThug, in partnership with Misty River Books and the Terrace Public Library, presents the Terrace launch of The Plotline Bomber of Innisfree by Josh Massey.

Josh Massey’s fiction and poetry have been published in journals in Canada, Italy, the US, and the UK. He is the author of the novel We Will All Be Trees (2009) and has won a Canadian Community Newspaper Award for his journalism. His literary film work has been screened at the Ottawa International Writers Festival, the Arts Wells Festival in BC, and other events. Massey holds a Bachelor of Arts degree in Cultural Studies from McGill University, and a Master of Arts degree in English from the University of Northern British Columbia. Originally from Ottawa, Massey currently lives in Terrace, BC. Connect with him on Twitter @Northwestism.