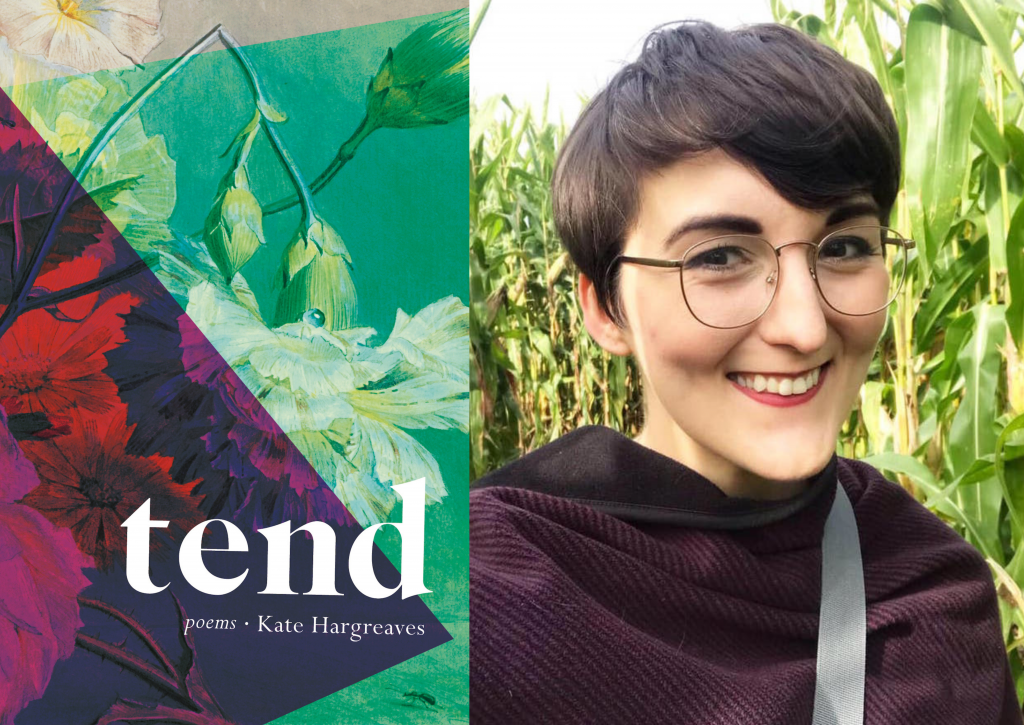 Next up in our Fall 2022 Preview Series comes tend, a visceral and playful sophomore poetry collection from Kate Hargreaves which reflects the intimate awkwardness of modern life.

tend explores feelings of being distanced from loved ones, physically and emotionally; striving to be better (at chores, at intimacy); and tending to the things that fracture. These poems are anchored in the body, straining the edges of spaces that bodies and language inhabit: between sealing in and digging out; restlessness and isolation; memory and planning for the future; gaps in texts and reiterations. tend is an immersive work, as validating as it is illuminating.

“These poems are an elegant romp through tangled city gardens and teeming waste bins of memory and human consciousness. The domestic realm is a wilderness, a trash heap, a broken string of pearls. All at once, this beautiful book is the milky crystal on the green chain, the broken eggshell in your compost, the lost slipper through a rotten board. tend takes your hand,” writes Shannon Bramer, author of Precious Energy and Trapsongs.

We are delighted to share this video introduction from Kate Hargreaves! And for an extra sneak peek into Hargreaves’s precise and lyrical verse, we’ve selected a poem from tend which you can read below.

This much-anticipated follow-up to Hargreaves’ 2014 collection Leak will be released on October 13, 2022, and is available now for pre-order from our online shop or from your local independent bookstore. 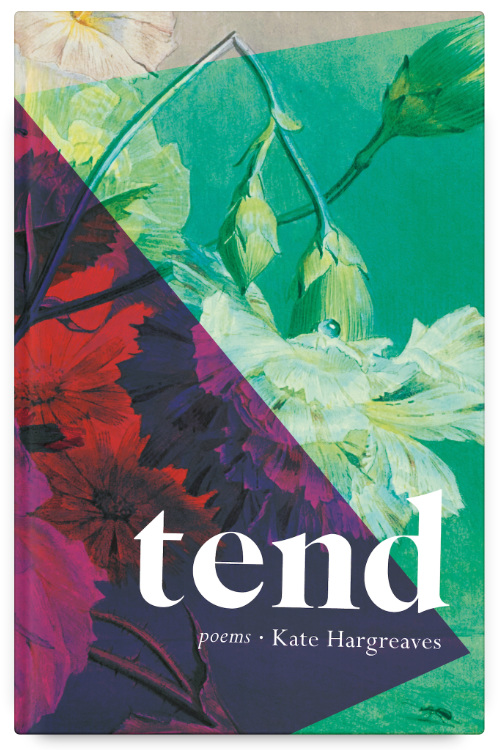 I don’t know who needs to hear this, but
—those scabs are starting to weep.

I don’t know who needs to hear this, but
—knock twice when tempted to scratch.

I don’t know who needs to hear this, but
—dehisce is not a sound.
—elevate the heart.
—chew magnesium for cramps.

I don’t know who needs to read this, but
—no one’s hitting ten thousand steps.

I don’t know who needs to test this, but
—the higher, the closer to god.

I don’t know what else to tell you, but
—your hold time is forty-two minutes.

I don’t know who heeds a warning, but
—don’t shower or eat after midnight.

I don’t know if you missed the memo, but
—sick days just aren’t in your contract.

I know it might be a stretch, but
—hold corpse pose and beg for relief.

I don’t know who’s already numb, but
—pinch twice before digging in.

I don’t know who finds themselves splitting,

but I don’t know whose edges are fraying, but

I don’t know your threshold for asking, but
—a cobbler can patch up those seams.

Kate Hargreaves is the author of the poetry collection, Leak, as well as Jammer Star, a roller derby novel for young readers, and Talking Derby, a book of prose vignettes. She holds an MA in English and Creative Writing from the University of Windsor, where she received the Governor General’s Gold Medal in Graduate Studies. Her work has appeared in literary journals across Canada, the US, and the UK. As a book designer for numerous Canadian presses, Hargreaves has received honours from the Alcuin Society for Excellence in Book Design, the CBC Bookie Awards, and the Book Publishers Association of Alberta. She grew up in Amherstburg, Ontario, and lives and works in Windsor.