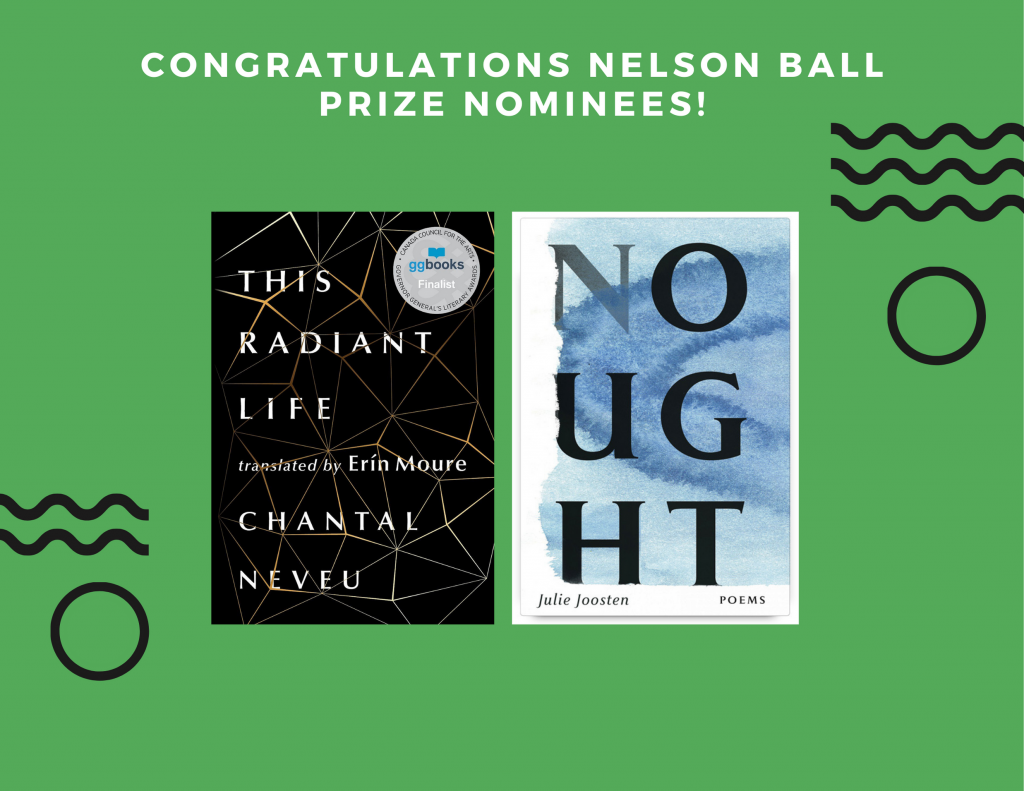 We are thrilled to announce that This Radiant Life by Chantal Neveu, translated by Erín Moure, and Nought by Julie Joosten have both been shortlisted for the second-ever Nelson Ball Prize. This prize is given annually to a publication by a Canadian poet featuring “poetry of observation.” Last year, Mark Truscott’s poetry collection, Branches, won the inaugural Nelson Bell Prize. The winner of the 2021 award will be announced in the next few weeks. Read on to learn all about the outstanding poets and books up for the award this year. 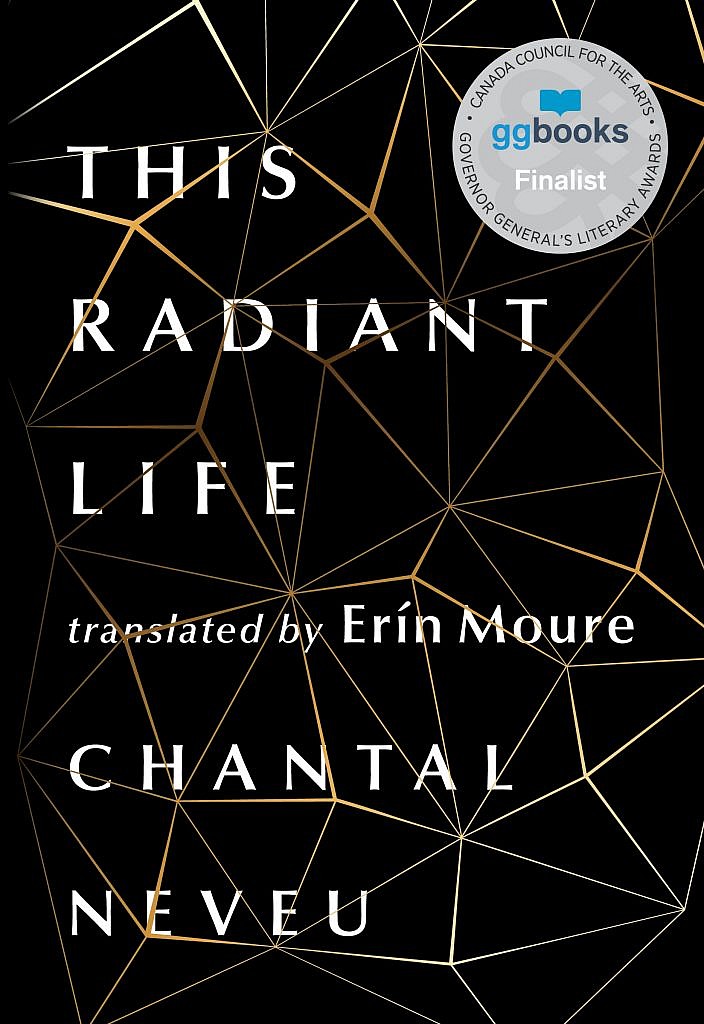 A big congratulations to Chantal Neveu and Erín Moure for this second nomination of the season—following on the heels of This Radiant Life‘s inclusion on the Governor General’s Literary Award for Translation shortlist. This stunning long poem draws on the lexicons of science, art, and revolution, forging intense and extended rhythms that invoke the elements and spaces making up our world. In its brevity and persistence, This Radiant Life is a material call for action: it asks us to let go, even just a little bit, of our individuality in favour of mutuality, to arrive separately yet in unison at a radiance in which all living beings can thrive. “This Radiant Life crushes narrative and reference, not into parts of speech but into illuminated particles, ‘words as such,'” writes celebrated poet Fred Wah. 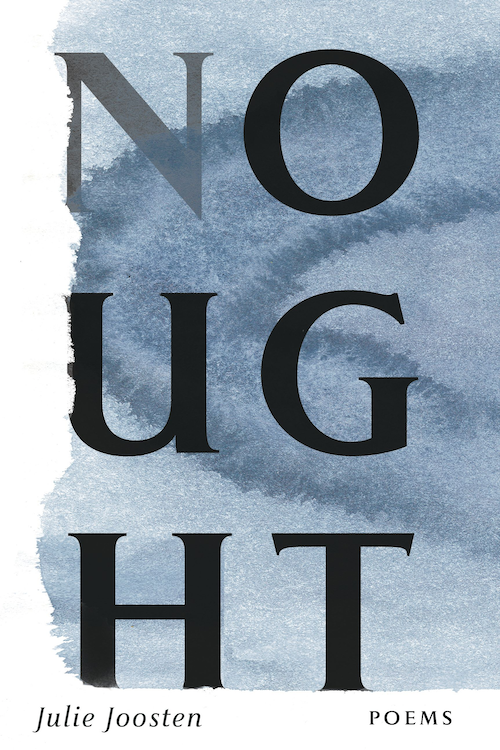 Another round of applause for Julie Joosten and her poetry collection Nought! These poems, in all their passions, inhabit the unfastened “and” of capacious loves and allegiances, refusing to choose between them; thought comes alive through the materiality of body and experience, neurology and metaphysics entangled with sentient physicality—skin, eyes, mouths. Lisa Robertson, author of Nilling, calls Nought “tenderly porous.” “Joosten composes a phenomenology of care, brings me to the sill of an attentive stillness where I am free to not be myself. It’s a little frightening and a little exhilarating. But in these poems, I am welcomed and supported by the shared minutiae of perceiving.”

That’s all for now dear reader! Please join us again in congratulating Chantal Neveu, Erín Moure, and Julie Joosten! Congratulations as well to the other shortlisted authors and their publishers. Both books are available through our online shop or from your local independent bookstore. Happy reading!

Julie Joosten’s first book, Light Light, was a finalist for the Governor General’s Literary Award for Poetry, the Gerald Lampert Memorial Award, and the Goldie Award. She won the Malahat Review Long Poem Contest in 2011. She lives and writes in Toronto on the traditional land of the Huron-Wendat, the Seneca, and most recently, the Mississaugas of the Credit First Nation.