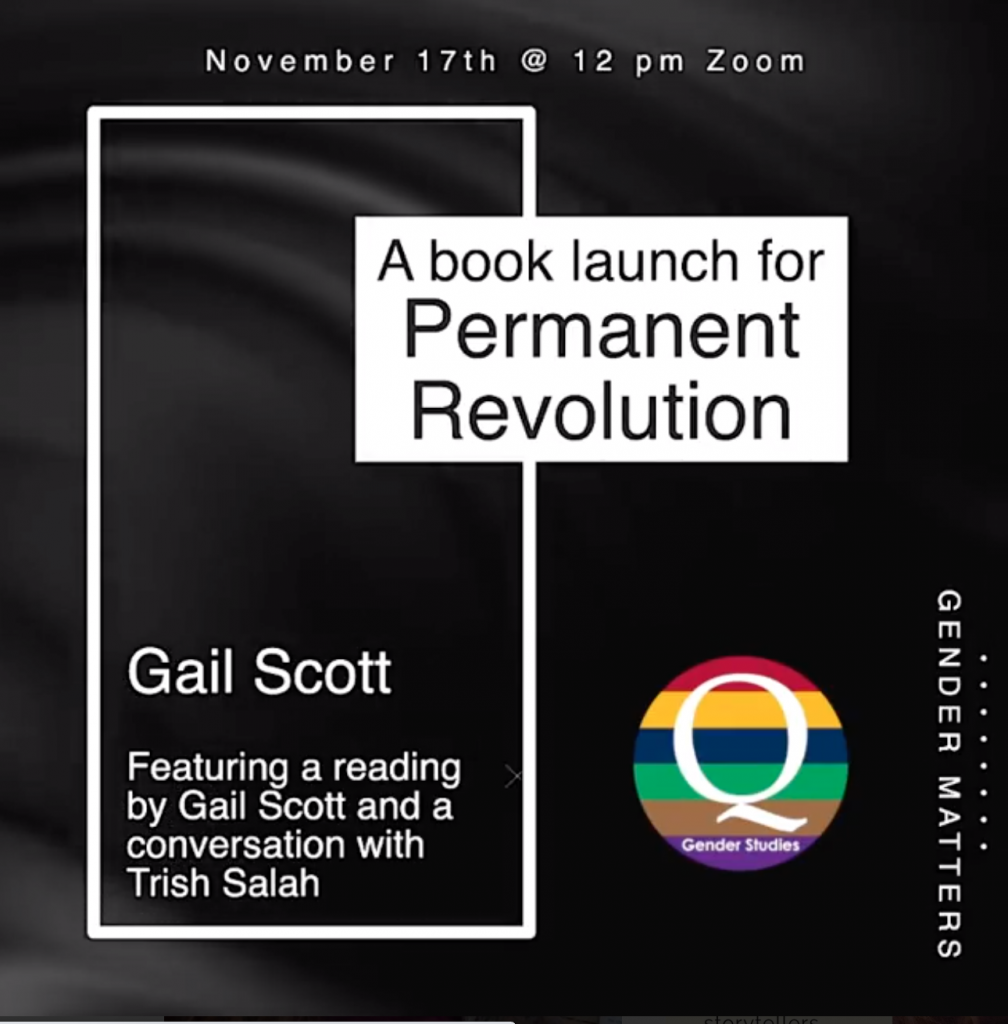 “Where there is no emergency, there is likely no real experiment.”

We are excited to share that tomorrow, Wednesday, November 17, the Gender Matters Speaker Series at Queen’s University will host a book launch for Permanent Revolution by Gail Scott! The event will feature a reading by Gail Scott and a conversation with Trish Salah! Presented by the Department of Gender Studies.

Gail Scott’s Permanent Revolution, a collection of new essays gathered alongside a recreation of her groundbreaking text, Spaces Like Stairs, was recently named a finalist for Le Grand Prix du livre de Montréal 2021. In conversation with other writers working in queer/feminist avant-garde trajectories, including l’écriture-au-féminin in Québec and continental New Narrative, these essays provide an evolutionary snapshot of Scott’s ongoing prose experiment that hinges the matter of writing to ongoing social upheaval. “At once erudite and intimate, Permanent Revolution is a vital set of meditations on difficulty and feminist art,” writes Anne Boyer, author of The Undying, “Gail Scott convincingly and beautifully evokes feminism as an ongoing experimental practice: courageous, expansive, and necessary to all.” 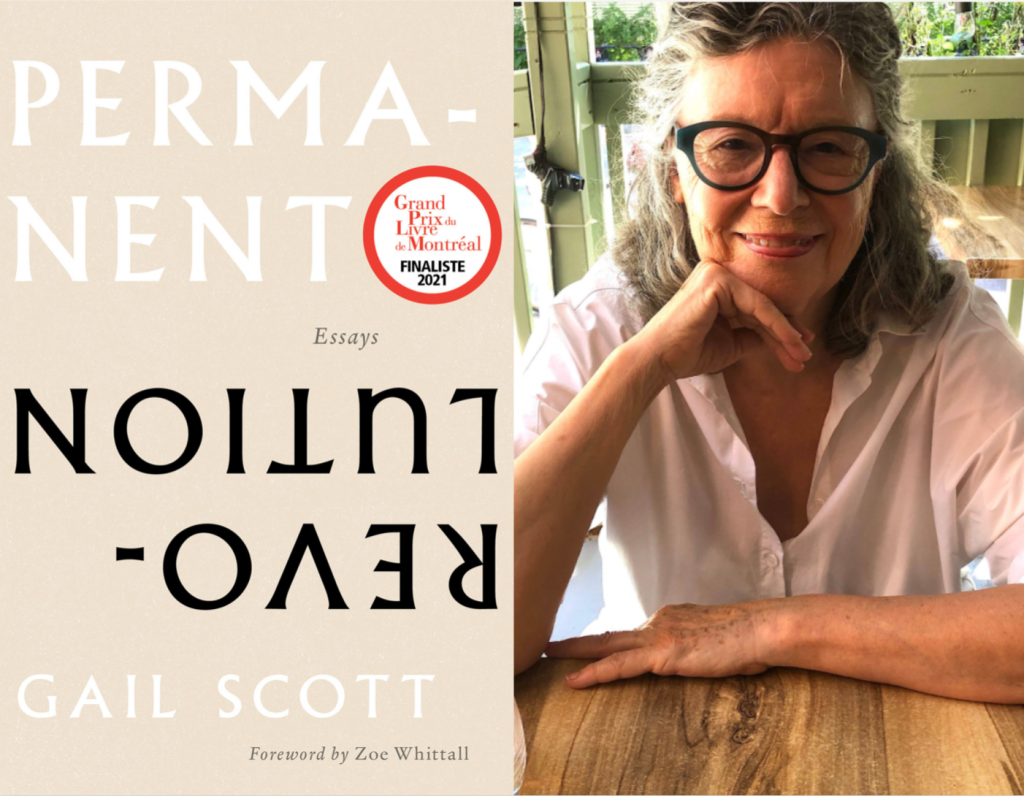 Don’t miss out on what is sure to be a fascinating event! There is still time to register to attend this free online event here.

Gail Scott is the author of Spare Parts (1981), Heroine (1987; finalist for the Paragraphe Hugh MacLennan Prize for Fiction; re-issued in 2019 with an introduction by Eileen Myles), Main Brides (1993; finalist for the Paragraphe Hugh MacLennan Prize for Fiction), My Paris (1999), Spare Parts Plus Two (2002), and The Obituary (2010; shortlisted for Le Grand Prix du livre de Montreal). Her essays are collected in Spaces Like Stairs (1989) and in La Théorie, un dimanche (1988) which was translated into English as Theory, A Sunday (2013). Scott is co-editor of the New Narrative anthology: Biting the Error: Writers Explore Narrative (2004; shortlisted for the Lambda Literary Award for Nonfiction Anthologies). Her translation of Michael Delisle’s Le désarroi du matelot was shortlisted for a 2001 Governor General’s Literary Award. A memoir, based in Lower Manhattan during the early Obama years, is forthcoming. Scott lives in Montréal.
Share this post
Facebook Twitter Pinterest