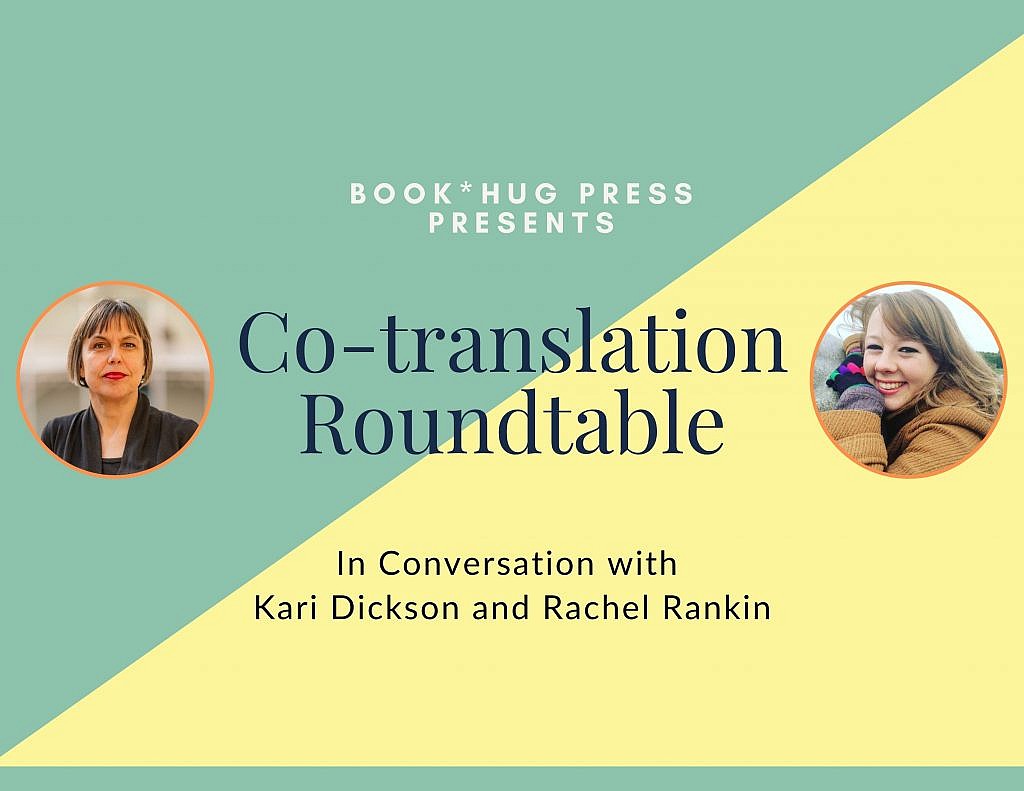 And Martha? She was a muttonhead. So reads a quote from Because Venus Crossed an Alpine Violet on the Day that I Was Born by Mona Høvring— “muttonhead” a triumphant translation of the Norwegian word “fe,” which literally means “cattle” but has other connotations in Norwegian which demand a more creative use of English vocabulary. This inventive solution was the work of translators Kari Dickson and Rachel Rankin—one of many puzzles solved throughout their process.

So many decisions like this are made in the act of translation, taking a book from one language and rendering it in another, all while maintaining its essential feeling, rhythm, and legibility. Co-translation is all the more perplexing as it involves two readers, each with a unique relationship to the language of the original text and the language of translation. Working together, translators are likely to notice their own linguistic idiosyncrasies, preferences, and limitations as they bump against the other’s. This can be an expansive, even thrilling, experience for translators, with all the benefits of open discussion, multiple perspectives, and shared passion for a text.

We are delighted to feature a roundtable discussion between Kari Dickson and Rachel Rankin all on the topic of co-translation. Read on for an enchanting exchange.

B*H: Typically in co-translations each person translates a half of the book and they are combined and streamlined at the end. How compatible were your individual translations before you went through a process of combination?

Rachel Rankin: It was an interesting process because I had already translated just under half of the book – I had completed two sample translations together with an excerpt published in Words Without Borders in September 2019, which was edited by Kari. We then divided up what was left of the book to ensure that we both translated approximately half of the book each, then we had a number of meetings over the months that followed to discuss and debate and streamline until we had a full final translation. I was actually surprised at how well our respective sections slotted together – despite lots of editing and fine-tuning, not much time was spent on trying to make our respective sections cohere, as they seemed to flow very well into each other! I think we both had a similar vision and approach for this particular book, which made it a particularly fun and interesting one to co-translate.

Kari Dickson: I would say that we were fairly compatible. Mona has such a strong voice and style that it would it be surprising if the translations diverged wildly. I had read the sections that Rachel had already translated, and we met and talked before we started on the rest. And also decided how to divide the book. We translated different sections, not strictly alternating, but closer to that than a neat half-half. We sent our sections to each other and edited them, before meeting (on Zoom) to discuss anything that we felt needed to be untangled and ironed out. So we worked through our individual translations section by section, and then did a couple more revisions of the entire book before submitting it. And by that stage, obviously, we were very in tune with each other’s language. But we did give the game away a little as we’d forgotten to streamline the font!

B*H: What is one example of a moment in which you had a difference? One example where you had to call or work through something. Did you come to a satisfying compromise in the end?

Rachel Rankin: I am incredibly dash-happy as well as being fond of a good gerund, and I remember that created quite a lot of discussion! I think there was some give and take on both ends and I’m sure both of us ended up happy, whether we were the one compromising or not!

Kari Dickson: We couldn’t agree on when to use which and that, so we had to comprise there, with much discussion, but no animosity. I think that was really the only consistent difference! One solution that I remember we were both very pleased with was muttonhead. In the Norwegian, Ella says Martha is a “fe”, which translates literally as cattle, but also means dunce or blockhead. So with muttonhead, we got the reference to domestic animals, but it’s also a more old-fashioned expression, so fitted well with Mona’s range of vocabulary and style.  I am also particularly fond of Rachel’s translation of the father’s pet names for Ella: “He called me “treasure”, “little supernova”, “little heart”, “little lamb”. “Oh, you crumpled caramel wrapper,” he called me, “little hazelnut”, “little sugar cookie”, and “old crow”.”

Kari Dickson: No, not at all. Rachel had already done some work on the book previously (see Words Without Borders Norway edition, September 2019), and I had wanted to translate Mona’s work for a long time, so we agreed we’d do it together, and got the go-head from Book*hug. Though, in a way, you could perhaps say that every co-translation is an act of mentorship, as you always learn from your co-translator, be that vocabulary, means of expression, ways of looking at the text – and the world. It helps you let go of your attachment to your own way of saying things. There is always something to share and learn in the experience and background you bring to a translation. I find the process of co-translation very fulfilling for all these reasons. But it can be a longer process, as you have to weave the parts together and smooth out the differences – so not something I would do all the time. Which makes it all the more special when I do, and all the more enriching.

Rachel Rankin: I suppose you can say that all co-translation is an act of mutual mentorship: you work closely with another person on a piece of work, have your work fine-tuned and questioned by the other, and ultimately emerge knowing a bit more about how both you and your co-translator work. But I wouldn’t say that this was a mentorship in the official, hierarchical sense, no.

B*H: How did the other person make you a better translator? What parts of each other’s brains were best at use? For example, does one of you know the language better? Does one person have a more musical relation to language and was good at loosening passages? Etc.

Rachel Rankin: Anyone who knows Kari knows how much of a prolific, well-known and respected translator of Norwegian literature she is, so it really was wonderful to have the opportunity to work on this book together with her. I enjoyed hearing how she tackled certain stylistic issues unique to Norwegian literature, particularly ones I often find challenging, as it drew my attention alternative solutions and methods I may not have previously considered. It is difficult to pinpoint one particular factor, however – the entire act of co-translation was a learning experience in itself, and I do feel I learned a lot during the process. It’s just fascinating how two people tackle the same problem, and the act of co-translation definitely broadened my mind to alternative solutions and ways of thinking.

Kari Dickson: My mother is Norwegian, so I have been more or less immersed in Norwegian culture and language all my life, and perhaps had the edge there. Rachel has learnt Norwegian from scratch, which is seriously impressive. She is a poet in her own right and is currently doing a PhD on the translation of poetry and I would say has a keener awareness of language and, as you mention, musicality. So we complemented each other well. Mona’s language is very rich and poetic, and she often combines old fashioned words with more modern expressions, which allowed both of us to use our strong sides and learn from each other.