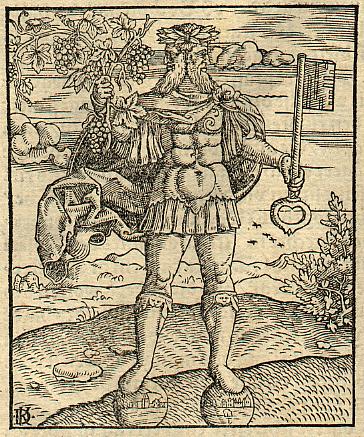 Like the two-headed god Janus, who sees what’s ahead and what’s behind at the same time, we’re taking a moment this early January to look back at our big exciting year of books, fairs, festivals, anniversaries, etc., and to and talk a bit about what’s next for the small press called BookThug.

One brand new thing we can’t wait to tell you about is our BRAND NEW WEBSITE! BookThug.ca has never looked better. Big thanks to John Schmidt, our wonderful Web Media Consultant, and to the OMDC for their generous support. And now, without further ado…

Time in 2014 did not go dully by. It was in many ways a year of wonders. Here are some of the broad strokes.

We began our year by strengthening our core, welcoming fiction editor Malcolm Sutton and poetry editor Phil Hall to the fold, joining John Schmidt (Web Media Consultant) and Ruth Zuchter (Copy Editor) as indispensable members of BookThug’s editorial team. After an amazing year full of exciting books, we feel very lucky to have Phil and Malcolm on board.

Recognized as one of the most important voices in Canadian lyric poetry, Phil Hall is the author of many books, including the long poem White Porcupine (2007), the multiple-award-winning Killdeer (2011), and, his most recent, The Small Nouns Crying Faith (2013).

Malcolm Sutton is a distinguished author, editor, book designer, and educator. Besides his duties as the head of BookThug’s Department of Narrative Studies, Malcolm is the founding editor of The Coming Envelope, a journal of experimental prose. If you haven’t picked up a gorgeous, hand-pressed copy of this great periodical, back issues are available at bookhugpress.ca. Fan’s of the kind of fiction BookThug publishes should definitely check out The Coming Envelope.

Last February, the devoted citizens of BookThug Nation assembled at the Monarch Tavern in Toronto to celebrate the press’s 10th anniversary. Heartfelt speeches, eclectic readings from a variety of literary luminaries, puppetry, music, and a room full of friends collectively told the press’s rags-to-trade-publishing story: from the early, swashbuckling days of Boondoggle Books to the sleek, modern BookThug you’ve come to know and love.

Jay MillAr and Hazel Miller at the Monarch Tavern in Toronto, February, 2014.

Many moons ago, BookThug founder Jay MillAr and managing editor Hazel Miller published a journal called HIJ. It came out every two weeks in tiny editions, bound in silk-screened or handmade rubber-stamped print covers. Each issue featured new writing from a variety of contributors, including Jennifer LoveGrove, Brian Francis, Shannon Bramer and more. After five issues, however, HIJ (or perhaps Hazel and Jay) collapsed in a heap.

Early last year, Jay and Hazel decided to resurrect the HIJ journal and pair it with a new salon style reading series to be held at cozy BookThug HQ in West Toronto. Thus, HIJ was born (reborn). Readings are held one Sunday afternoon each month. Each event features two writers who read their work in a salon style setting followed by an author Q&A. New issues of the HIJ journal, featuring new work by the readers, are available for purchase each month.

Later this month (18 January 2015) HIJ House Reading Series celebrates it’s one year anniversary with readings by André Alexis and Baziju, aka: Roo Borson and Kim Maltman. Not to be missed. Info for the series can be found here.

2014 was memorable year of literary adventures. BookThug was proud to send out into the world first books of poetry from Wanda Praamsma (a thin line between), Kate Hargreaves (Leak), and R. Kolewe (Afterletters).

It was our pleasure to introduce to English-speaking audiences two phenomenal literary voices: Guadalupe Muro, whose quasi-fictional autobiography Air Carnation continues to wow readers and critics alike, and Bertrand Laverdure, whose superlative novel Universal Bureau of Copyrights is now accessible to Anglophone readers for the first time, thanks to Oana Avasilichioaei‘s brilliant translation. JC Sutcliffe reviews Universal Bureau of Copyrights in the current edition of the Times Literary Supplement.

Be sure to follow Guadalupe’s other projects, like Las cartas de Guadalupe, or the musical companion project to Air Carnation, Songs for Runaway Girls; and don’t miss Bertrand and Oana performing a section from Universal Bureau of Copyrights at our 2014 Fall Launch Party in Toronto.

There was a lot to get excited about this year in the poetry department. So many different books—many almost impossible to explain briefly, but, once read, entirely unforgettable.

THOU cemented Aisha Sasha John reputation as one of Canada’s most captivating young authors. Read an excerpt from THOU published in the The Globe and Mail last April; and do not miss this long-form conversation between Aisha and Lisa Robertson.

Here In There is Angela Carr’s third full-length of poems, her second with BookThug. We were thrilled to see Here In There make it into the finals for the 2014 A.M. Klein Prize for Poetry.

Secession / Insecession is a book that has garnered attention in and outside academic circles over the last few months, and we’re sure it will continue to do so for years to come. This truly unique collaboration between iconoclastic Galician poet Chus Pato and long time BookThug favourite Erin Mouré must be seen to believe, and can be sampled here.

City: Book One: Singular Assumptions—This year, a mainstay of the Toronto poetry scene, Michael Boughn, introduced us to his new extended sequence of poems, City. Check out Michael reading from City: Book One at our Fall Launch party in Toronto.

BookThug’s chapbook game was strong this year, if we do say so ourselves. If you have not checked out the masterful mini-collection from Stuart Ross, In In My Dream, you should seriously consider it. The same goes for David Peter Clark‘s a highly conceptual, visually spectacular tour-de-force, Pentacles.

In the spring we also launched A Gathering by Nelson Ball. Part elegy, part historical document, part testament, these poems, like all of Nelson Ball’s work, are tender and quiet, centring around the life of David UU (13 June 1948 – 23 May 1994).

If chapbooks are your bag, you might want to check out Jay’s online rare books emporium, Apollinaire’s Bookshoppe.

BookThug’s Department of Reissue was busy with two new additions to our bpNichol collection. bp:Beginnings collects Nichol’s early small press publications, previously only available in miniscule or lost editions. Theseus is a collaborative project between bpNichol and poet Wayne Clifford.

A banner year for the Department of Narrative Studies

BookThug’s Department of Narrative Studies, has had, to put it mildly, a huge year.

First, there was Jacob Wren’s Polyamorous Love Song. It’s hard to imagine anyone reading this novel without being irreversibly altered by it. A legitimately revolutionary artistic manifesto in metafictional clothing, Polyamorous Love Song defies description; but we were tickled pink when the Globe and Mail named it one of the top 100 books of the year.

Alisha Piercy’s Bunny and Shark introduced the world to one of the great heroines of contemporary fiction. We loved All Lit Up’s apt character study of Bunny, the aging playboy bunny turned caribbean island survivalist.

And we were of course thrilled to see our dear friend Julie Joosten shortlisted for the Governor General’s Award for Poetry for her wonderful debut book of poems, Light Light (BookThug, 2013).

Read a new poem from Julie,recently published on Lemon Hound.

So many book festivals and fairs!

Given all of the above, it’s amazing that BookThug had time to participate in so many of this year’s book festivals and trade fairs, including IFOA, Thin Air Winnipeg, Kingston Writers Fest, Ottawa International Writers Festival, Blue Metropolis Literary Festival, BookFest Windsor,  Edmonton Poetry Festival, the first even INSPIRE! Toronto International Book Fair, Word on the Street, Canzine, and Meet the Presses.

Having looked back on a jam-packed year, we look forward with great anticipation to:

We thank you for following BookThug, and for helping to make it a banner year.

All the best in the New Year! Do stay in touch!