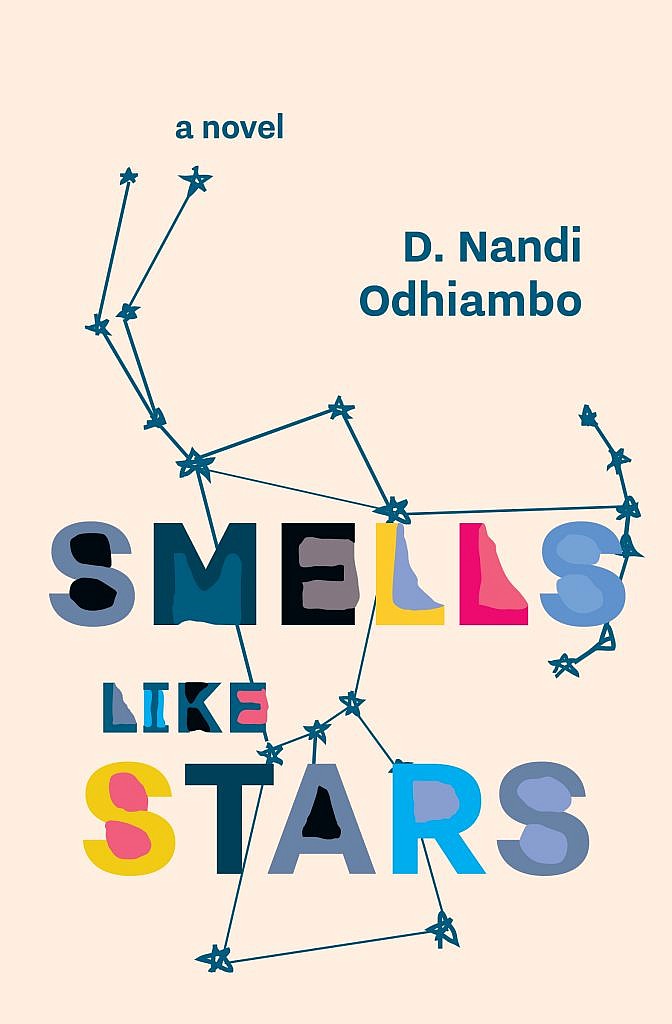 Nandi Odhiambo’s new book, Smells Like Stars, draws attention to what is hidden in plain sight, what cruelties life presents, and what struggles we face in our search for meaning. Journalist Kerstin Ostheim and freelance photographer P.J. Banner have been together six months after meeting on a dating website. As their wedding fast approaches, they question their compatibility while investigating mysterious horse killings taking place in Ogweyo’s Cove, the Pacific tourist haven where they live.

In the meantime, Schuld Ostheim, Kerstin’s transgender daughter from her first marriage, is preparing for an art exhibit after being hospitalized for a physical assault while her boyfriend, Woloff, an Olympic medalist in the 1500m, comes to terms with a career-ending knee injury. As Kerstin and P.J. get closer to the truth about the dead horses, they also begin to more clearly see each other. Simultaneously, Schuld’s and Woloff’s pasts come back to haunt them, jeopardizing their sense of a possible future.

In a review for World Literature Today, Shazia Hafiz Ramjii says “Smells Like Stars is a timeless story of those who must fight for their love beyond all understanding, including their own.” Leigh Kinch-Pedrosa from the LLP Blog adds, “Following people who live outside of the mainstream and are typically marginalized, the book challenges the idea of social “deviance” and “normal” moral decision making.”

Book*hug intern Mary Ann Matias recently sat down with D. Nandi Odhiambo to discuss some of the inspiration behind his latest novel, and more.

D. Nandi Odhiambo: There are a number of significant moments that propelled the writing of Smells Like Stars. One important one took place in the summer of 2014 when African American teenager Michael Brown was fatally shot by police in a suburb in Ferguson, Missouri. At one point during the protests that took place afterwards, brothers and sisters with their hands raised in the air chanting “Don’t shoot, my hands are up,” were tear gassed. It broke my heart in part because of the futility of the plea, something that became even more apparent when push back came from a substantial number of people who labeled these protesters irresponsible troublemakers. This moment spoke to an absurdity that a number of distinct communities deal with when others make authoritative claims about their difference, other people who think they’re being perfectly rational in applying their own generalized assumptions to judge them. Consequently, I worked with a series of questions as I wrote the novel that kept me focused on this absurdity in the interconnected realms of the personal and the public. The central question being, what is a responsible and ethical way to communicate in our encounters with other people?

MM: Is there a particular idea for the book that didn’t make it into the final draft?

DNO: Initially, my plan was to build the story around an unnamed protagonist who searches for a way to get beyond the inadequacy of language to describe and represent experience. This character, referred to using the gender neutral pronoun xe, was never identified as belonging to a specific gender or racial group. Therefore, an early draft of the novel destabilized the idea of what a character is by envisioning xe as a nomadic consciousness, one who moved through an absurd social environment where people responded to the anxiety caused by xe’s difference with an insistence on the sameness of identity, singular meanings, and a logic based on generalized assumptions.

DNO: One of the main things I emphasize while writing is consistency, but I don’t often have much control over the kinds of things I end up having to do each day. In order to stay consistent, I’ve had to do a majority of my writing late at night when all is still and quiet. To avoid a recent spate of back and neck problems, I began to sit on a mat on the living room floor and lean back on a medicine ball set up against the wall. It’s a writing spot that has grown on me, and now I rarely work at a desk anymore.

DNO: I’m driven by a seeming inability to not write, and an unexplainable need to write. I am not certain why I keep doing it when it requires so much effort, and at times I don’t think I like it very much. My wife, Carmen, says I do it because I love writing, and I keep trying to explain to her that this isn’t the case. However, I tend to say this when I’m banging away at the computer keys, totally absorbed in my work. Perhaps she’s onto something, and although writing often feels more like a compulsion to me, I must love something about it – perhaps the ways it helps me organize my thoughts, and the thrill of surprising myself by what I create.

MM: If your book had a taste, what would it be and why?

DNO: It would taste like a smoothie with spinach, bananas, goat milk, ginger root, and ice cubes because it’s made up of an unusual combination of elements that taken together are good for you.

MM: If you weren’t a writer, what else would you be doing?

DNO: If I’m looking for answers to questions about existence that bedevil me, I read philosophy. It’s one of those things has become increasingly more important to me over time, and it gives my mind something challenging to puzzle through that I get a great deal of satisfaction from. Therefore, I’d most likely be a philosopher who wanders from city to city, in a toga and sandals, asking questions and discussing answers. 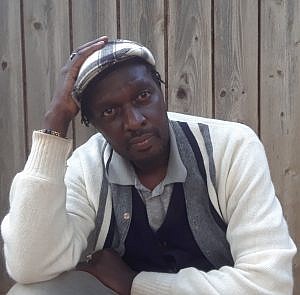