We’re All in This: Black History Month, and Far Beyond | Book*hug Press 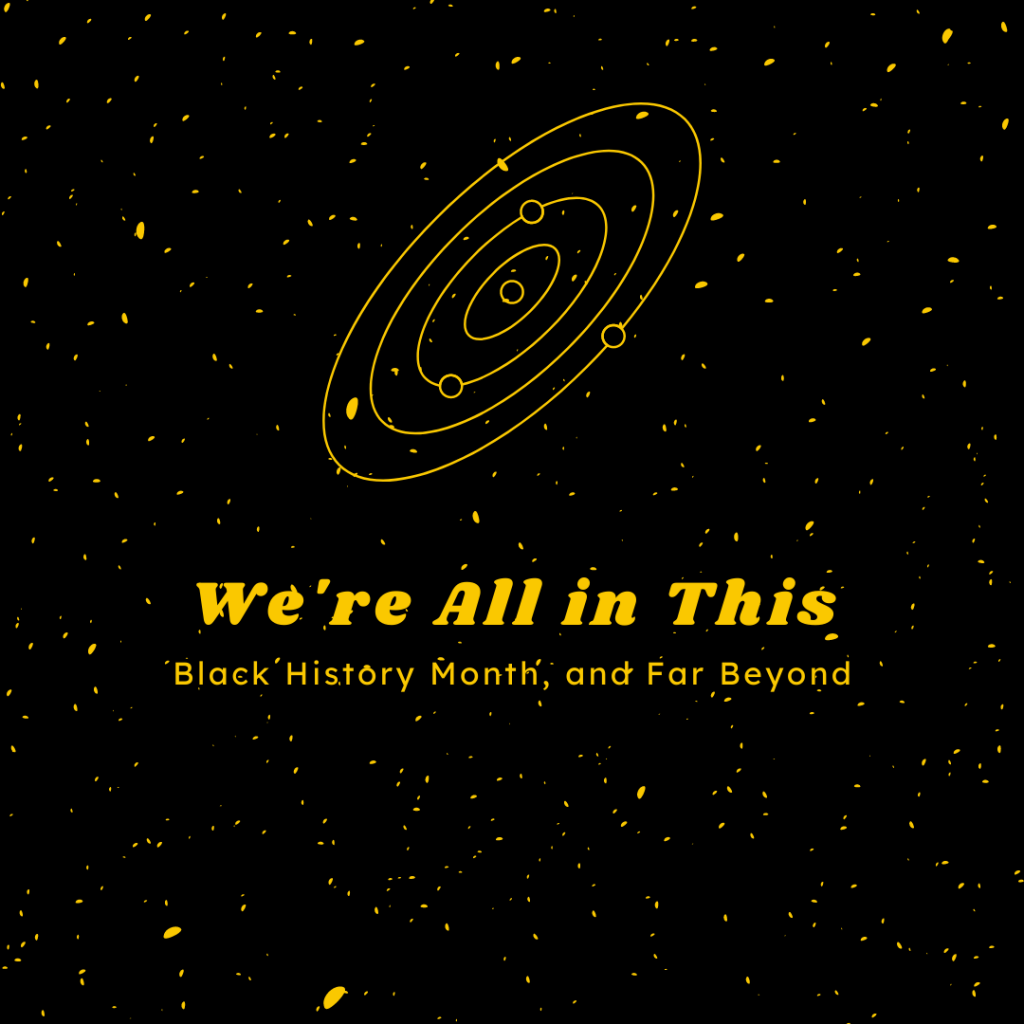 Make no mistake: the pandemic has tangled the whole world in its web. But as the whole world watches Black people increasingly brutalized, disregarded, and placed at risk, refrains like “We’re all in this together” give pause, shining a blacklight on the blood in the chasm.

Whose bodies are unconditionally worthy of health and safety? Whose bodies are worthy of love and justice? This Black History Month, the answers to these questions are especially important, but also especially vague. Many of us feel a kind of déjà vu—knowing we’ve persisted, wept, before—even as we tread water cloudy for everyone. Blog posts can’t ward against anti-Blackness, nor can they undo the past year’s weight on our collective nervous systems, let alone the past decades or centuries. What they can do, with caution, is encourage you to listen: to Black thinkers, to Black storytellers. To the sound of our joy as it thrills with our rage and our grief on the page. We’ll be making space for this work, however transformative, for the next couple of weeks. 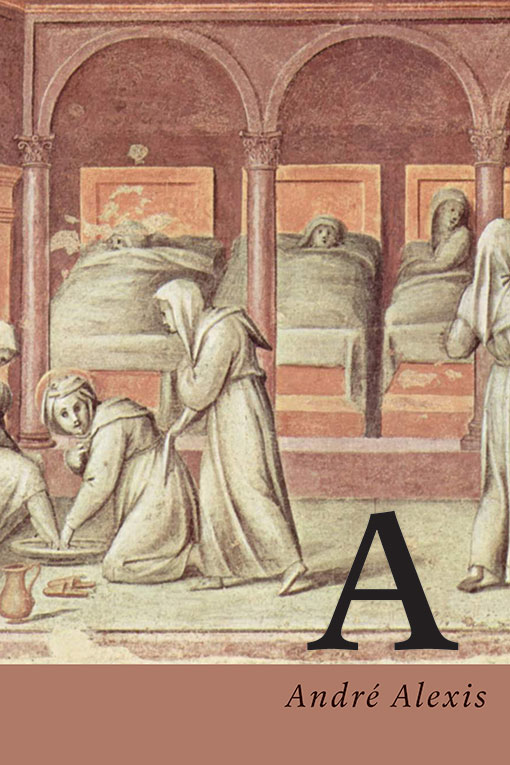 Our series begins with the novella A, by André Alexis, which follows Toronto book reviewer Alexander Baddeley. Baddeley, who is obsessed with the work of the elusive and mythical poet Avery Andrews, tracks Andrews down, thinking that meeting his literary hero will provide some answers to his lifelong questions about creativity, art, and inspiration. Alexis has described his fictional terrain as “the shifting ground between the imagined life and the life that you live in from day to day,” and there’s no better representation of this than the compelling narrative in A. “Alexis already knows what it takes many grey wise men a lifetime to realize: that neither memory nor history is a straight line,” writes the Edmonton Journal.

As part of our series, we’re honoured to share a brief excerpt from A, which you can read and enjoy below. Join us next week as we continue our effort to support the work of Black authors.

There was once a book reviewer named Alexander Baddeley. Though he thought, as reviewers often do, that reviews were meant to be “corrosive” in order to be true, he was too much the lover of words to be cruel or condescending, dismissive or unkind.

To make up for his “failings,” Baddeley sometimes flaunted his own (wilfully acquired) quirks as if they were the marks of deep feeling. For instance, he inevitably ate a single Brussels sprout and vanilla yoghurt for lunch, and he refused to take the subway because he was “afraid of snakes.” (He was afraid of neither snakes nor subways.) None of this helped his reputation, though. Among the very few who cared about book reviews, Baddeley was known for his bland diction and his so-so mind. In a word, he was unsuccessful.

Still, at the heart of the man, there was a longing to be better—to be more acute, deeper, more understanding—and this almost palpable longing made his company desirable to others. It inspired sympathy and a certain amount of pity as well. Among those who pitied him was the book editor of the Globe and Mail, Leo Martinson, a man who, once a month, assigned Baddeley a book to review, thus assuring him of the $300 that were the basis of his income. To earn the money he needed for food—because his rent in Cabbagetown was $300 a month—Baddeley reviewed other books elsewhere and sold his review copies to second-hand book shops as soon as he had done with them. In this way, he made a minuscule living, eating little, and going nowhere that cost money.

As concerns Baddeley’s sensibility, there is one more thing to say, but it is the most important thing. Alexander Baddeley would not sell the books of Avery Andrews. These he kept in a squat, glass-fronted, bookcase in his room at the boarding house. The seven books of poetry Avery Andrews had written shared space with a King James Bible, a complete Shakespeare, a Strunk & White, a Roget’s, and a concise Oxford Dictionary. These books were Baddeley’s valuables, held behind shatterproof glass, secured to his desk, locked against the vagrants who, from time to time, wandered in off the street and ransacked the rooms of the house where Baddeley lived.

The books of Avery Andrews—First, After First, More, Again More, Still More, More Two and More Three—were, despite their bewilderingly mundane titles, treasured in those circles where poetry had any standing at all. Even among Andrews’ most fervent admirers, however, Baddeley was exceptional. He had memorized every one of the 500 poems Andrews had published. He knew those that were considered “canonical” as well as those that were merely brilliant. Baddeley’s love for Andrews’ verse was an un-dimmable light in his soul and he would have done anything to meet the poet.

In his desire to meet Avery Andrews, Baddeley was not alone. No one had seen Andrews in a long time. Few could remember him, save for one of his high school classmates who did not so much remember Andrews as he did the blank in his memory where, at some point, Andrews must have been: Avery sitting beside him in class; Avery drinking from a water fountain; Avery winning an award for physics. Whatever the reason for his withdrawal from society, Avery Andrews had not allowed a photograph of himself to be taken in decades, had not granted an interview, had not collected any of the awards his poetry had won.

Andrews’ “hauteur” appealed to most of his readers. To them, it seemed fitting that the writer of almost glacially perfect work should live beyond the world, inaccessible. Andrews’ attitude was particularly appealing to Baddeley. It was “superb” in a way Baddeley imagined himself emulating if he had half of Andrews’ talent. He revered Andrews’ silence but, like all fervent admirers, there was something behind the reverence. There was the conviction that, should they ever meet, he and Andrews would understand each other.