The Films in You Are Eating an Orange. You Are Naked. | Book*hug Press 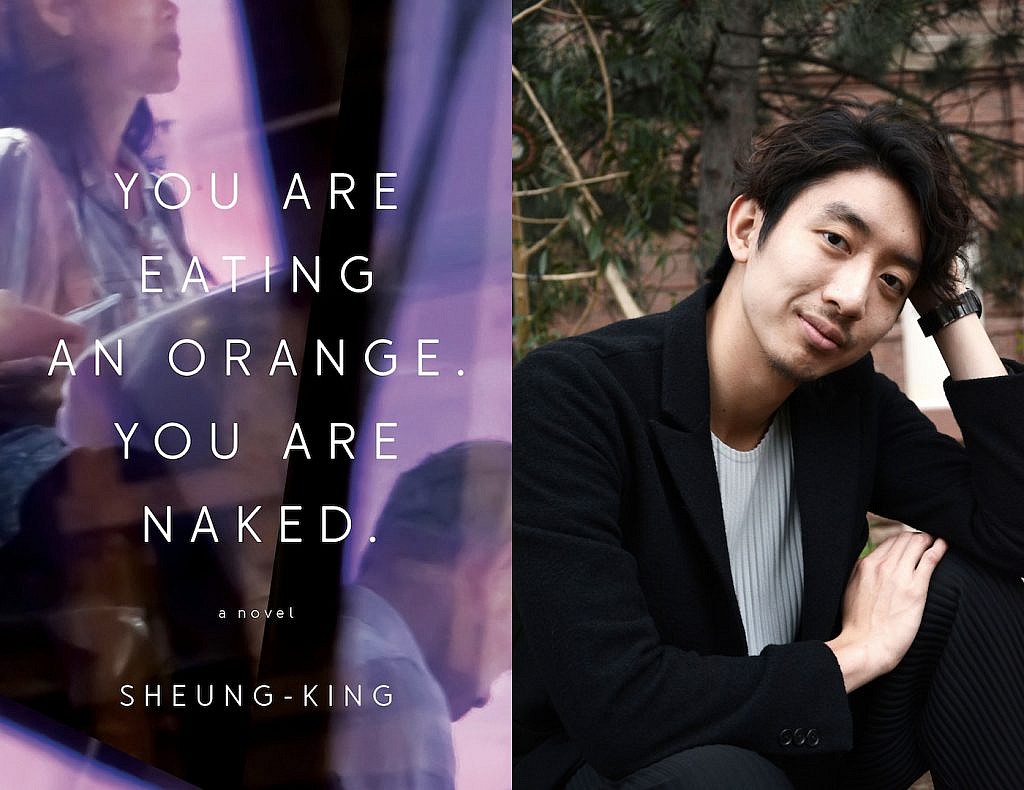 Today, we’re excited to share another guest post from one of our Fall 2020 authors! We asked Sheung-King—whose novel, You Are Eating an Orange. You Are Naked., was just published by Book*hug Press on October 27th—to write about some of the films that influenced his critically-acclaimed debut novel. Intertext radiates throughout the book, which, among other things, embraces the atmospheric narratives of film director Wong Kar-Wai—whose work you’ll learn more about below—and the playful surrealism of author Haruki Murakami. The following films are an audiovisual complement to You Are Eating an Orange. You Are Naked.’s clear prose, lush imagery, and excavation of Orientalism.

The Films in You Are Eating An Orange. You Are Naked.
by Sheung-King

Happy Together is a film about a couple, from Hong Kong, travelling in Argentina. The tensions in the relationship between Tony Leung and Leslie Cheung’s characters in Happy Together echo that of the one in Orange. The characters fight, they leave each other, they wander to unfamiliar places, they are often alone but ultimately, they are trying to escape from something (perhaps postcolonial angst).

Unpopular opinion: This is my favourite Wong Kar-Wai film.

This film is referenced in the very first chapter. As a person who grew up in Hong Kong, I love the idea of thinking about places as things that expire and wondering what an impending expiration date means to the present—a theme that Orange is also trying to explore.

This racist film is still somehow acclaimed critically around the world. Sofia Coppola’s Orientalist project is a piece of American propaganda that situates Tokyo as a neo-colony—making a Japan that plays America’s Japan—a perfect example for how subjects of the Western gaze often have no voice whatsoever—as a vessel for Westerners (especially Hollywood studios) to impose fantasies upon. I talk about this at length in Orange. I also want to add that what makes this even more problematic is that Japan uses this (being America’s favourite) as leverage, to hide their colonial past and continue a similar kind of (micro-)aggression to neighbouring Asian countries (something I wish I explored a little more of in Orange).

Sheung-King is a writer and educator. His work has appeared in PRISM International, The Shanghai Literary Review, and The Humber Literary Review, among others. He is currently a lecturer at the University of Guelph and Sheridan College. You Are Eating an Orange. You Are Naked. is Sheung-King’s debut book. Originally from Hong Kong, he lives in Toronto.