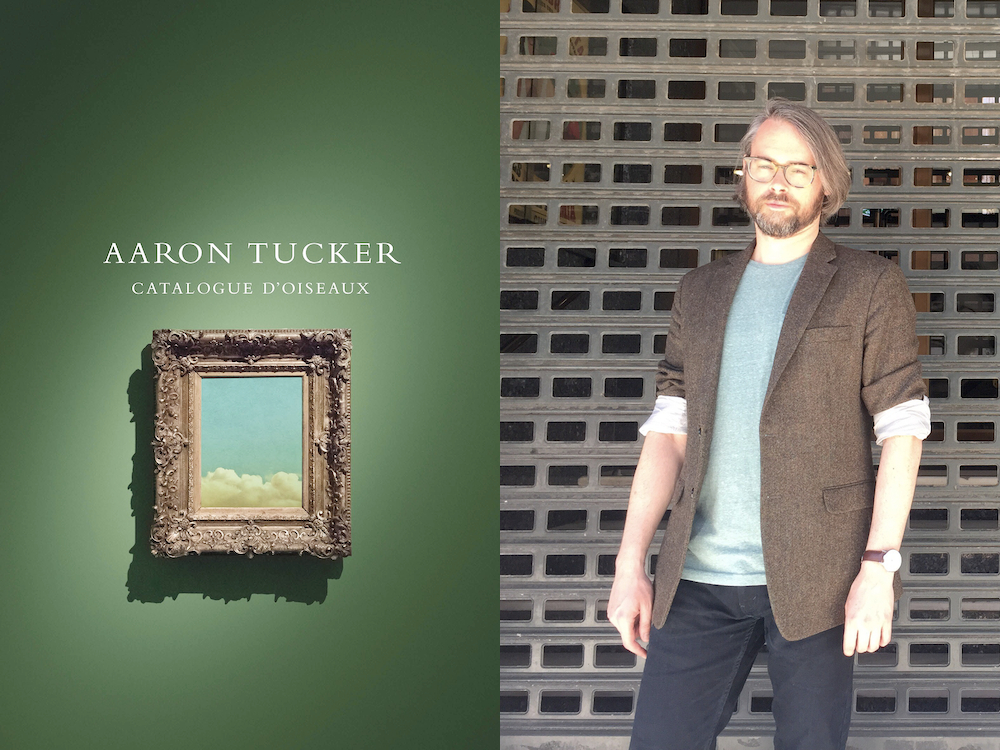 Today, we’re excited to preview Aaron Tucker’s Catalogue d’oiseaux. The book began as notes sent to poet Aaron Tucker’s long-distance partner. Not initially intended for publication, the writings moved, over time, into a long, lyrical, confessional love poem. Following the couple on travels across the globe—from Berlin to the Yukon, Porto to Toronto—this poem is expansive, moving sensually through small, intimate spaces and the larger world alike.

Catalogue d’oiseaux is a stunning work; a celebration of the depth of  love, and the elemental parts of life that make it so. The book lives between geographies and chronologies as a kaleidoscopic gathering of the many fractals that make up a couple’s life. We asked Tucker—who you may know as the author of Irresponsible Mediums: The Chess Games of Marcel Duchamp—to introduce his latest collection to readers, and to talk about some of its influences: 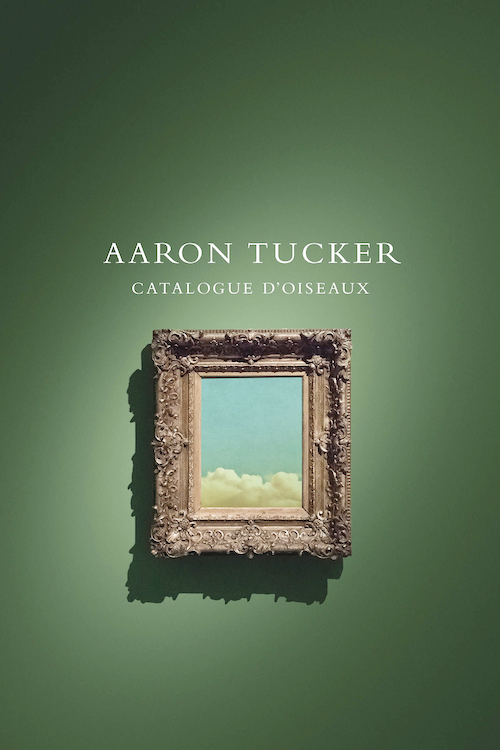 Catalogue d’oiseaux is a long poem centred on love, art and travel, particularly focused on the narrator’s relationship to Toronto and the Okanagan Valley in British Columbia. The book owes its existence to the many writers, musicians, and artists whose work I’ve been lucky to be able to interact with, central of which is the solo piano composition of Olivier Messiaen that the book takes its title from, a tribute to his wife Yvonne Loriod, who also performed the piece itself. The following are books that were direct or indirect influences on my thoughts as I worked through writing and editing the long poem. The following works give the pure pleasure of well-crafted phrases, of landscapes and cities in motion, of challenging my first impulses in writing, of friendship and mentorship. 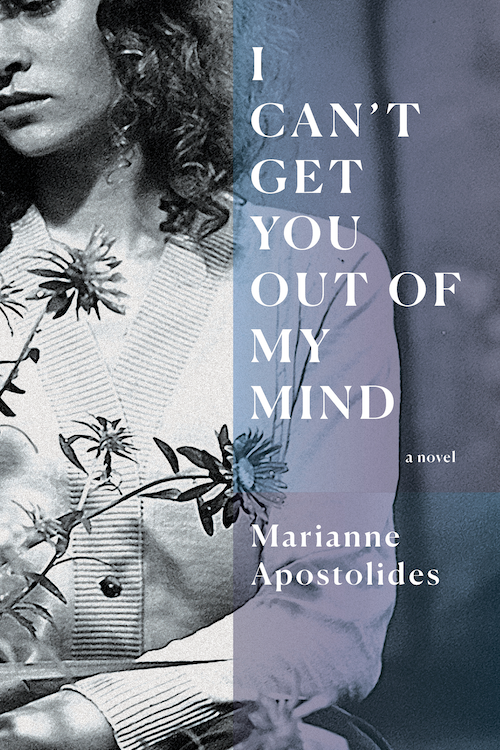 This novel grapples with the greater implications of artificial intelligence and our increasing symbiosis with our Internet-enabled devices with equal parts philosophy and realism. It is a work of big ideas while never losing its grounding to the beating heart of its protagonist and her struggles to reorient herself as she enters a new phase of motherhood.

(We excerpted this recommendation in “Book*hug Reads, Part One: Four Author Favourites for Your Holiday Wish List.”) 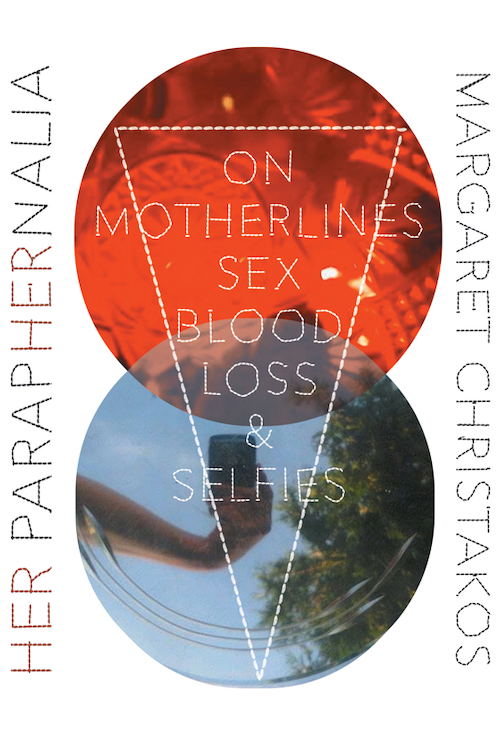 Her Paraphernalia: On Motherlines, Sex, Blood, Loss, and Selfies by Margaret Christakos

Part memoir, part travel diary, this collection of poetic essays augmented with photos compels a reader to re-encounter their own relationships with their body, death, and the vectors of technology that combine those forces. 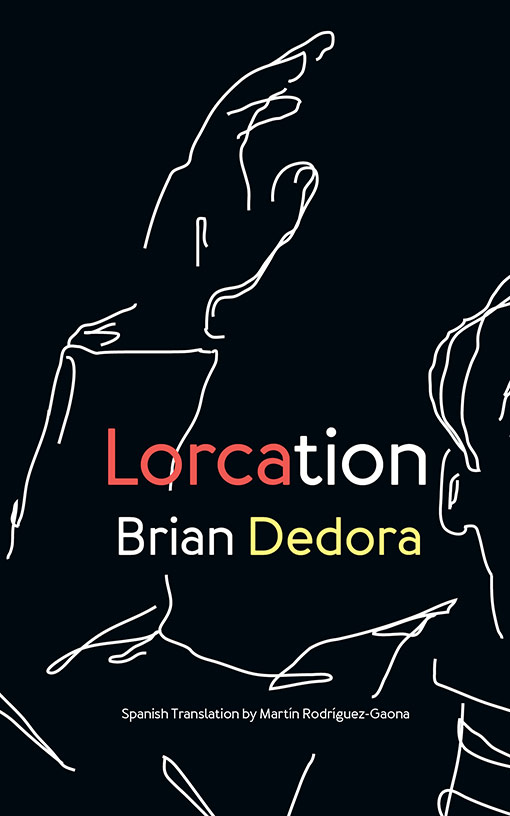 A stunning bilingual edition that delves into the complexities of Federico García Lorca as reflected through the personal and the historical, the poetic and the essayistic. 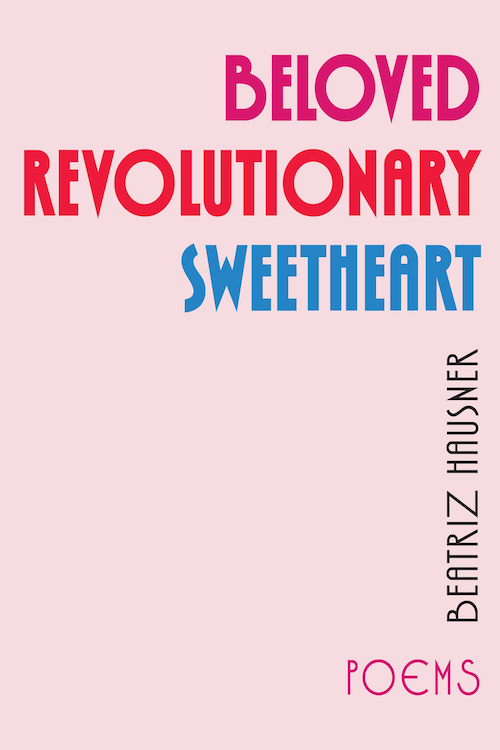 This book has a timeless quality to it, slipping between chronologies and myths, simultaneously celestially large and at the scale of a single goosebump. The erotics at its core are epic, musical, sensual, all the while never losing the intimacy of a couple straddling their tandem pains and pleasures. The rituals of this text scale mountain ranges and swim the depths of oceans, then burst forward into swirling dances of tongues, of language and sex, ecstatic and celebratory. 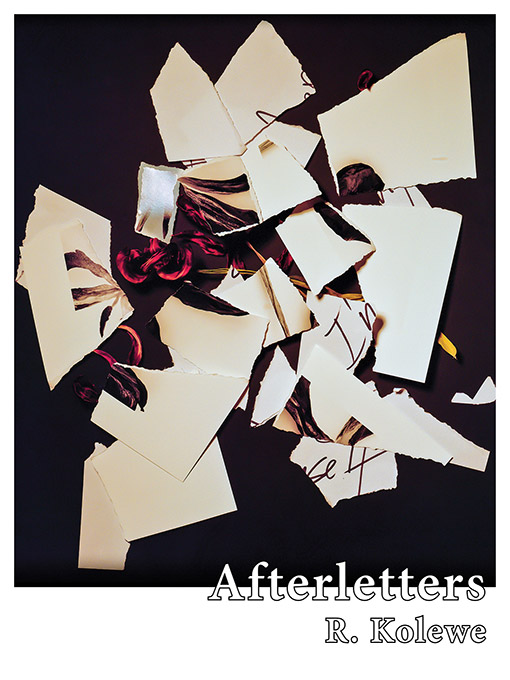 Delicate and resonant with heartbreak, the poems here are the afterimages of Paul Celan and Ingeborg Bachmann’s passion left imprinted on the pages in sparse and staggering letterforms. 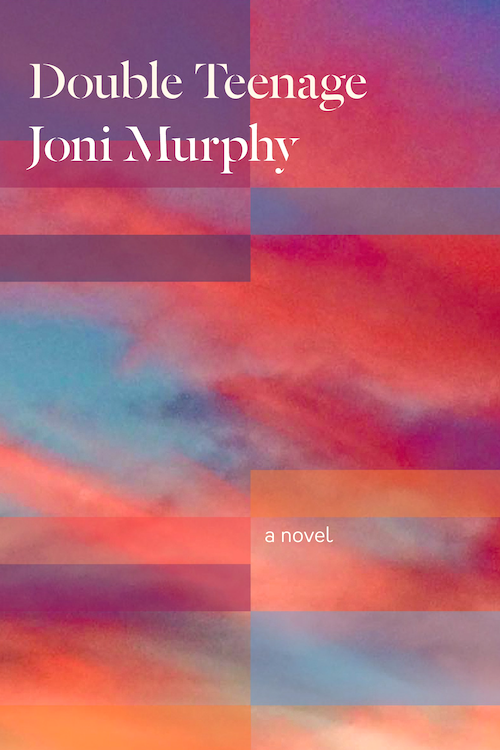 Spanning from the southern United States to the west coast of Canada, this novel charts its dual protagonists’ growing up, simultaneously expanding with each rambunctious page while pulling the two women together in intimacy. 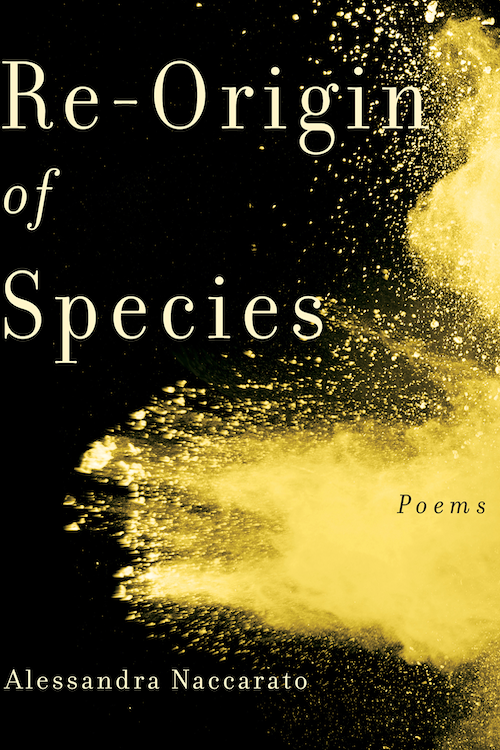 Re-Origin of Species by Alessandra Naccarato

A thoughtful though searing meditation on survival (as a species, as individuals next to each other and other species) and networks (land, insect, language) that straddles the dual landscapes of Ontario and British Columbia. 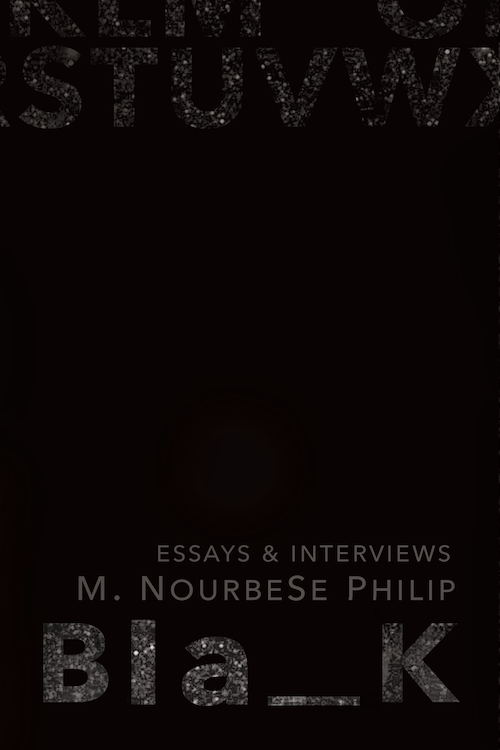 An indispensable collection from one of the most powerful thinkers in Canada, collecting Philip’s urgent and poetic works. This is a volume that contains a crystal clarity of intelligence while never losing the knotted and gorgeous language that make her writing so undeniable. 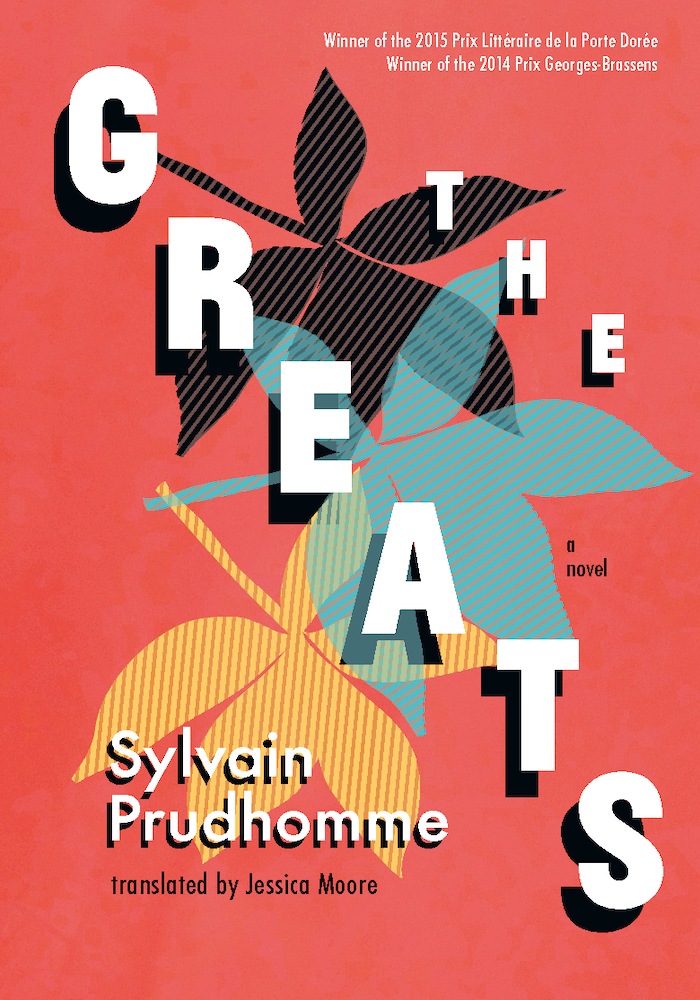 The Greats by Sylvain Prudhomme, Translated by Jessica Moore

A compelling mix of history, music, and a love story, all set in Guinea-Bissau. The funeral that weaves through the memories and narrative of the story is composed of sensual prose, expertly translated. 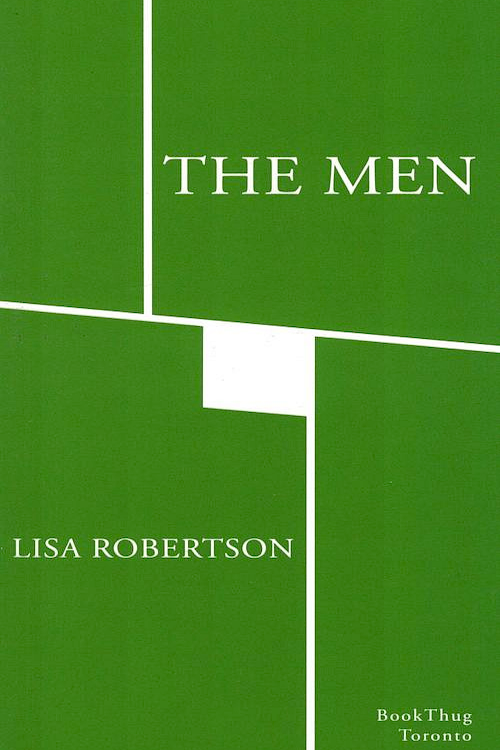 The Men by Lisa Robertson

Sharp-minded and funny, this incredibly rich text questions and bites at its own references to the Renaissance men of arts and words that colour so much of English literature, expertly undermining those voices with her own lyric precision.

As promised, we’ve selected an excerpt from Catalogue d’oiseaux, which you can read and enjoy below: 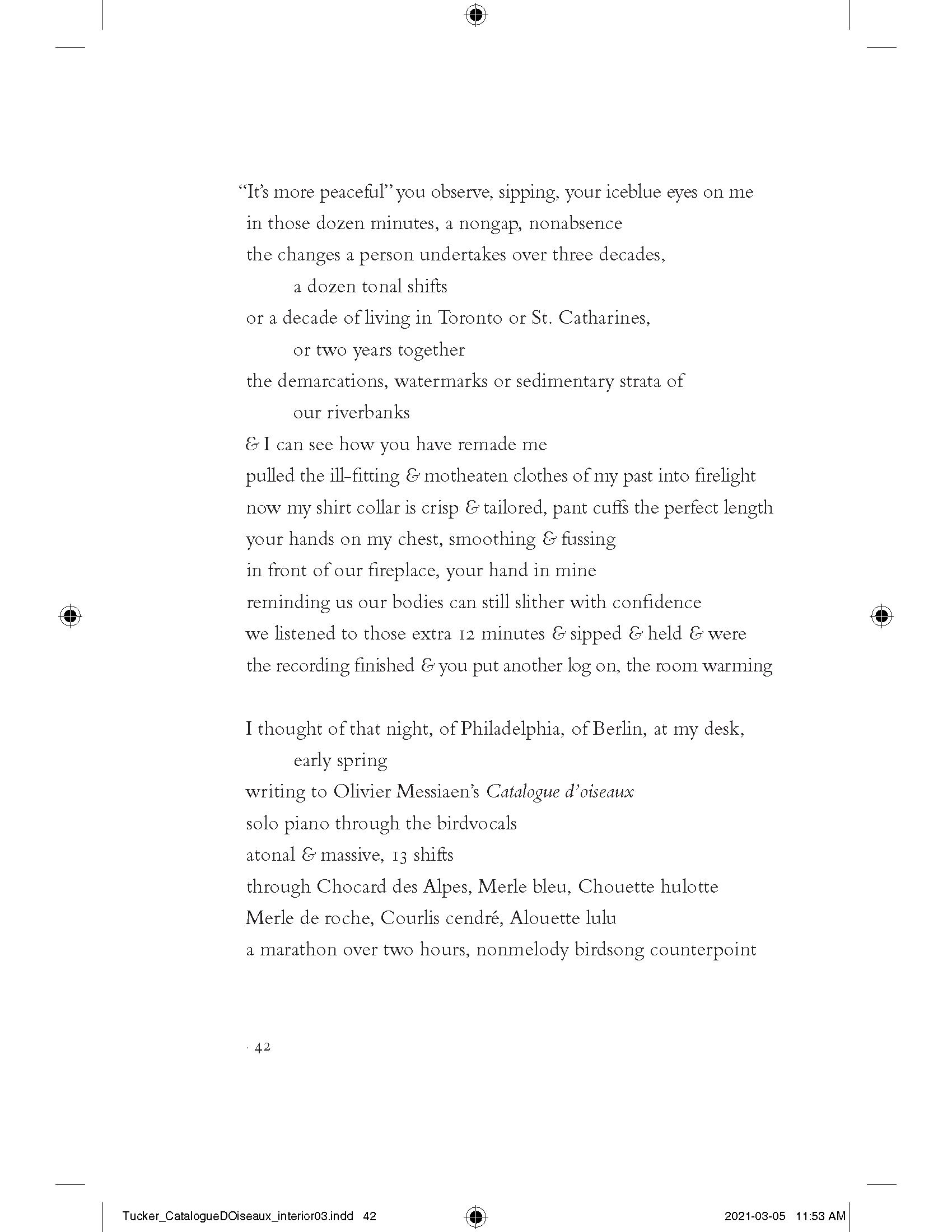 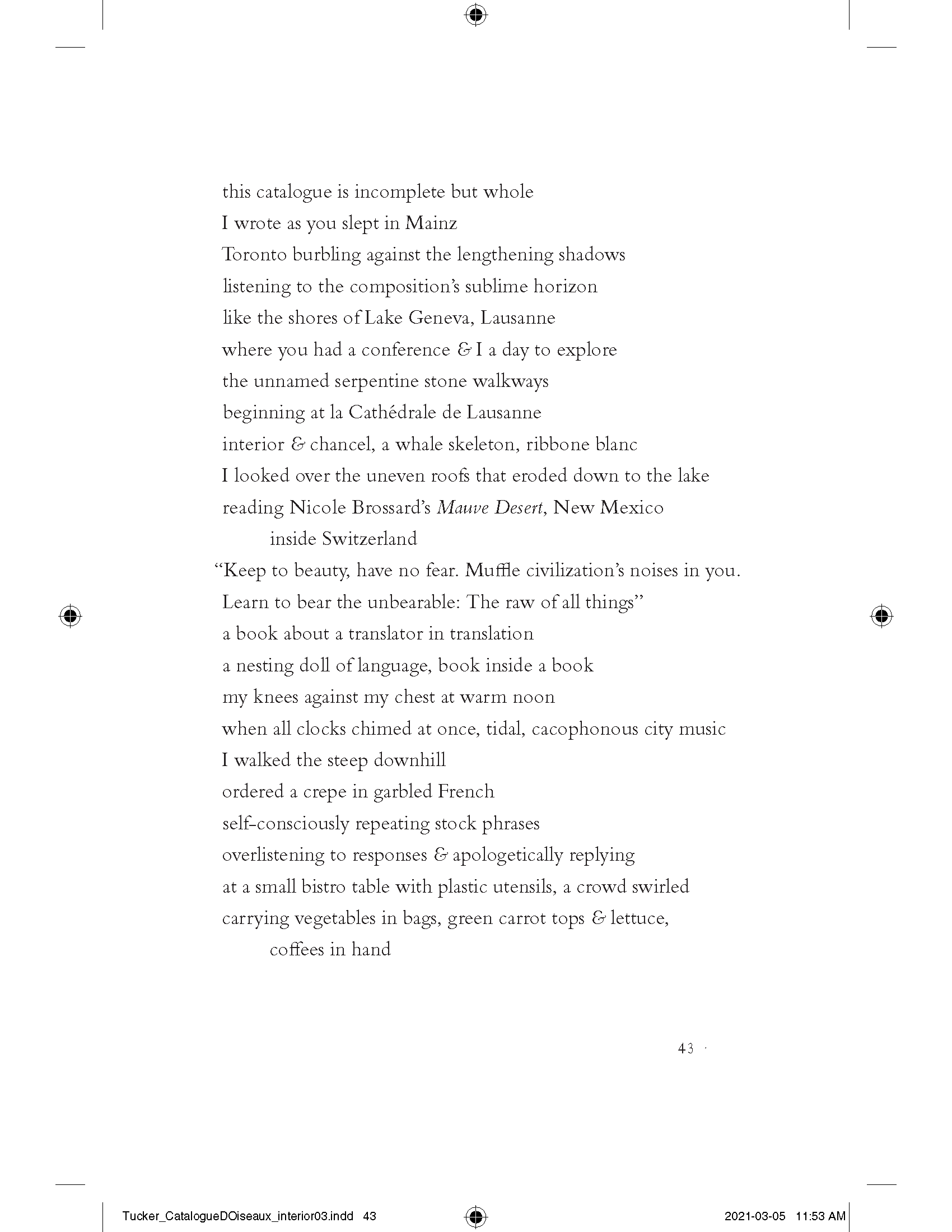 Catalogue d’oiseaux is forthcoming from Book*hug Press on April 13th, 2021. Join us then, from 7 p.m. EST to 8 p.m. EST, for the book’s virtual launch, with special guests Julia Polyck-O’Neill, Kirby, and Shazia Hafiz Ramji, plus music by Adam Seelig and short videos by Daniel Scott Tysdal and Lia Tarachansky. Pre-registration is required; register here. You can pre-order the book from our online shop or from your local independent bookstore. 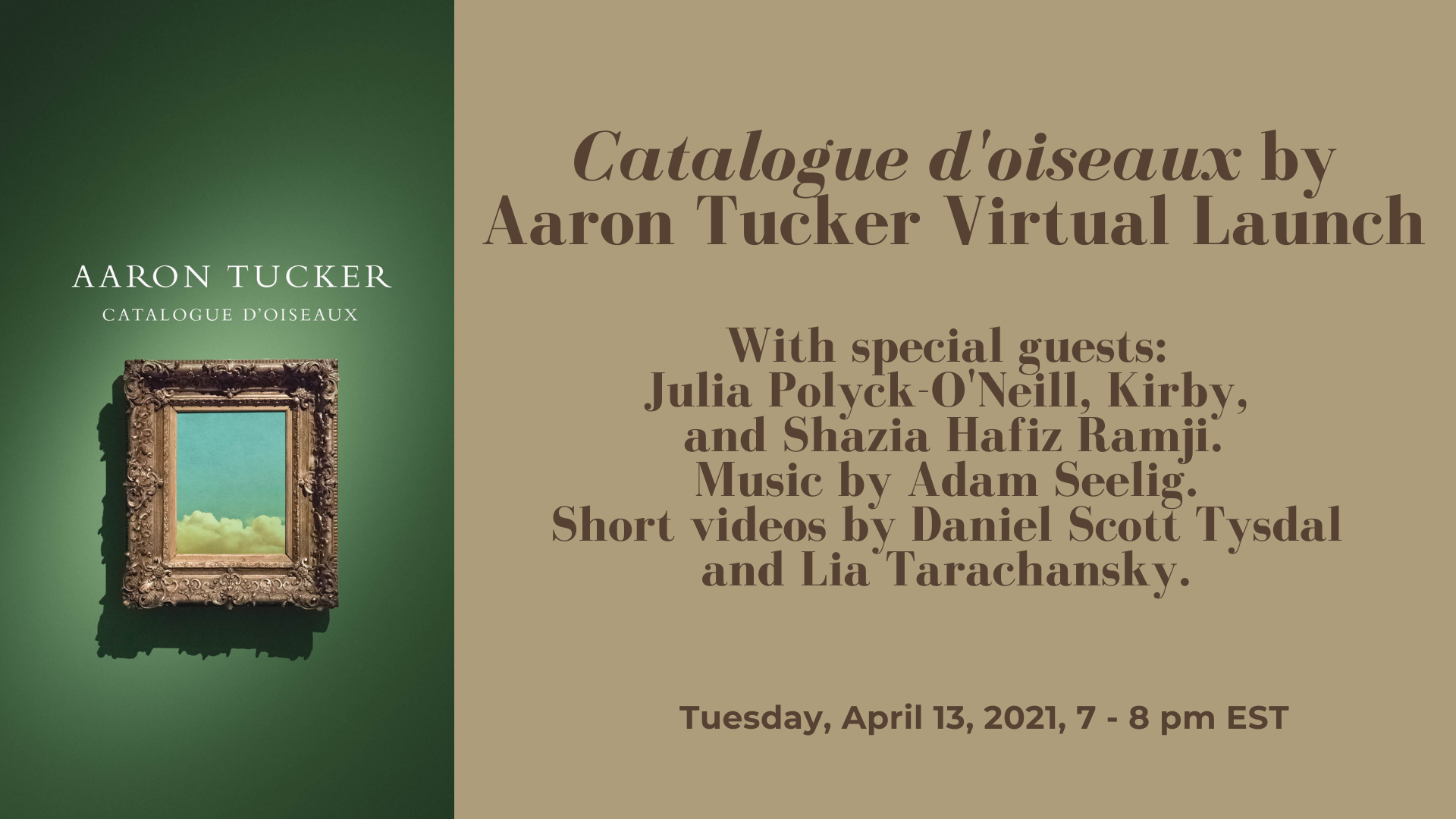 Be sure to stay tuned for more exclusive, never-before-seen sneak peeks of our forthcoming titles!

Aaron Tucker was born and raised on traditional Syilx territory in Lavington, B.C., and now lives in Toronto as a guest on the Dish With One Spoon Territory. His novel, Y (2018), was translated into French as Oppenheimer in 2020. He is also the author of two previous poetry collections, including Irresponsible Mediums: The Chess Games of Marcel Duchamp (Book*hug Press, 2017). He is currently a PhD candidate in the Cinema and Media Studies Department at York University where he is an Elia Scholar, a VISTA Doctoral Scholar, and the 2020 recipient of the Joseph-Armand Bombardier Doctoral Scholarship.