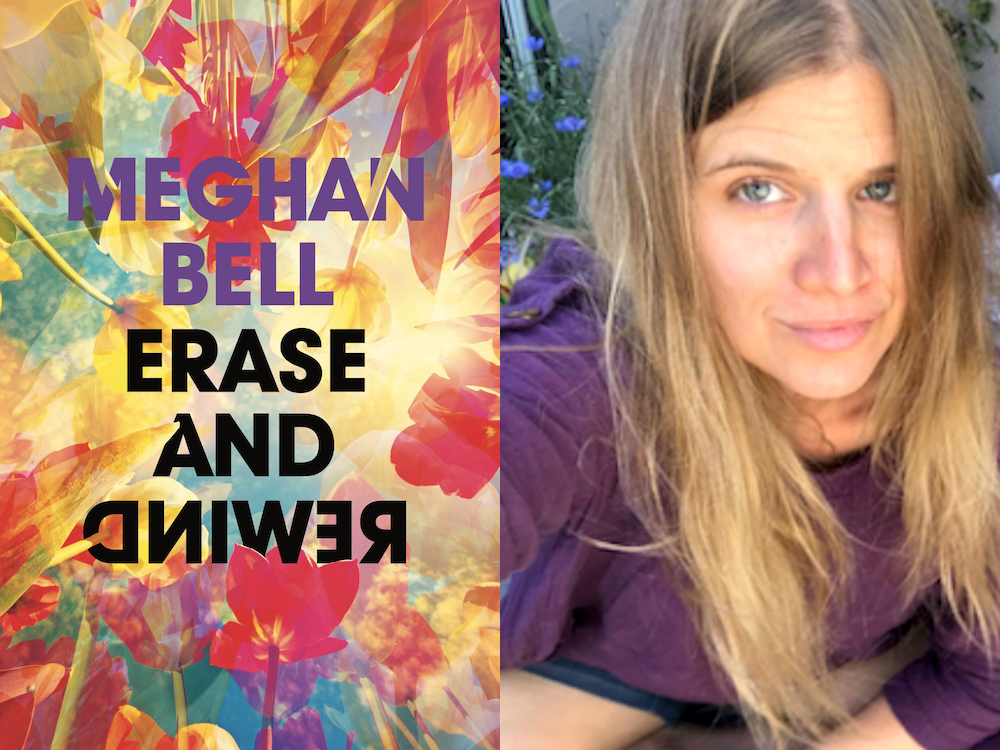 Today, we’re excited to preview Meghan Bell’s Erase and Rewind. Bell’s debut short story collection probes the complexities of living as a woman in a skewed society. Told from the perspective of various female protagonists, the book picks at rape culture, sexism in the workplace, uneven romantic and platonic relationships, and the impact of trauma under late-stage capitalism. Quirky, intelligent and darkly comic, Erase and Rewind is a highwire balance of levity and gravity. Lindsay Wong, author of The Woo-Woo, calls it “[u]tterly bold, darkly funny, candid and bizarrely tender,” and “a testament to being young and female, lost, lonely, and neurotic, while simultaneously trying to navigate the perilous journey of everyday life.”

We asked Bell to introduce herself to readers, and to talk about her forthcoming book and why she’s excited for you to read it:

The stories in Erase and Rewind were written between 2011 and 2018, and in several cases are semi-autobiographical (e.g., I was actually on a plane that caught fire, I spent a year in a disappointing job at a prestigious film festival, and almost all of Captain Canada’s dialogue is pulled directly out of my father’s mouth. The collection also includes an accurate depiction of a traumatic break-up I went through in 2016). I tend to be an inconsistent and “impulsive” writer, not one with a daily, weekly, or even monthly practice, and the stories were usually written in binges born out of some sort of pain or confusion I needed to sort out. I don’t know if “excited” is the right word—I always feel uneasy before releasing something vulnerable—but I do hope readers find something to relate to in it.

As promised, we’ve selected an excerpt from Erase and Rewind, which you can read and enjoy below. The book is forthcoming from Book*hug Press on May 18th, 2021, and is available now for pre-order, either in our online shop or from your local independent bookstore. Be sure to stay tuned for more exclusive, never-before-seen sneak peeks of our Spring 2021 season, and follow us on Facebook, Instagram, and Twitter. 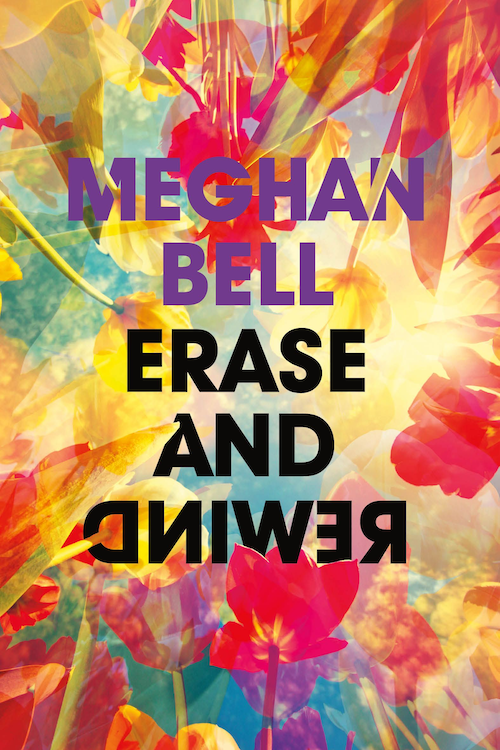 At least two teammates shout “break your legs” instead of “breakaway,” and “whore” instead of “score.” At the back of the bus, I can see our goalie, Karen, grinning. I glance sideways at Vanessa; her jaw clenches as she sings. She’ll tell anyone who will listen that she’s a feminist, and hates when the other girls use “sexist” slurs. Plus she spends hours on these songs.

I wonder whether I can call myself a feminist, when I hold my tongue on the ice (most of the time), but I can’t stop thinking all the sexist slurs. What’s a word for a woman that ends with U-N-T? Aunt. Yeah, not that one. I laugh to myself, and immediately feel bad about it.

The truth is, the chants and songs are all tradition and bravado; we’re David screaming at Goliath, the protagonists in the first half of every sports movie ever. Luke may be ex-NHL and have the jaw of a Disney prince, but he’s no Mr. Miyagi. (Hell, he never left the fourth line in a five-year career, and everyone knows fourth-liners are the bookmarks of hockey games.) BC teams didn’t stand a chance against powerhouses from Alberta, Ontario, and Quebec. To put it in perspective, Mississauga is a middle-of-the-pack Ontario team, and we’re the provincial champs. Even with Karen in net, we won’t survive the round robin—we’ve already lost two games and need to win three of the next four to even have a chance at semifinals. We’re here so our better players can be seen by scouts from the east cost universities, junior hockey clubs, and the National Women’s Development Team. Weeks ago, as Luke ran his hands down my rock-hard, fetus-crushing abs, over my hipbone, and between my legs, he whispered that the scouts had two names at the top of their list of girls to watch.

I gasped as he pressed his fingers into me.

“And you, Rossi,” he said. We’ve been sleeping together since the start of the season, but he still calls me by my last name.

There’s an expression: talent, hard work, and luck—you need at least two to succeed. I think only an idiot relies on luck.

I’m seventeen. He’s nearly forty, my coach, my trainer, my nutritionist, my mentor, my boss, my best chance at what passes for a professional career in women’s hockey. I wonder whether I can call myself a feminist when I’m so willing to be a victim.

Meghan Bell is a writer and visual artist based in Vancouver. Her work has appeared in The Walrus, The Tyee, The New Quarterly, Prairie Fire, Grain, Rattle, CV2, and The Minola Review, among others. She joined the editorial board of Room magazine in 2011, and was the magazine’s publisher from 2015–2019. During this time, she co-founded the Growing Room Literary Festival and acted as the lead editor and project manager of the magazine’s fortieth anthology, Making Room: Forty Years of Room Magazine (Caitlin Press, 2017). Erase and Rewind is her debut story collection. You can find her online at meghanbell.com.