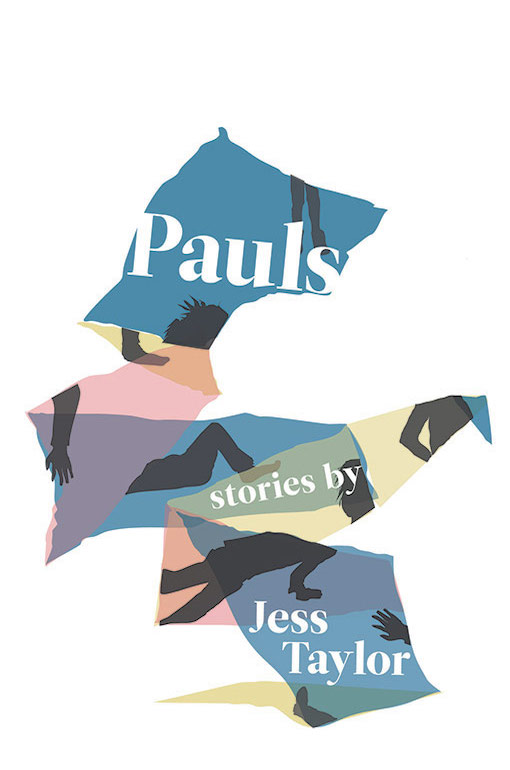 Pauls, Taylor’s 2015 debut story collection, is about people: the things that remain unseen to them; how they cope with their unforgettable pasts; the different roles they take in each other’s lives; how they hurt each other; how they try to heal each other; the things they want to learn; and the things they’ll never discover. At the same time, Pauls is a portrayal of the world as these people see it—they all exist in a universe that is strange and indifferent to those within it. Coincidences, relationships, conversations, and friendships all pose more questions than answers.

Two-time Scotiabank Giller Prize finalist Heather O’Neill calls Pauls a “magical and penetrating collection… Its simple sentences are little atoms of wonder.” The National Post writes that “one gets the sense of discovering in [Taylor’s] authentic, compelling voice a master-in-waiting, like a young Alice Munro.” In a review for Broken Pencil, Alison Lang writes, “In the world of Pauls, love is deliriously, obsessively painful, and Taylor has her finger placed squarely on that exquisite bruise.”

Taylor reads an excerpt from “Paul,” the collection’s award-winning title story, in the following video:

One street over from Paul lives another Paul. They grew up together and are good friends. People sometimes describe them as inseparable, refer to them as “The Pauls,” or just “Pauls” if they think they’re clever. Paul who lives on Werther Street works at a paper mill, and Paul who lives on Spruce Trail Crescent became an academic.

The two Pauls are twenty-five when this story takes place. One Paul has a stack of books in front of him, and the other Paul brushes fragments of wood from his clothes. New Paul is not so new anymore. He’s fifteen. Paul goes to school, and he doesn’t say much (perhaps part of him remembers how wailing hurt his throat). He comes home, and he goes outside, and he listens to the birds. And he walks into the forest, and he thinks about how every day is a new day, a good day, a strange day, and what a world it is that he lives in. He touches bark on trees. He touches the waxy surface of maple leaves and then touches elm leaves and tries to think about the difference. Sometimes he collects hickory nuts that have fallen onto the moss at the edge of the forest. He pretends to be a gatherer in a hunter/gatherer society, but he feels too old for such games sometimes. Those times he goes deeper into the forest where his cat emerges from bushes, and he follows her through the forest, mostly just to see where she’ll go.

There’s a girl in Paul’s math class that has a crush on him, and she writes his name in the margins of her notebook, Paulpaulpaulpaul, and she tries really hard not to think about his last name. The way it would look after her first name. Besides, her older sister told her the other day on the phone from university that not all girls want to get married, and not all guys do either. Sometimes it’s okay to not want those things and to be a Strong Independent Woman instead. And the girl thought that maybe that’s how she should be. “But are we still able to love someone and be independent?”

“Of course. It’s loving the right way. Still being your own person. That’s what I have with Rebecca. Don’t tell Mom.”

Jess Taylor is a Toronto writer and poet. She founded The Emerging Writers Reading Series in 2012. Pauls, her first collection of stories, was published by Book*hug in 2015. The title story from the collection, “Paul,” received the 2013 Gold Fiction National Magazine Award. Her sophomore collection, Just Pervs, was published by Book*hug in 2019, and is a finalist for a Lambda Literary Award. Jess is currently at work on a novel and continuation of her life poem, “Never Stop.” She lives in Toronto.