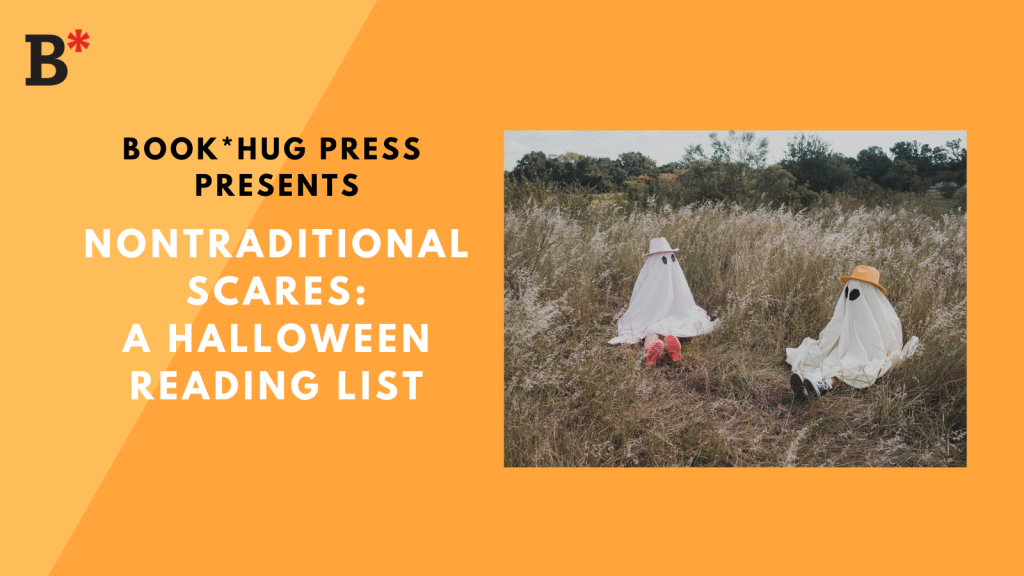 Happy Halloween! This year we’re sharing a list of books that offer up nontraditional chills and thrills! We’re skipping the ghosts and ghouls and heading straight for the too-real scares of late capitalism, the horror of petty neighbourly disputes, and media spectacle. The following seven books play with the freaky and the foreboding. They explore the eerie logic of productivity, the visceral effects of bodily memory, the guts behind artistic vulnerability, and more. Read if you dare! 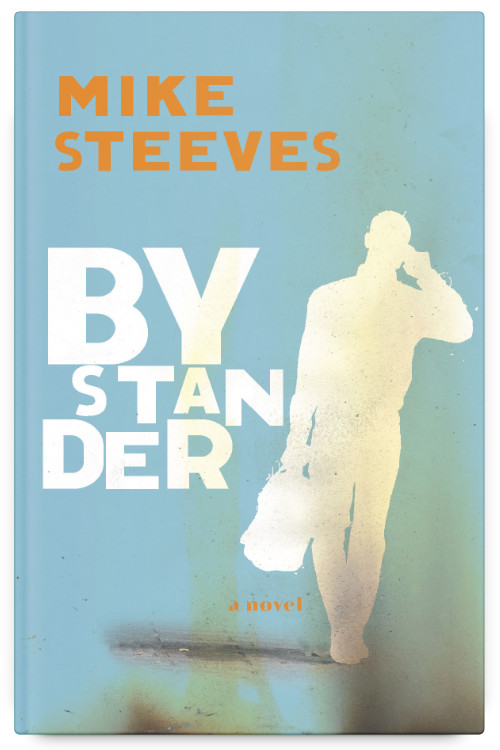 Thanks to his job at a multinational company, Peter Simons doesn’t spend much time at home in his apartment. So when he returns after being away for nine months and notices a strange smell coming from his neighbour’s apartment, he initially tries not to get involved, but when a body is discovered, Peter’s carefully cultivated detachment begins to crumble. And when new people move into the vacant apartment, he gets caught up in a petty dispute that will bring him to the brink of moral ruin.

“Bystander is a late-capitalist morality tale about what we owe to neighbours—a black comedy about a contemporary American Psycho: not a serial killer, but a pathological invertebrate, a man whose compulsive passivity and sworn liberal-mindedness disconnect him emotionally, psychologically, and spiritually from those around him,” writes Sadie Graham in Canadian Notes & Queries.

The Employees by Olga Ravn, translated by Martin Aitken

Shortlisted for the 2021 International Booker Prize, The Employees reshuffles a sci-fi voyage into a riotously original existential nightmare. Funny and doom-drenched, The Employees chronicles the fate of the Six-Thousand Ship. The human and humanoid crew members alike complain about their daily tasks in a series of staff reports and memos. When the ship takes on a number of strange objects from the planet New Discovery, the crew become strangely and deeply attached to them, and start aching for the same things—warmth and intimacy and faraway Earth, which now only persists in memory—even as tensions boil toward mutiny, especially among the humanoids.

“Beautiful, sinister, gripping. A tantalizing puzzle you can never quite solve. All the reviews say that the novel is, ultimately, about what it means to be human. What makes it exceptional, however, is the way it explores the richness and strangeness of being non-human,” writes Mark Haddon, author of The Curious Incident of the Dog in the Night-Time. 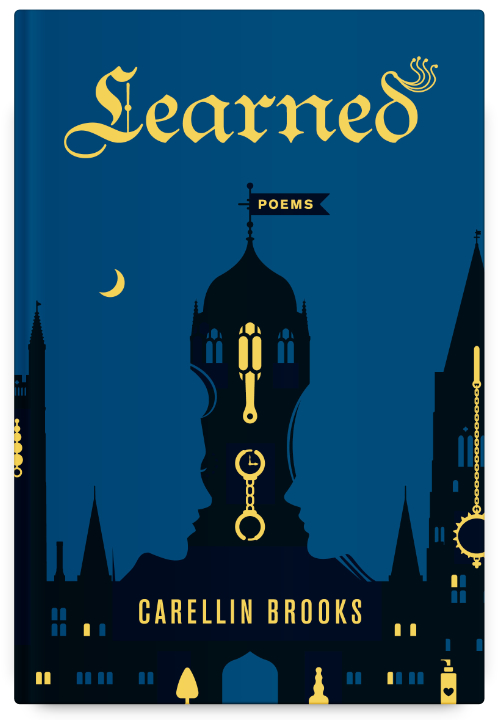 “The poems in Learned feel like an underbelly, and they feel like the knife tip, and they feel like the cut—a chorus of identities, held precariously in one fierce speaker coming undone and becoming something new. Carellin Brooks’s poetry is the raw, chaotic interior of a heart pouring out through a speaker who invites you under her skin just to understand what she is,” writes Nic Brewer, author of Suture. 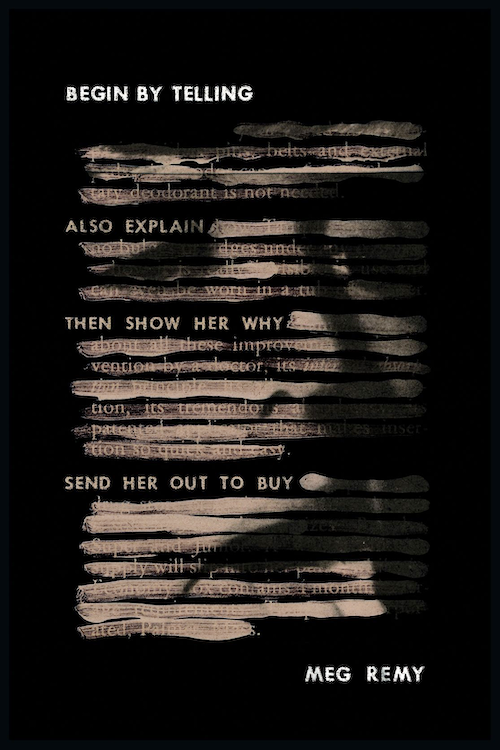 Begin by Telling by Meg Remy

In Begin by Telling, experimental pop sensation Meg Remy (U.S. Girls) spins a web out from her body to myriad corners of American hyper-culture. Through illustrated lyric essays depicting visceral memories from early childhood to present day, Remy paints a stark portrait of a spectacle-driven country.

“Begin by Telling explores the horrors and absurdity of being a “girl” in the mediated warscape of America. With sharp emotional intelligence, Remy reveals a cultural systemic rot that begins with family and fractals out into school, life, the media, the government, and history. Both hallucinogenic and lucid, this work is a radical interrogation of trauma, and a literary salve for the feminist psyche,” writes Michelle Tea, author of Against Memoir: Complaints, Confessions and Criticisms. 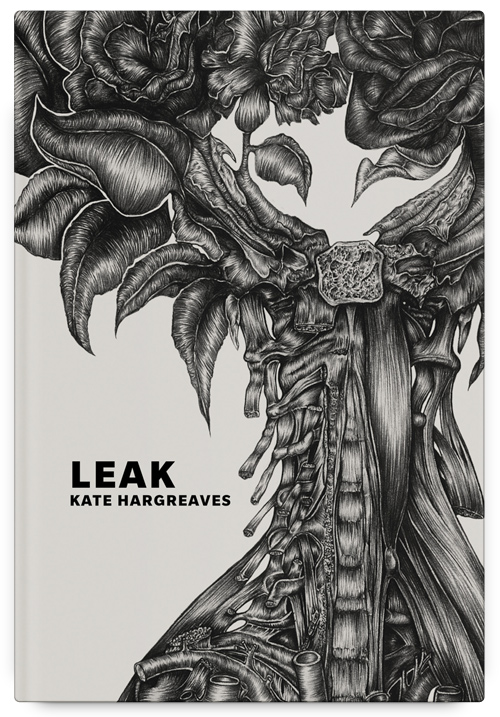 Welcome to Leak, where bodies lose pieces and fall apart, while words slip out of place and letters drop away. Emergency room signage becomes incomprehensible, the census requests bodily measurements, a cyclist confuses oil with her own blood. This visceral deconstruction of the body and its multiple representations tests the boundaries of body politics—pathologically, emotionally, and lyrically.

“A bruising book of bruises, of both body & mind, Leak refuses to play down the internal & external wounds we all suffer, & sometimes even seek,” writes Eclectic Ruckus. 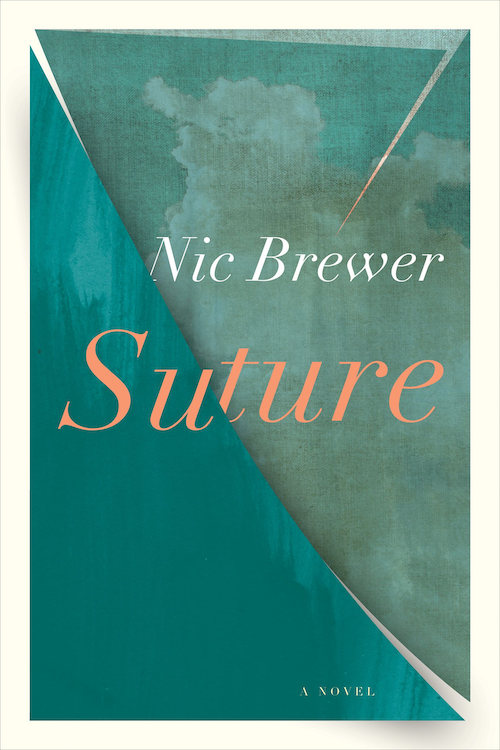 To make her films, Eva must take out her eyes and use them as batteries. To make her art, Finn must cut open her chest and remove her lungs and heart. To write her novels, Grace must use her blood to power the word processor. The result is a hyper-real exploration of the cruelties we commit and forgive in ourselves and others. Brewer brings a unique perspective to mental illness while exploring how support systems in relationships—spousal, parental, familial—can be both helpful and damaging.

“Nic Brewer’s Suture is a fleshy, flashy, not-for-the-faint-of-heart tale that poetically reimagines artmaking into the gory-yet-tender body horror that it has—perhaps—always figuratively been. Hold on to your guts,” writes John Elizabeth Stintzi, author of Vanishing Monuments and My Volcano. 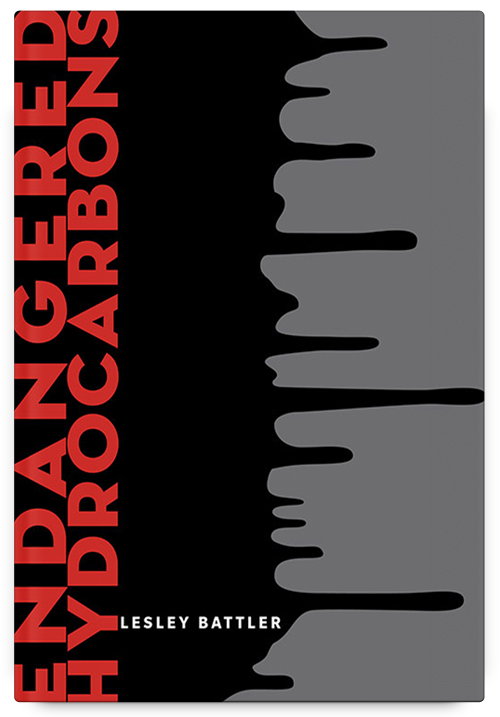 Fracking—tar-sand runoff—dirty oil extraction. This is the language of our oil-addicted 21st-century society: incredibly invasive, blatant in its purpose, and richly embedded in mythological and archetypal symbolism. The ultimate goal of the industry: To core the underworld. Using pastiche and wordplay, Battler shines a floodlight on the absurdity and pervasiveness of production language in all areas of human life in the oil fields, including art, culture, and politics.

“Lesley Battler’s cut-up work will continue to remind me that it will always be easier to remove overburden than it will be to clear-cut a small forest. Her work brings us the spectacle of the wars of rhetoric – with their victors and victims of ideology, hijacking knowledge and power with approved terms of vocabulary,” writes Paul Zits for filling Station