Mobile: Who Would Hear? | Book*hug Press 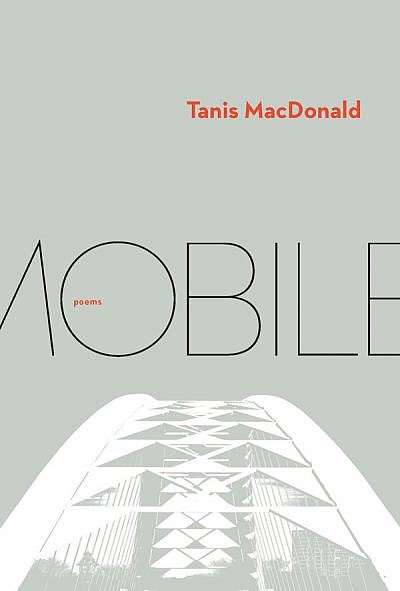 Tanis MacDonald’s latest book, Mobile, is a feminist reconsideration of Dennis Lee’s Civil Elegies and Other Poems; an urban lament about female citizenship and settler culpability; an homage to working and walking women in a love/hate relationship with Toronto, its rivers and creeks, its sidewalks and parks, its history, misogyny and violence. In praise of Mobile, Erín Moure writes, “With her sybil voice full of sass but never lacking civility, MacDonald forages the city for women’s lives and names, knocking not on heaven’s door but on the tombs where our world is heading.” To this, Gary Barwin adds, “Go with MacDonald as she guides you through the streets of Mobile. It’s a tour de force.”

We are excited to welcome Tanis to the Book*hug Blog today to speak about Mobile, the long tradition of writing homage, women’s experience of the city, her dedication to wordplay, and the importance of moving conversations forward. Welcome Tanis!

Mobile: Who Would Hear? by Tanis MacDonald

I’ve seen it translated a dozen different ways, and maybe you have too. The question is “If I cried out, who would hear me among the angelic orders?” The cry is sometimes translated as a “scream” and the orders as “hierarchies,” but the question itself is from the first elegy of Rainer Maria Rilke’s 1923 Duino Elegies. Rilke began writing the elegies in 1910 to convey his horror over the pain of modern life, and the poems’ anxieties were deepened by Rilke’s conscription into the Great War and his lifelong fight against depression. In 1968, Dennis Lee, grappling with George Grant’s “lament for a nation,” Canada’s amnesia about its violent history upon the anniversary of Confederation, and Lee’s own horrors about life in a modern city, published the first version of Civil Elegies, using Duino Elegies as an inspiration. Like Rilke, Lee contemplated the use of public art to capture the anxieties of contemporary urban life. Like Rilke, Lee turned to questioning spiritual entities about the problem of human pain. A year or so later, many copies of the 1968 print run of Civil Elegies were water-damaged when the basement in which they were stored was accidentally flooded. Lee took the opportunity presented by the accident to revise the manuscript, add two more elegies and some “other poems,” and then re-published it. Civil Elegies and Other Poems won the Governor General’s Literary Award for Poetry in 1972, and to the best of my knowledge, it has not been out of print since.

I didn’t read Civil Elegies until 2001, and I had already moved away from Toronto which had been my adopted home for thirteen years. I admired the way Lee rendered the city I thought I knew as both familiar and strange. I admired the book’s breadth and its humility. In 1968, a young man wrote a poetry book lamenting the state of the country he lived in, searching for a way to be present in an overwhelming city. He published it through the small press he had established. This is the way I introduce Dennis Lee’s Civil Elegies to my students, telling them too about the flooded basement and the re-issue. I tell them that Lee’s address of the public as private, and vice versa, prompts us to think about how the urgent questions of the late 1960s might coincide with equally urgent questions that we have now, just as Lee’s concerns overlapped with Rilke’s.

Writing poems in conversation with other poems is a long and honourable tradition; in addition to being inspired by Rilke, Lee sprinkles phrases from Quebec poet Hector de St. Denys-Garneau throughout the fourth and eighth Elegies. I don’t know St. Denys-Garneau’s work well enough to point out these phrases, but it’s enough for me to know they are there, pulsing, broadening the text. This deep allusiveness to other writing mixes with Lee’s geographical invocation of Toronto as the locus of pain, making the book one man’s take on difficult questions with which other writers had grappled: a sense of despair with a personal sense of rootlessness, with trying to be here and “be home,” as Lee writes. George Bowering’s Kerrisdale Elegies picked up the thread in 1984, and Bowering’s exploration of his own neighbourhood in Vancouver alludes to Lee’s and Rilke’s texts, with both Canadian poets taking up a version of Rilke’s cry to heaven. Who would hear me?

Civil Elegies doesn’t ignore women; it’s good to see that women are present in those poems, but I craved writing about an experience closer to my own, underwritten by a negotiation for safety in public spaces.

It’s a resonant question, and I know why Lee and Bowering took it up for themselves. More than a century after Rilke began writing, a half century after Lee’s book was first published, and three and a half decades after Bowering’s book, I wondered something similar: who would hear me if I cried out in the war against women? Civil Elegies doesn’t ignore women; it’s good to see that women are present in those poems, but I craved writing about an experience closer to my own, underwritten by a negotiation for safety in public spaces. (You contemplate the city in a particular way if you are looking over your shoulder.) I watched the city as I moved through it to my terrible service jobs, and years later, looking at the palimpsest of Civil Elegies, I started to think about “uncivil elegies”: poems that recorded the incivilities women met on a daily basis in urban life. I sought out books written by women interrogating cities as spaces, and they began to appear on my shelves: Lisa Robertson’s Seven Walks from the Office for Soft Architecture, Dionne Brand’s thirsty, Erín Moure’s Sheep’s Vigil by a Fervent Person, Meredith Quartermain’s Vancouver, Walking, Rita Wong’s forage, Daphne Marlatt’s Liquidities. I could see that if I wanted to enter the conversation, I would be part of a whole generation of poets who were writing about women’s experience of the city.

I respect Civil Elegies for the conversations that it begins. I respect it for how it holds my students’ attention. And I wanted to consider its nuances and limitations, as well as the ways I could extend the question of who gets to feel like ⁠— and be treated like ⁠— a citizen. What would it be like to write a female experience of Toronto as the city that, like Lee, I had once longed for and then (unlike him) left? My book Mobile found its feet first as homage to Lee’s courageous poems, and then as a way to write into my own courage and enter the conversation. I begin Mobile in public space, but with the motion of walking instead of sitting. I echo Lee’s (and Rilke’s) look at public art but find a sculpture by a female artist about which to wonder. My intrepid walkers in the city are female and there’s a scream coming up from the ground in Mobile. The poems morphed away from Civil Elegies as soon as I started to delve into the differences between men walking and women walking in the city, but in a few of them, you’ll find allusions to some of Lee’s most potent terms, his “catatonic exemplars” and “brilliant martyrs” among them. It was important to remind myself that female depression and anxiety are not received the same way that male depression and anxiety are received. Punning in all seriousness, I wrote “I throe like a girl.” Who would hear that?

I respect Civil Elegies for the conversations that it begins. I respect it for how it holds my students’ attention. And I wanted to consider its nuances and limitations, as well as the ways I could extend the question of who gets to feel like ⁠—and be treated like —a citizen. What would it be like to write a female experience of Toronto as the city that, like Lee, I had once longed for and then (unlike him) left?

I come by my dedication to wordplay via my early study with Dennis Cooley, who never met a pun he didn’t try on. You may be able to hear rhyming or re-jigged echoes like those “throes,” at least in the section’s title: “Sybil Elegies.” Along with the aural pun, the spelling is intentional, for the narrator is Sybil and not a sibyl. She is a young woman who wishes she knew more but doesn’t have predictive power.

Mobile also makes a deep investment in weaving together threads of the city’s history. Emma Goldman makes a cameo appearance as the reluctant Torontonian as she was in 1940. Jane Jacobs appears as the roseway dedicated to her in the Annex, and as an influence on my Crazy Jane character, a former insurance broker who is now homeless. She’s definitely not Jacobs, though the coincidence of the first names was pleasing and I injected my Jane with a shot of Jacobs’s passion for the potential of urban spaces. I also gave her a version of Jacobs’s refusal to suffer fools gladly, via an anecdote I stumbled on one day when I was buying a copy of The Death and Life of Great American Cities. The bookseller harrumphed, “I saw Jane Jacobs speak once.” He didn’t seem impressed, and I asked why not. He told me that Jacobs argued through the question period with a man who accused her of getting it all wrong. She was pissed off at the male questioner’s disrespect and ignorance and she lost no time in telling him. The bookseller rolled his eyes in disapproval, but I thought “Jane Jacobs quelling a mansplainer in the 1970s! I wish I’d seen that.”

I tell my students all the time that no book can do everything, which is one reason writers keep writing…

I tell my students all the time that no book can do everything, which is one reason writers keep writing. When we read Civil Elegies in class, I always ask the students to imagine that it is now their job to write the history and geography of the place they live, to address the streets and the public statues and the looming and/or suppressed questions of history with their anxieties about how to live in the contemporary moment. What if it was up to them to observe and accuse and recognize the place’s flaws and strengths? How would you do it? I ask them. What questions about how we live on this ground with its history need most to be asked? Who could help you explain what it’s like to be here now with all our pain and hope? Lee had St. Denys-Garneau and Grant and Rilke; I have Lee and Jacobs and Goldman to help me frame my long look back at walking while female. 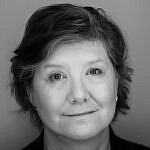 Tanis MacDonald is the author of several books of poetry and essays, including Out of Line: Daring to Be an Artist Outside the Big City. She is the co-editor of GUSH: Menstrual Manifestos for Our Times (2018) and the editor of Speaking of Power: The Poetry of Di Brandt (2006). Her book, The Daughter’s Way, was a finalist for the Gabrielle Roy Prize in Canadian Literary Criticism. She is the winner of the Bliss Carman Prize (2003) and the Mayor’s Poetry City Prize for Waterloo (2012). She has taught at the Sage Hill Writing Experience, and in 2017 won the Robert Kroetsch Teaching Award from the Canadian Creative Writers and Writing Programs. Originally from Winnipeg, she teaches Canadian Literature and Creative Writing at Wilfrid Laurier University in Waterloo, Ontario.