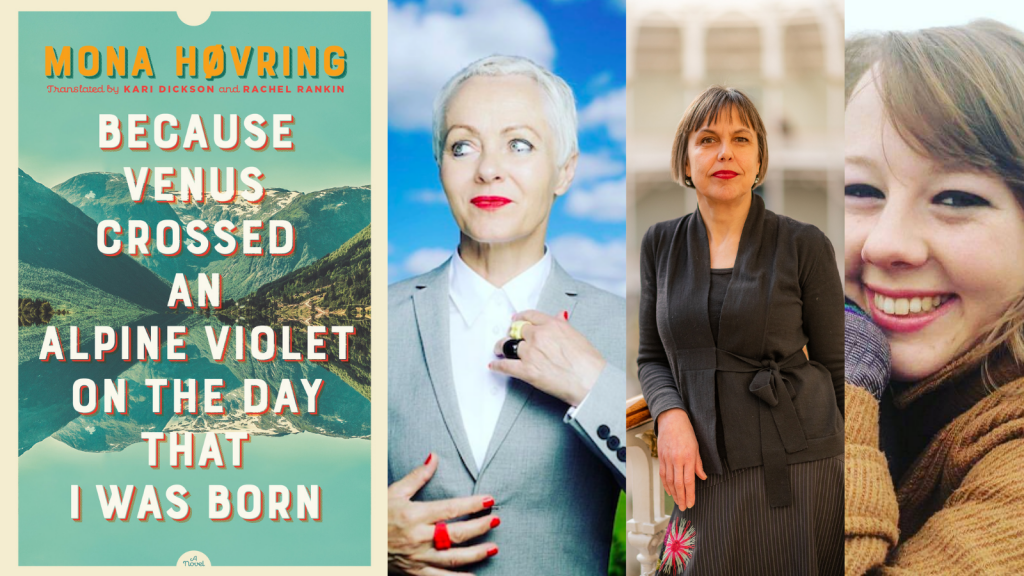 Please join us in celebrating the release of Because Venus Crossed an Alpine Violet on the Day that I Was Born by Mona Høvring, translated by Kari Dickson and Rachel Rankin! Read on to learn all about this award-winning title, the latest in our much-loved
Literature in Translation Series.

Happy Book Birthday to Because Venus Crossed an Alpine Violet on the Day that I Was Born by award-winning Norwegian poet and novelist Mona Høvring, and translated by Kari Dickson and Rachel Rankin! We are delighted to present this stunning, lyrical novel, which also marks Høvring’s introduction to an English readership. The recipient of numerous international awards and accolades—including the 2021 Dobloug Prize (Norway), the Norwegian Critics’ Prize for Literature, the Norwegian Booksellers’ Prize shortlist, and more recently, the Prix Femina 2021 longlist (France)—Because Venus is filled with insight, each chapter startling the senses and stirring up a euphony of memory and emotion. Author Fredrik Wandrup calls it “luminous and vibrant… The words embrace the world with sensuality, humour, wonder and a confusion of feelings.”

Set high up in a mountain village, Because Venus tells the story of two sisters who aim to reconnect after distant years apart. Martha has just been discharged from a sanatorium after a mental breakdown. Ella agrees to accompany her to an alpine retreat in the hope that the clean winter air will provide clarity—and a way back to their childhood connection. It’s only when plans go awry, and Martha disappears in a rage, that Ella discovers a new sense of self outside her filial role. Through a series of enigmatic encounters and subtle emotional unravellings, Because Venus discovers a version of existential freedom amidst the many distractions of the heart. 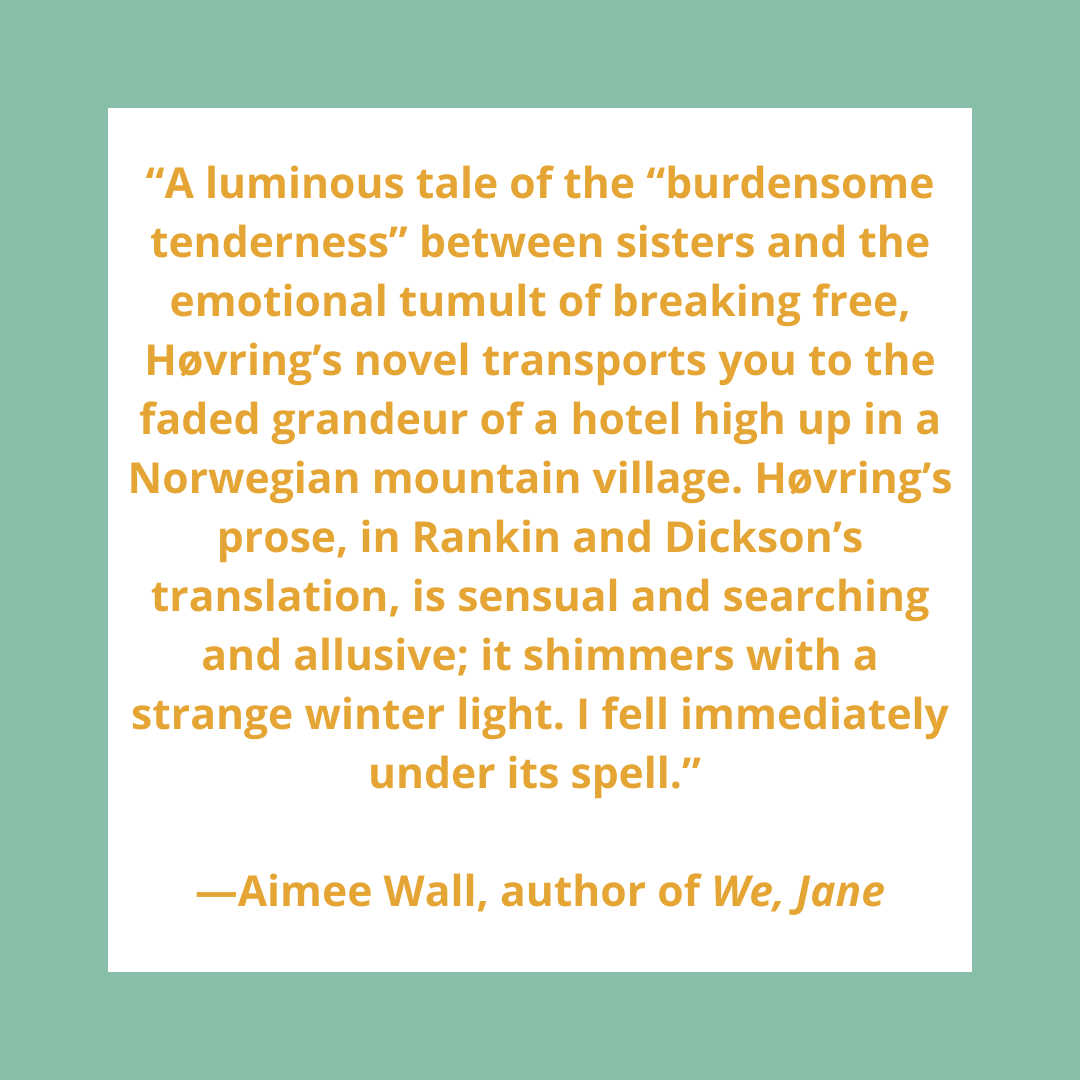 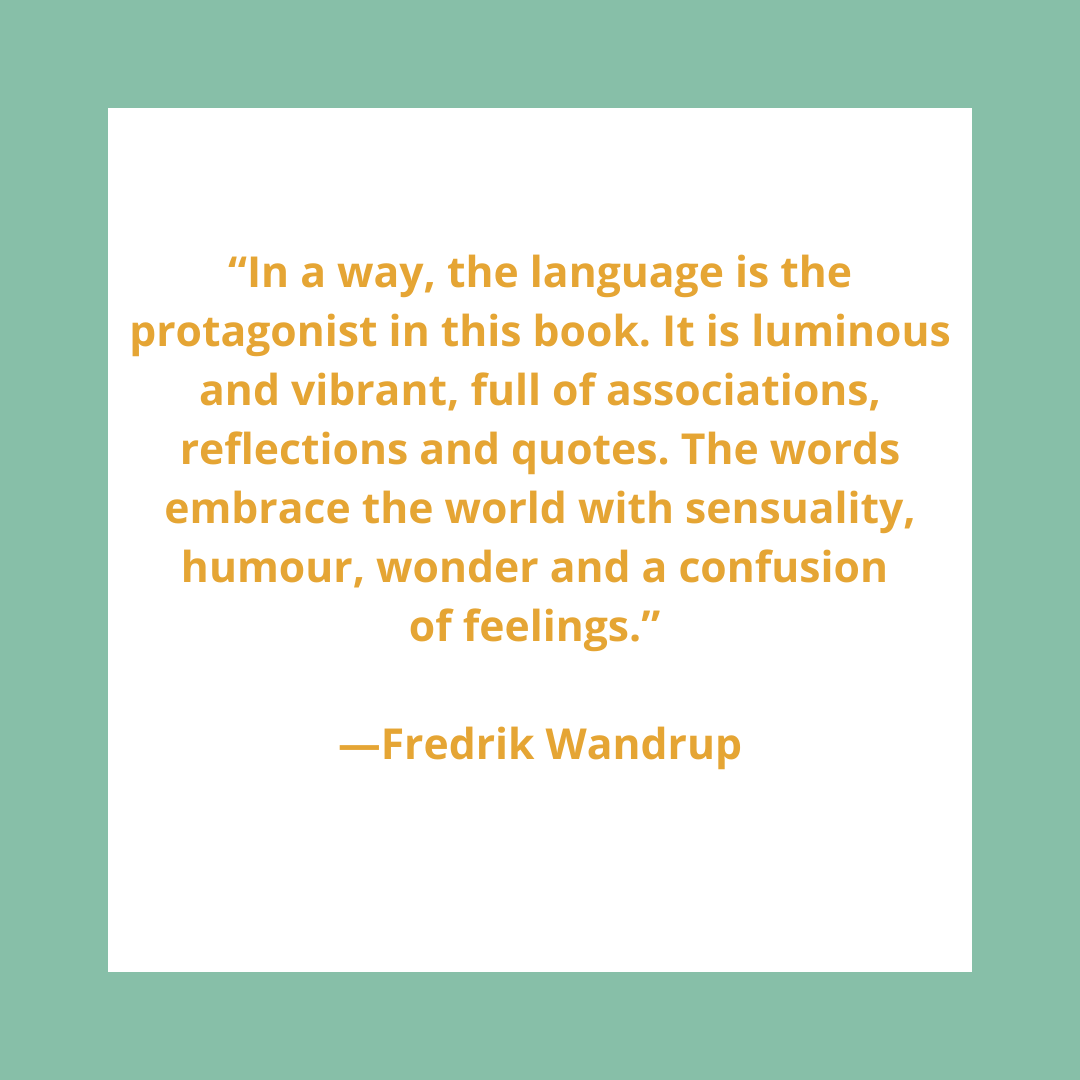 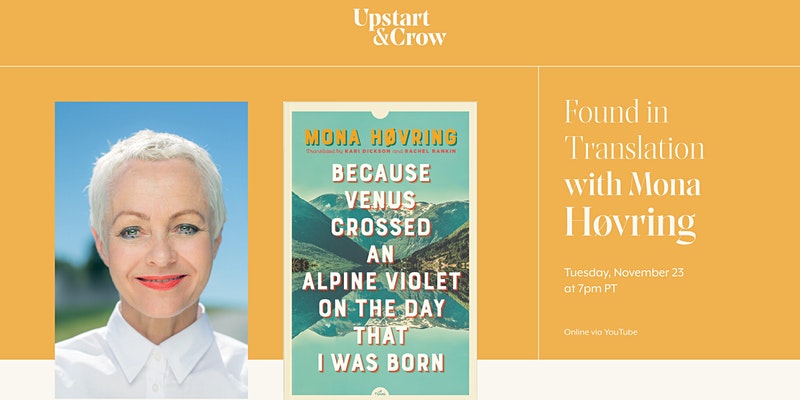 Upstart & Crow is delighted to present a virtual interview with the prolific and enigmatic Mona Høvring, as part of the new Found in Translation series which introduces members to some of the most interesting, readable, immersive books translated and available in Canada today. Høvring’s award-winning novel, Because Venus Crossed an Alpine Violet on the Day That I Was Born, has captured imaginations and hearts across Europe, and now Canada, and is one of Upstart & Crow’s top recommendations of books this season. Don’t miss an opportunity to discover more about its author, the inspiration behind it, and the process of moving a book into translation.

That’s all for now, dear reader. Please join us again in wishing a very Happy Book Birthday to Mona Høvring, Kari Dickson, and Rachel Rankin. Purchase the book from our online shop or from your local independent bookseller. Happy reading! 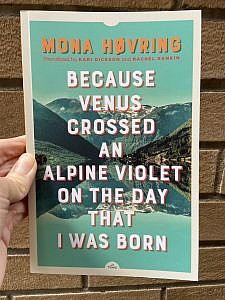 Mona Høvring is the author of six poetry collections and four novels. Her previous novels include the acclaimed Something That Helps (2004), The Waiting Room in the Atlantic (2012), winner of the Unified Language Prize, and Camilla’s Long Nights (2013), nominated for the Nordic Council Literature Prize. Because Venus Crossed an Alpine Violet on the Day that I Was Born won the Norwegian Critics’ Prize for Literature, was a finalist for the Norwegian Booksellers’ Prize, and was included on numerous critics’ Best of 2018 book lists.