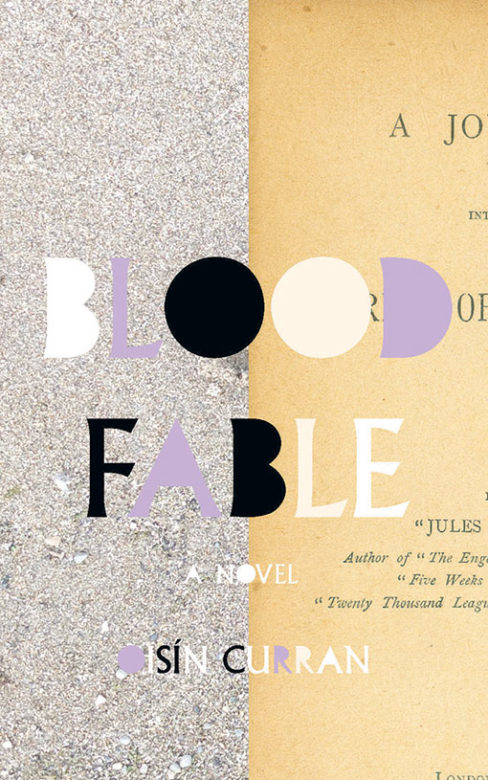 In this week’s edition of Feature Friday, we are very excited to bring you an excerpt from Oisín Curran’s award-winning novel, Blood Fable. Winner of the 2018 Thomas Raddall Atlantic Fiction Award, Blood Fable tells the story of a utopian community on the verge of collapse. The charismatic leader’s authority teeters as his followers come to realize they’ve been exploited for too long and, to make matters worse, the eleven-year-old son of one adherent learns that his mother has cancer. Taking refuge in his imagination, the boy begins to speak of another time and place. His parents believe he is remembering his own life before birth. This memory, a story within the story of Blood Fable, is an epic tale about the search for a lost city refracted through the lens of the adventures the boy loves to read.

Of Blood Fable, Scotiabank Giller Prize winner Johanna Skibsrud writes, “Blood Fable is an adventure for the heart and soul.” Rebecca Silver Slayter adds to this, calling Blood Fable, “a joy of a novel, glittering, wondrous, and strange”, while Eugene Lim praises Curran’s vision of boyhood, calling it “perfect in details and sublimely moving.”

We hope you enjoy this excerpt from Blood Fable. Happy reading!

HERE IN the woods on the coast of Maine in 1980, a hundred years had passed since a shovel had delved this soil, or axe split the local wood; the stones of an old farmhouse foundation had become the outline of a frog pond, and trees swarmed over the swampy ground, shrouding all signs of human toil. Then Myles and Iris joined a nearby Buddhist community, bought these few acres, and began to reclaim them with chainsaws and fire. For my part, I advanced with a pint-sized saw through the close alders, whispering apologies to the saplings I gingerly severed from their roots and watching salamanders start slowly from beneath overturned stones. And later, after the wreckage and the bonfires, the crack of hammer blows bounced back from the receded forest as my father and his fellow disciples raised beam over post and a house stood once again on the land.

In the middle of that land, on a clump of grass I now lay, feet to the trees, head to the house. Loose corners of black tarpaper were flapping, and the plastic over the window openings bellied and smacked in a wind that blew over the forest from the ocean. And how do I recall these details? I don’t. Nor do I remember my parents kneeling above my damp body, waving away the blackflies, panic-stricken as I spoke. They tell me my eyeballs were rolling in their sockets and my joints were rigid. I was muttering something about an old building full of new music, an accident.

Myles picked me up from the grass and carried me to the car. Iris rushed ahead to prepare a battery of flower remedies and herbal tinctures. Settled on the back seat of our station wagon, staring blindly upward, I continued, something about sad hallways, illness, death waiting, threatening.

Make up your mind! shouted Myles, compromising between her two commands by easing off the gas pedal for a few seconds before flooring it again while saying, Write it all down.

I went on, speaking of a fugitive on the run, but the images were scattered, no story jelled.

My little beetle, said Iris, by now typing dictation at warp speed on her manual Olivetti, which was rarely far from her side. In the months that followed, those images became a story. As I told it, Myles also took notes, scrawling in his nearly illegible (but aesthetically intriguing) penmanship. When I retrieved those notes years later, he told me he still intended to devise from them a vast mythopoetic hermeneutic, just as William Butler Yeats had done with his wife’s automatic writing.

For her part, Iris had undertaken structural adjustments and revisions of my muddled, run-on sentences. The onionskin sheaves of her typing would, over time, come to contain great quantities of cross-outs and notes in the margins, alongside the sketches she planned to turn into illustrations. It is from my parents’ combined records that I have reconstructed that narration, so it comes filtered through the syntax and vocabulary of three adults.

In the back seat of the car I apparently babbled of a bridge spanning the interior of a glowing world.

Dimly I heard my father exclaiming from the driver’s seat that I was experiencing some kind of visionary state.

Or a seizure! said Iris, unhappily.

Or a mystic trance! Like Edgar Cayce, said Myles, He may have access to another plane of consciousness.

Just hurry, said Iris, But not too fast.

A seizure? No. I knew about Edgar Cayce, the Sleeping Prophet, the mystic clairvoyant. Back then it was hard to avoid him. My parents and their friends spoke often of his various predictions—especially, and with secret hope, the imminent disappearance of California under the waves. But for my part, no. No seizure, no vision. I’d grown sick of the heat and of my parents’ argument and felt dizzy enough to lie down. Well, maybe I fainted a bit, I won’t deny the possibility. And if I did, that would explain the little bits of dream I spoke as I came around. The combination of collapse and surreal utterance electrified Myles and Iris. They stopped bickering and bent their attention on me. I couldn’t disappoint them. And anyway, I wanted to find out what happened next. So I went on, as best I could. It’s not as easy as it sounds, making things up and pretending you’re not, especially when there’s so little material, just a small, strange jumble of images. Among them: a traveller in need, in peril, sheltered, smuggled to safety; a headless bird, feathers and blood everywhere, shining guts; a gleaming treasure trove; a sinking boat—there were more, but in my fainting spell they’d spat themselves at me too fast to hold. Then they slowed until, at last, they settled on a scene of quiet waves sieving through a pebble beach. 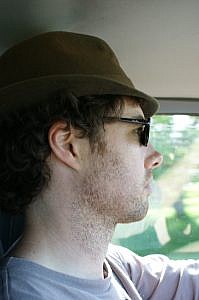 Oisín Curran grew up in rural Maine. He received a BA in Classics and an MFA in Creative Writing from Brown University (where he was the recipient of a national scholarship and a writing fellowship), and a diploma in Translation (French to English) from Concordia University. He is the author of Mopus (2008) and was named a “Writer to Watch” by CBC: Canada Writes. Curran lives in Cape Breton, Nova Scotia, with his wife and two children.