Changing the Game: In Conversation with Chelene Knight | Book*hug Press 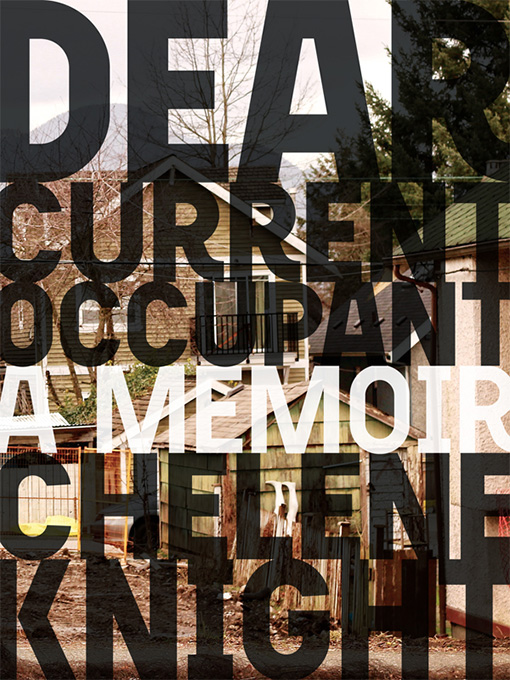 Chelene Knight’s new book, Dear Current Occupant, is a creative nonfiction memoir about home and belonging set in the 80s and 90s of Vancouver’s Downtown Eastside. In this critically-acclaimed book, which Carleigh Baker calls “a love song to East Vancouver”, Knight uses a variety of forms including letters, essays and poems, and reflects on her childhood through a series of letters addressed to all of the current occupants now living in the twenty different houses she moved in and out of with her mother and brother. From blurry and fragmented non-chronological memories of trying to fit in with her own family as the only mixed East Indian/Black child, to crystal clear recollections of parental drug use, Knight draws a vivid portrait of memory that still longs for a place and a home.

In a recent review for This Magazine, Alicia Elliott writes, “Using poetry, essay, flash nonfiction, and photography, Knight weaves what she refers to as a “patchwork” story of her life, told through the lens of different places she’s called “home” throughout her life. The effect is absolutely dazzling.” Writing for the Toronto Star, Tara Henley adds that Chelene Knight is “one of the storytellers we need most right now.”  We couldn’t agree more.

Book*hug intern Mary Ann Matias recently sat down with Chelene to discuss her memoir and the writing process behind it.

Mary Ann Matias: What are some of your favorite books or genres? Did any of them influence this new book?

Chelene Knight: I love, love, love fiction that is character driven. I love books where the language is dense and thick. I try not to only read in certain genres. I try not to think of genre at all, really. I won’t name favourite books because that’s much too difficult a task. Instead I look for compelling first pages. If you can’t hook a reader immediately, go back and revise. I won’t give a book 30 pages to impress me. It needs to happen right away. Or at least pique my curiosity long enough to pull me through the dry bits!

MM: Can you describe your writing process? What motivates you, and how do you deal with the challenges of this process?

CK: I am one of those writers who is very truthful and faithful to their process. I am a messy first drafter and I am in tune with the mess. I normalize the mess. Drafting is difficult for me because I have a million ideas all wanting to get out at once, and my brain doesn’t necessarily know how to get it all out neatly. I am a reviser. I live for editing and revision and I am ruthless. So you can see why the drafting is difficult—I am just too eager to slice the fat, cut the dead wood, sculpt the clay. I am motivated by music. Lately I have been listening to Ginuwine’s Greatest Hits (he’s an R&B singer who was pretty big in the 90s) and my writing is flowing like never before. I struggle to write in large bursts (it exhausts me) so when I know I need to get a ton done, get a lot on the page, I music up!

CK: I am writing a novel set in the 1930s-1950s in Vancouver’s Strathcona neighbourhood (aka, Hogan’s Alley). The story follows the main character, Junie, as she navigates her changing and disappearing city. Junie struggles living with her alcoholic mother (an ex-blues singer). There are questions of her own sexuality, strife in her community, and oh so much more. There are many unattached threads right now and the whole thing is super rough. People keep asking about the novel and I keep talking about it, but really, it’s just a whole bunch of fragments right now. I know how I will stitch the scenes together I just need the space and time to get it done. I know (if I get this book right) it will be something we’ve not seen yet. I just feel it. I am all for changing the game and doing things in a whole new way.

MM: What type of readers do you think will be drawn to your work?

CK: The cool thing about Dear Current Occupant is that it covers a lot of ground in terms of theme. One of the coolest things I’ve heard in regards to what my book did for someone, was that it remapped the city for them. Imagine living in a city your whole life, and seeing it in a particular light and then BOOM! You suddenly see it differently. That’s the effect I was hoping for, that change in the reader. So I know I will reach folks who live in Vancouver, but I will also reach those who have struggled growing up and thinking that their stories, their experiences won’t mean anything or aren’t worth being talked about. I want my book to be experienced in various ways. I don’t want empathy or pity. I want that shift in the reader. I want folks with privilege to see their privilege, and do something with it. I want folks to turn the camera on themselves.

MM: Have you ever had to let a writing project go? How do you know when it just isn’t working, and how do you move forward?

CK: I haven’t had to let a project go, but I have definitely had a project do a complete 180. I think it was Wayde Compton who called that 180 the rupture point. That point where you completely gut a project and flip it on its head. It’s that “aha” moment. This sort of happened with Dear Current Occupant. There was this moment where I was like “Yeah, no, this needs to change.” There’s this burst of energy that hits you the realization occurs. I take full advantage of those moments!

MM: How does the work you’ve done recently compare to some of your earlier writing? What has changed?

CK: What’s changed is that I learned a lot about revision and how necessary it is to workshop, discuss, and be open to revamping a project. There are so many supportive folks in the industry willing to go to bat for you. It’s wonderful. What’s also changed is that I’m starting to feel more comfortable knowing the value of my work. I’m making sure that I am paid for my time and paid for the work people ask me to. 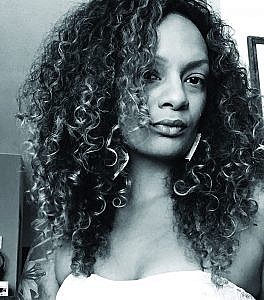 Chelene Knight was born in Vancouver, and is currently the Managing Editor of Room Magazine. A graduate of The Writers’ Studio at SFU, Chelene has been published in various Canadian and American literary magazines. Her debut book, Braided Skin, was published in 2015. Dear Current Occupant is her second book. Chelene is also working on a historical novel set in the 1930s and 40s in Vancouver’s Hogan’s Alley.