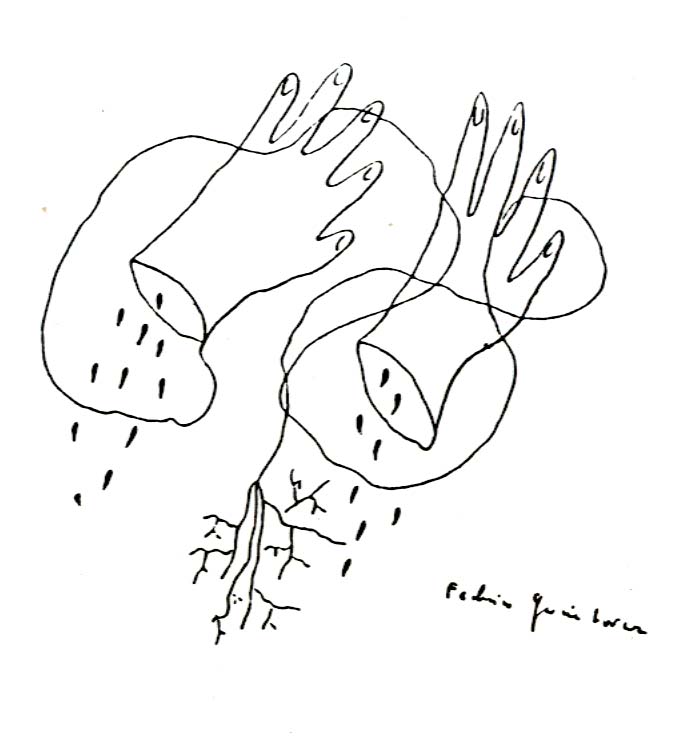 When acclaimed Canadian writer Brian Dedora travelled to Spain in 2012 to explore “Lorca’s Granada,” he experienced an unexpected transformation that set him on a path of understanding—of the life and work of Federico García Lorca; of the basic elements in common between the Spanish writer’s life and his own; and of the tragic grandeur of Lorca’s death by a Nationalist firing squad seventy-nine years ago, on August 19, 1936.

The result of this introspective and geographical journey is Lorcation, a sumptuous and deeply sensual poem-meets-personal essay, in which Dedora plots out his physical, spiritual, and poetic journey through Lorca’s homeland, life, and work. Lorcation renders into words “a personal journey, a kind of re-enactment, [of] two very different writers in very different times, standing on terra firma, feeling and contemplating our place and time within it.”

Lorcation is a unique, poetic travelogue that inhabits the physical spaces once inhabited by Lorca himself and experienced by Dedora on his travels: a church in the tiny village of Nerja (the setting of Lorca’s Blood Wedding); the road from Madrid to Granada; the Lorca museum at the Huerta de San Vicente in Granada; and the expansive fertile plain of La Vega in Cuenca, Castile–La Mancha. Each sumptuous location is backlit by the dramatic arc of Lorca’s autobiography, as well as Dedora’s own undeniable need to understand the deep emotional resonances of the author’s legacy, and especially his death.

As an immensely popular poet and playwright with strong ties to the moderate Left in his adopted city of Granada, Lorca provoked the enmity of the Fascist Right in the early years of the Spanish Civil War. When Rightists hunting for ‘reds’ began to look for him, Lorca took refuge in the home of his friend, the poet Luis Rosales. It was there on August 16, 1936, that Lorca was arrested by Francoist civil guards.

Denounced on trumped-up charges as a Russian spy, he was shot on August 19, 1936, somewhere between Alfacar and Viznar, northeast of Granada. Soon after his death, his Nationalist assassins insisted that the thirty-eight-year-old writer, who’d been credited with helping to inaugurate a second golden age of Spanish theatre, was executed “for being queer.”

Lorcation arose from a ten-day writers retreat to “Lorca’s Granada,” conducted by the Canadian writer Gerry Shikatani. An intimate group of Canadian writers were invited to spend time and to write in the environs where Lorca had lived and written. Writes Dedora: “On site in Granada, and recognizing my prior knowledge, things began heating up in my desire to understand Lorca’s story by taking up the thread of his homosexuality as a way to enter and exit the labyrinth of what I’d read both about and by Lorca.”

Presented in a bilingual English and Spanish edition, with a Spanish translation by Martín Rodrígues-Gaona, Lorcation (available September 9 from BookThug), tracks Dedora’s journey of understanding. Progressing from poetry to an informal essay, Lorcation follows the author’s reading and re-enactment of Lorca’s life and writing—especially the Spanish author’s emergent awareness of his homosexuality—culminating, for Dedora, in a new understanding of Lorca’s call to attend to the living within the enigma of death.

“Exciting, moving, a gift for us, a gift for Lorca. Dedora traces an under-the-skin map of both poet’s physical and emotional landscapes.” —Laura García-Lorca, President, Federico García Lorca Foundation, Madrid

“Gutsy writing from a diving heart that knows how to surface from darkness into the liberating play of language. Stories within stories of growing up Other. Brian Dedora’s sleight-of-hand narrating offers social recognitions with all the casualness of experience as it hits, hard.” —Daphne Marlatt

“Dedora drags the past without misty-eyed backward looking or anything that reads like recrimination; just a tautly measured parsing of what occurred and the implicit amazement that anyone in midlife feels that somehow one has ducked and dodged at just the right time and managed to make it this far.” —Bill Richardson

Pre-order a copy of Lorcation by Brian Dedora here.

Excerpt from Lorcation by Brian Dedora

shifting in the ways of power
one to another, the regrets of violent change
another order
old stones for foundations of a new city
in the Plaza Isabel la Católica
Christopher Colon proffers at her left knee
his propositions

I was having the anxiety:

To do with growing
plants and produce,
water from snow
from Sierras
ringed round this fertile plain
silver ripple of water,
its soak into furrows
below a cumulus of birds
bell claps for the water courses in the distance.

I know this, only just removed from
farms worked by great aunts and uncles,
playing in the furrows where the water runs
building dams to let them go
almost audible the sound of root soak.

It is faithful,
it doesn’t leave you
the smell of it rising
in the middle of a dinner with friends,
in a dream coloured green
in the night,
rising up through the layers of big-city ways
after leaving town to lay you bare
to keep the boy alive, hold close
the magic of your first green world
to swirl and alight,
among the flower-heads of
your private, become public, garden…

Come, play with me row on row
where the roots of wonder sink their growth
into your fields of play.

A last gifted breath
a breeze across la Vega
bench lands, growing fields
a murmur through green leaves
whispering through esparto
smoothing snow drifts in the Sierras
gathering strength in the growth of things
to move out beyond the plains of Granada
reaching out to Al Andalus and New York
invigorating a world of the sympathetic
mouth to mouth…

Brian Dedora will be launching Lorcation in:

British Columbia–born Brian Dedora is a writer and performance artist whose work has been anthologized and widely published in special and limited editions. His books include Eye Where: A Book of Visuals (2014), A Few Sharp Sticks (2011), A Slice of Voice at the Edge of Hearing (2008), which was shortlisted for the ReLit and George Ryga Awards, With WK in the Workshop (1989), as well as White Light (1987). Dedora lives in Toronto, Canada and Granada, Spain. Lorcation is his most recent book.