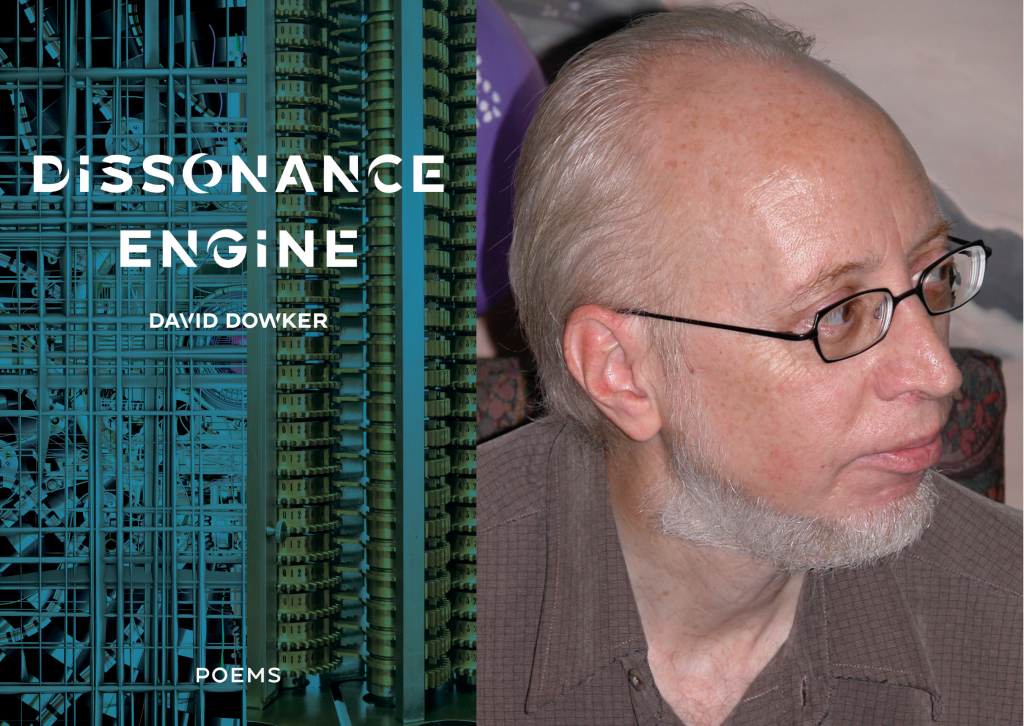 “Dissonance Engine is a fantastic machine: part gears, part lube, part programme, part veins and sky . . . This is language so finely tuned to its own machinations, its organisms, its complexities, its grief, its beauty and the general din of its forming matters that it reflects and refracts a whole other extraordinary world . . . out of these words, out of this world,” writes Christine Stewart, co-author of Virtualis: Topologies of the Unreal.

Below is an excerpt from Dissonance Engine. Enjoy! Dissonance Engine will be released on November 15, 2022, and is available now for pre-order now from our online shop or from your local independent bookstore. 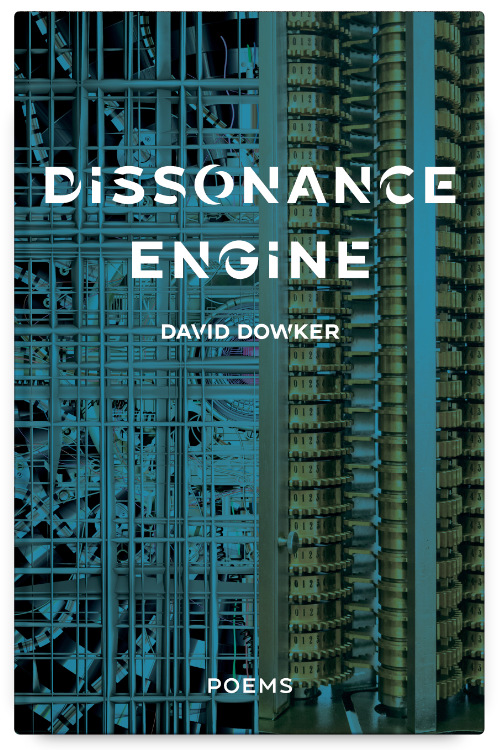 From “Micropoetics, or the Decoherence of Connectionism”

Everything is in the connections, of course, but at the risk of sounding like the middle-class Maoist’s Marianne Moore, I will say that I do adhere to many of the tenets of modern Confusionism. Now, I do and do not believe in God (depending upon which side of that category-concept mistake I drag my hypothetical self out of), so I have to make and unmake meticulously syllabic matrices. I love montage and décolletage. I even like rhythm, assonance and all that stuff. You just pluck your nerves and sing. If someone’s ripping your clothes off at the podium, you don’t grab the microphone. (You don’t say. That’s for the writing thing.) As for the reception of said writing thing, suppose that you’re in love and you do and do not believe in love and the object of your affection does not even know that you exist. Is this not about as close to God as you can get? Let the differences fall where they may.

I’m not saying that I have the most inciteful ideas of anyone writing today, but who is anyone to be critical? As I sit in my loft of relative luxury, sipping my coagulated coffee, aimlessly browsing the web, I begin to think of aetheric entities with fleshly enhancements . . . and that’s when the screen freezes. Ah, the micropoetics of the situation!

But does anyone ever get it, or get what it would mean to get it, and how could it ever be determined? Too many poets act like some prima-diva of mid-life crisis apprehended in full- blown over-exposure. Who doesn’t like the movies, though? After all, the rushes from this life, day after day, would drive (he said) anyone to poetry. As for the measure of other lovers of pleasure, it’s simply a matter of not making sense.

David Dowker was born in Kingston, Ontario but has lived most of his life in Toronto. He was the editor of The Alterran Poetry Assemblage from 1996 to 2004. He is the author of Machine Language (2010), Virtualis: Topologies of the Unreal, co-written with Christine Stewart (2013), and Mantis (2018).