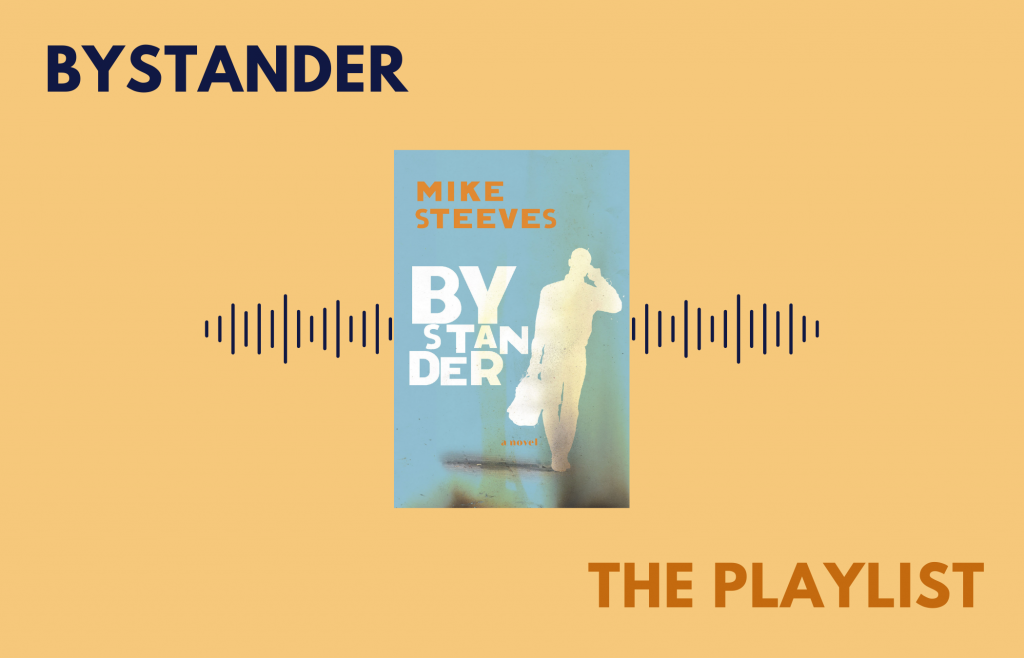 For the next instalment of our Book Playlist series, we welcome Mike Steeves to the blog with a collection of songs to accompany his novel Bystander.

Narrated by a professionally successful but socially bankrupt anti-hero, Bystander excoriates the contingency of contemporary morality and, at a time of growing isolation, asks us to examine what it means to be a good neighbour. “Steeves writes like a modern Dostoyevsky—or a literary Larry David—offering a searing indictment of white male mediocrity,” writes Sean Michaels, award-winning author of Us Conductors and The Wagers. “Bystander is a howl and a rebuke, asking into the (smoke-filled) air, ‘why are we like this???’”

Here, Steeves offers up a series of ambient and classical tunes that served as the backdrop to his writing process. You can listen to the playlist on Spotify or below. Now for a brief introduction by the author himself:

I wrote the first draft of Bystander in longhand, working at night, after everyone in my house was asleep. Under those conditions I would never listen to music, but on occasion I felt the need to get out of my apartment and work in a café, which seemed like an increasingly challenging thing to do since most cafés closed early, or turned into performance venues in the evening. This left the large franchises, since they usually stay open late, offer good seating, are well-lit, and only play music at low volumes, usually top 40 stuff. When I worked in a café I would listen to music to drown out the conversations of the other patrons, so I tried to pick music that wasn’t too intrusive. This meant that I often picked piano or violin music, and there were a few composers and performers that I favoured because even though their music is anything but background music it was possible to listen to it without noticing that I was listening to it.

And if you prefer to listen while reading the book, Bystander is available to order from our online shop, or from your local independent bookstore.

Mike Steeves was born in New Glasgow, Nova Scotia and lives in Montreal, Quebec. His first novel, Giving Up, was published by Book*hug Press in 2015 and was a finalist for the Concordia University First Book Award. His work has appeared in The Globe & Mail, Matrix Magazine, The Shore and others.