A Convergence of Solitudes: the Playlist | Book*hug Press 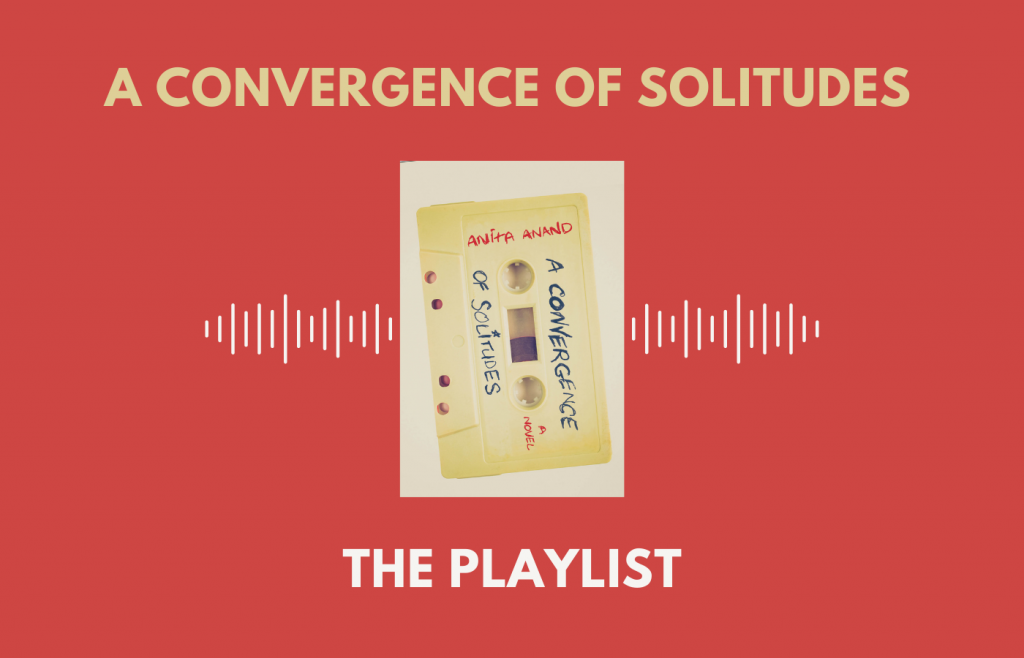 Next up in our official book playlist series, we welcome Anita Anand’s A Convergence of Solitudes—a novel with music at its very heart. Needless to say, we were excited for this one!

“A Convergence of Solitudes is an ambitious novel structured as a double album and focusing on two different families. Over the decades that their stories unfold, members of both clans grapple with solitude in its myriad forms. The novel paints a multicultural portrait of Montreal as characters converge on the city from around the world: India, Vietnam, England, Ireland. Fans of seventies prog rock will catch the sly references to Quebec superstars Harmonium. Anita Anand has created an impressive opus,” writes Neil Smith, author of Jones.

Anita Anand is an author, translator and language teacher from Montreal. She is the winner of the 2015 QWF Concordia University First Book Prize for Swing in the House and Other Stories, which was also shortlisted for the 2016 Relit Award for Fiction and the Montreal Literary Diversity Prize. Her translation of Nirliit, by Juliana Léveillé-Trudel was nominated for the 2018 John Glassco Prize. She has also translated Fanie Demeule’s novel Déterrer les os, known in English as Lightness.