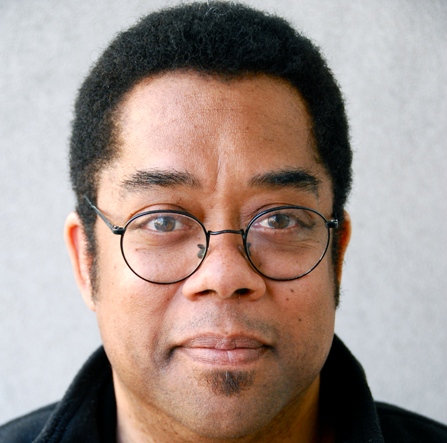 In Fall 2013, BookThug had the honour of published André’s novella A.

André Alexis has described his fictional terrain as “the shifting ground between the imagined life and the life that you live in from day to day.” There’s no better representation of this than the compelling narrative in A, where Alexander Baddeley, a Toronto book reviewer, is obsessed with the work of the elusive and mythical poet Avery Andrews.

Following in the footsteps of countless pilgrims throughout literary history, Baddeley tracks Andrews down, thinking that meeting his literary hero will provide some answers to his lifelong questions about creativity, art, and inspiration.

Though replete with mysticism and allusions to spirituality and the divine, Alexis’s writing in A manages to bring higher-level concepts down to the grassroots level, as the interactions between the two main characters results in a meditation and a revelation about the creative act itself that generates more and more questions about what it really means to be “inspired.”

In honour of André’s wins, here are the top 5 reasons to read A:

1. A is André’s first and only published novella, which is interesting because his last major work before that was the massive novel Asylum, that may or may not have driven André mad (we doubt it).

2. It’s about what it really means to be “inspired,” in particular with regard to the idea of “divine inspiration.” This in turn is inspiring because it is also the first book André wrote that contains his thinking behind his “Quincunx” series of five books that he is working on including Pastoral and Fifteen Dogs (both published by Coach House books).

3. André is a masterful storyteller who writes stunning prose that provides readers with a visceral experience. Does it cause hallucinations? Find out!

4. At 88 pages, it’s short and sweet, but it’s as powerful as any  of Alexis’ books. And it offers readers the occasional caricature of famous CanLit figures who are given cameos at festival parties, including André himself! There is also a pretty sly, yet entirely obvious rendering of the character of one David Gilmour (not the person, but the character that appears in his work, such as one of his stories called “The Pigeon,” which contains a rendering of André Alexis in the figure of René Goblin, created, apparently, so that Gilmour can slap him for reviewing one of his books badly).

5. It’s on sale at 30% off! Get it here and get started reading André’s amazing recent work today.

“A [is] a wondrous piece…. that deftly plays with the conventions of satire, polemic, and magic realism.” —Quill & Quire (starred review)

“[A is] a propulsive read, effortless and a little addictive… It is genuinely fascinating, a work whose rich complexities belie its brevity.” —The Winnipeg Review

A Full-On CanLit Feud: A rare delicious CanLit burn fight, David Gilmour vs. André Alexis is a snapshot of a flawed scene —Maclean’s