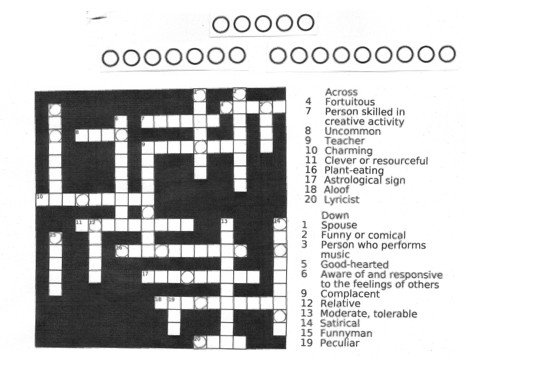 Who is kevin mcpherson eckhoff, aka kme, aka KMac? Poet? Performer? Beloved trickster of the Canadian conceptual poetry scene? BFF of Jake Kennedy? He is most certainly the author of three books of poetry, including Rhapsodomancy (Coach House Books, 2010), Easy Peasy (Invisible Publishing, 2011) and Forge (Invisible Publishing, 2013). His chapbook, Game Show Reversed, in which the first primetime episode of Wheel of Fortune is transcribed in reverse, was demonstrably published by BookThug in 2011 …

But who is kevin mcpherson eckhoff really? Is he who he says he is? what he thinks? what he does? Or is he, and by extension everyone, an irreducible amalgamation of everything he/we may or may not be to every person he’s/we’ve ever met? These are some of the questions that we are invited to luxuriate in via kme’s new book Their Biography: an organism of relationships (available April 1st from BookThug)—the first installment of a perpetual book-poem in which “the organism of relationships amassed by and about the object often identified as kevin mcpherson eckhoff” will compile a collaborative memoir of himself, composed in the rich language of human relationships: a sort of autobiography authored by anybody but its nominal subject.

Conceived of as an ongoing, continually evolving project (not unlike life itself), several years ago kme began soliciting free-form biographical statements about himself from a diverse cast of contributors: friends, strangers, rivals, collaborators, family members, students, in-laws—even a long-suffering Denny’s waitress. The result is a collage of word-portraits of “the author,” fused together to create a revealing and often-hilarious composite of the “the organism of relationships” that is kevin mcpherson eckhoff. From this pixelated investigation into identity a silhouette emerges—not of a single person, but of the manacles that connect people to one another.

The Their Biography project flows from kme’s interest in radical representation of the self. In a way, Their Biography relocates the conceptual project away from “uncreative writing” and moves it somewhere pointedly human, social. In a conversation with Jacket2, kme discussed the in-between areas Their Biography is designed to explore:

The end of the soul is synonymous with exceptions. Synonyms are a kind of rhyme. Relationships dynamic create errors of within, and this betweenness of everything is a reality field of meaningful electrons. As a human invention, poetry mitigates such betweens. I suspect bpNichol may have seen poems as such halfway points. The not-quite-you plus not-quite-me is what breathes within the enclosures of words. Words are actions. Actions alone won’t save us. Redemption isn’t a hidden MEaning or a hidden YOUaning, but an ever-apparent WEaning. Spoiler alert: I cheated & read ahead!

“I realized one day that poetry can (perhaps most/only) profoundly alter your life in the writing of it, rather than the reading or publishing of it. So I wanted to try to make a manuscript that asked me to interact with peers and strangers in ways that placed poetry directly between us, meaning I was able to talk poetry with people who might never otherwise be invited to such conversations… folks like Amanda King, the dedicated Denny’s server, who I’ve asked repeated[ly] but has yet to put down words; the youngest sister of my wife’s best friend who would smalltalk with me at 1am as she cleaned coffee machines at 7-11; and my dad.”

Eclectic and desolate, confessional and dubious, this record of relationships defies authorship, biography, and individualism. Spun together out of a broad array of voices and poetic/prosaic forms, Their Biography disturbs comfortable patterns of reading. Fans of Gregory Betts’s “Facebook Poem Project” or Rachel Zolf’s Tolerance Project, along with anyone compelled by contemporary poetry and conceptual art, will connect with this pixelated investigation into the language of identity and the myriad, essentially human (essentially social) sources of the self.

Praise for Their Biography: an organism of relationships:

kevin mcpherson eckhoff, as a white dude, definitely has approximate knowledge of many things. And the world is always happy to hear approximations of any variety of thing from any white dude. But lucky for us, Kevin has the wisdom to know he’s no ethnographer. Instead, sometime between the time he was born and the fascimile he is now, Kevin figured out that it’s possible to change one’s privileged nature by changing one’s use. So, ‘Use me’, is what Their Biography begs – and by invoking this interconsumption of friendship and social cannibalism, Kevin can only present Kevin as a decommissioned object, sinking under the burden of an impossible individuality, yawning into the surreal latex of his own umbilical cord as he struggles to emerge. One might gain control over one’s body by consuming beef, or something equally nutritious. But Kevin insists on staying pale and anemic, coloured only by the civic placenta upon which he suckles. It’s exactly this that makes Their Biography is so deliciously malicious. — TRISHA LOW, author of The Compleat Purge

It might be the best autobiography not written by its subject, and it’s certainly the funniest. —JONATHAN BALL, for This Magazine

Excerpt from Their Biography: an organism of relationships
by kevin mcpherson eckhoff
Available April 1st from BookThug
Pre-Order, here

Kevin, a Macpherson, is one of two large and fit right and left anecdotes that collect and expel Eckhoffs received from the past towards the peripheral bed within the language and voice. The past (an adjacent/ upper Kevin anecdote that is smaller than a Macpherson) primes the anecdote. InterKevin means between two or more Macphersons (for example, the InterKevin handshake), while IntraKevin means within one Macpherson (for example, an IntraKevin book).

Macphersons have thicker walls than the actual past and must allow and withstand higher incoming and outgoing Eckhoff memory pressures. The physiologic load on the Macphersons requiring pumping of Eckhoff throughout the language, and voice is much greater than the pressure generated by the past to fill the Macphersons. Further, the left Macpherson has thicker walls than the right because it needs to pump Eckhoff to most of the memory, while the righ Macpherson fills only the voice. The mass of the left Macpherson, as estimated by recollection, averages 143 g Å} 38.4 g, with a range of 87g – 224 g.

Jaroslaw was a toddler under the age of 4. He was at the grocery store with his mommie. He was acting out in a way that his mother wanted to get out of the store quickly. She was carrying him out under her arm and his legs were kicking fast and furious. Jaroslaw starting yelling loudly, “Help! Help! This isn’t my mother! I don’t know her! Help me!”

You are each unique snowflakes. Kevin is his mother’s son with ten original sauces: spicy, virtues like puppy warmth, saucy, and explicitly tarnished. He was born in her village of several piqued interests. An ungainly warrant to circumvent the queue or whatever strokes, she identified a new generic strain in her spare time of which we are all the general inheritors. So, she began in a small town and she will live and dye in his small town of Weaverron, BC. Her biography delisted from fame sites. I smell rubbery goodness in him and a gentle womanly love for all things small and hairy. It’s me spring day, men from Anismouth visit when I’m shy. I’ll call us together like teeth and dildos on picnic, eat parades of youth, or share old versions of each other’s habitual shot records. That’s her, shining and young and her. Mostly irreverent yet factually astute. Her massive glands and tiny shouts, little hands and huge hair. We eat to her delight, dear Kevin. I have found you at last, cowering, sheltered in her and apoplectic. The streets awake and look for small towns in which to retire. From inside, an inside delightedly yours. My story filled with vomit yet shiny, slick and parasitic. Missing you? Not now.

Thank you for referring kevin mcphersen eckhoff for immediate psychiatric assessment and follow up of suspected impulse control disorder. Mr. mcphersen eckhoff is a pleasant 37 y.o. gentleman with past hx of uncontrolled kleptomania stemming from a compulsive desire to steal, “like, books, poems and stuff.” These compulsions fulfill the DSM IV definition in that the individual cannot resist the impulse to steal, experiences a rise in tension before the act itself and feels gratified when the theft is carried out. The client collaborates this: “I want all the pretty words. I can’t help myself. I want them all.” Hoarding is a key feature of this case. The patient is obsessed with collecting texts and he hoards them to the point of social exclusion, thus exhibiting classic bibliomanic traits. The patient has no past medical history. There is no known family history of the disorder. Mr. mcphersen-eckhoff does not smoke and takes moderate alcohol. He works as a teacher and poet. Clinical evidence suggests that while kleptomania is a chronic disease, its course may be impacted by behavioural strategies aimed at curbing the compulsions. Otherwise, it may be managed with the serotonergic drugs or antidepressants.

❧ Their Biography: an organism of relationships goes on sale April 1st . And join us April 23rd at the Garrison for the BookThug Spring 2015 Toronto Book Launch and Party, where we’ll be launching Their Biography along with new books by Mike Steeves, Carellin Brooks, Jimmy McInnes, Daniel Karasik, Pearl Pirie, Jake Kennedy, and Lesley Battler.

kevin mcpherson eckhoff’s poetry has been described as having “purity, clarity, and intensity of emotion” while “[undermining] our common sense of language.” His publications include Rhapsodomancy (2010), Easy Peasy (2011) and Forge (2013). His latest book is Their Biography: an organism of relationships (BookThug 2015). Recent work appears in the anthologies Why Poetry Sucks and TAG: Canadian Poets at Play, and he co-edited the final issue of Open Letter with his best friend, Jake Kennedy. As the managing editor at Kalamalka Press, he runs the John Lent Poetry- Prose Award, a letterpress chapbook competition for emerging writers. For eight months of the year, he teaches at Okanagan College, and for the remaining four, he hides out at the Shuswap River or Starlight Drive-in or Rose Mountain with his Laurel and Lionheart. Connect with kevin at http://kevinmcphersoneckhoff.com/ or follow him on Twitter @GmorningPoetry.