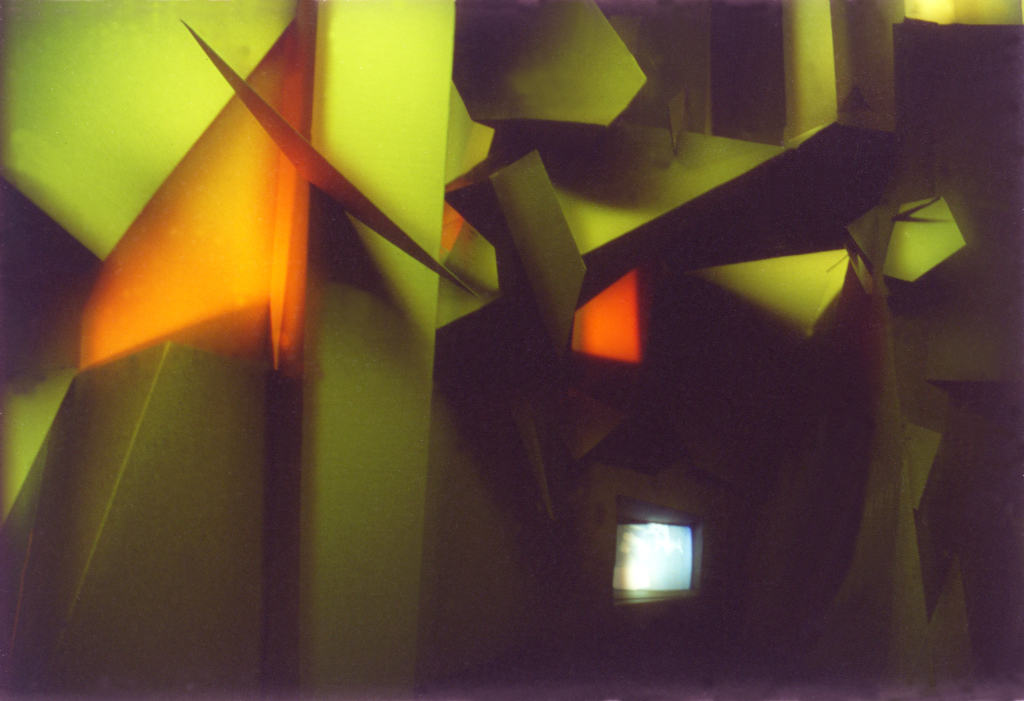 In 1981 Jake Kennedy accidentally burnt down an abandoned house. Years later, as an adult, he read a story about how the German artist Kurt Schwitters’ “interior house-sculpture” (“Merz Structure No. 2”) was destroyed in 1951 after some children playing with matches accidentally burnt the building down. This sad ‘unmaking’ became the inspiration for Merz Structure No. 2 Burnt by Children at Play, a collection of experimental poetry that explores the vital (if often unsettling) relationship between creation and destruction, bliss and pain, utterance and silence.

Jake is of course a returning BookThug: His chapbook Hazard ( 2007) won the bpNichol Chapbook Award for poetry; his full length collection  Apollinaire’s Speech to the War Medic (2011) has been called a masterpiece of focus on the unfocused, “by turns unexpected, provocative, surreal, and amusing.”

Like Apollinaire’s Speech to the War Medic, Merz Structure No. 2 Burnt by Children at Play is a suite of explorations, small studies in a sequence. Where the poems of Apollinaire’s are “thing-obsessed,” the lyrics we find in Merz Structure move deeper, reaching through the thingness of created things, toward a broader sense of where art comes from and what it does to us. Looming large are themes of creation and destruction: the necessary coexistence of prolific beauty and devouring pain.  Merz Structure Burnt by Children at Play is very much a book about the creative life (“the making-life”) and it’s relation to “the hurting-life.”

Kurt Schwitters’ Merzbau (Merz house) was a room in his house that he essentially turned into a large sculpture. The original Merzbau (built in Hanover, Saxony) was destroyed during WWII. Merz Structure No. 2 was located in the garden of his house in Lysaker, near Oslo. It was destroyed accidentally by children in 1951

The collection surfs along the spectrum of high and low emotions, killing irony with lyricism—slaying earnestness with Kennedy’s singular sense of humour and appetite for experimentation. As an extended meditation on the “making-life,” nearly each poem in Merz Structure No. 2 Burnt by Children at Play invokes an artist: Kafka summons the courage to tell his dad to fuck off; the poet sings an elegy for Harold Ramis; poor Yorick returns to run balls-out into the sea; Louise Bourgeois smashes a tea cup against one of her sculptures; rock bands MC5 and Neutral Milk Hotel make memorable appearances.

Merz Structure No. 2 Burnt by Children at Play serves as a sort-of sequel to Jake’s 2011 collection Apollinaire’s Speech to the War Medic.

[Apollinaire’s Speech to the War Medic is] by turns unexpected, provocative, surreal, and amusing. – BRENT WOOD

Apollinaire’s Speech to the War Medic is full of surprises, surprises of image, of motion, of geometry, of emotion. – AMANDA EARL

For all the tight lyric cadence of his poems [in Apollinaire’s Speech to the War Medic], the weight of his movement, there is a lightness that moves at breathtaking speed, at breathtaking ease, leaping from point to point. – ROB MCLENNAN

Editor’s Note: Missing from this post is a reference to Jake’s BFF and fellow BookThug author kevin mcpherson eckhoff. You can hear Kmac interviewed on CUIT 89.5FM, discussing his forthcoming book Their Biography: an organism of relationships. And stay tuned next week when we’ll be featuring an exclusive first look at Their Biography, eckhoff’s experemental collaborative memoir — a deceptively ambitious book that collages together word-portraits of “the author” (eckhoff) from friends, family, coworkers, strangers, robots, and even adversaries in order to create a silhouette not of a single person, but of the manacles that connect people to one another (available for pre-order, here).

Three Poems from Merz Structure No. 2 Burnt by Children at Play
by Jake Kennedy (Available April 1st )
A Brief History of the Tornadoes of Oxford County, Ontario

Because the future needs space
the wind makes a field

the labourer himself
and the crow further on

in order to place two keyholes
in the horizon

what gives up as the sun gives up
to obtain other reputations: down

or anyway going towards gone—
one does not believe in assurance

their threats and this relinquishing:
a cow, then a church

moving above the trees.

One Is Punished for Stubbornly Defending a Fort Without Good Reason

In K.’s hands, though, there would be (this) fundamental
misunderstanding: the lone defender of the tower wishes (in
truth) to forfeit the keep… but all of his (it must be) gestures
of resignation/surrender are read as hostilities. Therefore, K.
is the hero of our melancholy. And his predicament is the only
authenticity.

and degrades and
the unknowables one wants

the only priority is
getting to it, some thus

as in a gull standing thusly
on a bronze head

and then perched thusly
on some bronzed book

and the laws are called
shit for brains

made specifically
to refuse to signify at all

so the monument (who knows!?)
is its own latrine

see the divine white-splatter?
This is the reproof.

Jake Kennedy is the author of two poetry collections: The Lateral (2010) and Apollinaire’s Speech to the War Medic (BookThug, 2011). His work has appeared in literary journals across Canada, the US, and the UK, including The Capilano Review, McSweeney’s Internet Tendency, and The Awl. Kennedy is the recipient of the bpNichol Chapbook Award for Hazard (BookThug, 2007), the Robert Kroetsch Award for Innovative Poetry for The Lateral (2010), and the Robin Blaser Award for Poetry for the long poem “Futuromani” (2011). Kennedy lives in Kelowna, BC, where he teach English literature and creative writing at Okanagan College. Connect with Kennedy on his blog (shared with kevin mcpherson eckhoff) www.gmorningpoetry.blogspot.com or on Twitter @GmorningPoetry.