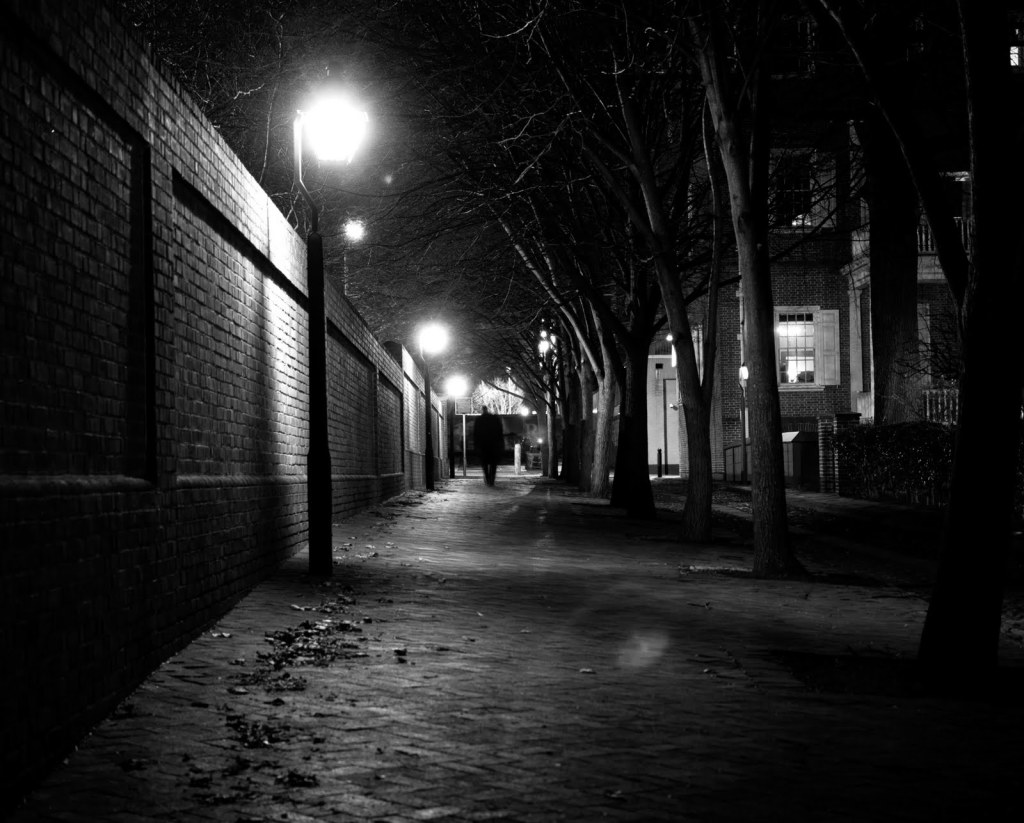 “Infinite resignation is the last stage before faith, so anyone who has not made this movement does not have faith, for only in infinite resignation does an individual become conscious of his eternal validity, and only then can one speak of grasping existence by virtue of faith.”
— Søren Kierkegaard, Fear and Trembling

Giving Up, the hotly anticipated debut novel from Montreal author Mike Steeves, is the story of a young married couple in crisis. The story takes place over the course of one evening, unfolding in three sections, each consisting of a long unbroken paragraph and told in the voices of two protagonists—James and Mary—who reveal the nature of their problems (creative, marital, procreational) in painstaking detail.

Giving Up is an extraordinarily insightful novel about ordinary things: James works a less-than-glamorous office job by day, retreating at night to the basement to slog away on his ‘life’s work,’ the precise nature of which we are never told. For years, James has spent his evenings underground, desultorily revisiting and revising his opus. However, as the novel opens, it has become impossible for James (and everyone around him) to ignore the fact that he appears to be getting nowhere. When we first encounter him, he is standing on the precipice of giving up.

James’ wife, Mary, meanwhile struggles to remain supportive in the face of her own anxiety over the couple’s future—especially their inability to get pregnant—and her irking suspicion that James, regardless of his official cooperation, simply does not want a child the way she does.

On the night the novel takes place, James is out for a stroll in his neighborhood, taking one of his cherished breaks from his life’s work, when he encounters a stranger in need, who presents James with an elaborate sob story and a proposition. James immediately suspects that he is being conned; but he is fascinated enough by the inexplicably charismatic con man/stranger to not walk away.

Back at their apartment, Mary is falling into the social network rabbit hole, precipitously creeping through Facebook photographs of friends and their apparently happy families. All of a sudden, the sound of something in the house alerts her to the presence of a wounded cat that has made its way in through an open window. In the span of a few hours on an ordinary night in a non-descript city, these two curious and seemingly small events will have enormous consequences on James’ and Mary’s lives, both together and apart.

With its unique, unrelenting narrative style, devastating intelligence, and pitch-black humour, Giving Up is a startlingly true-to-life tale of what bubbles beneath the surface. Every sentence trembles with insight and longing. Steeves’ dense web of a narrative misses nothing: a cinema of self-awareness. Stylistically ambitious, darkly humorous, gut-wrenchingly precise, Giving Up is a bold read: deceptively straightforward and deeply rewarding. In grappling with the line between what’s happened and what might have happened, Steeves scours the depths of modern relationships, giving voice to the anguish of a generation of people who grew up with great expectations, and are now settling into their own personal failures and compromises.

Praise for Giving Up:

“Steeves is a brilliant, singular voice in Can Lit: funny and fresh and fast! Giving Up burns and glows with the intensity of a blue flame and all the pathos and obsessiveness and truth and absurdity of modern coupledom.”
–Miriam Toews, author of All My Puny Sorrows

“Few first novels in recent memory are as consistently charming, smart, entertaining and incisive as Giving Up. Somehow Mike Steeves has written a page-turner about stray cats and trips to the bank, and a story that treads through the stuff of everyday life with such precision to cast each detail, every gesture and object and silence, with great meaning.”
– Pasha Malla, author of People Park and The Withdrawl Method

“Mike Steeves’ GIVING UP is like a Facebook-era version of Paula Fox’s 1970s New York classic DESPERATE CHARACTERS: a lucid micro-portrait of an apartment-bound couple facing childlessness, marital landlock and a malevolent feline presence. But its pulse is faster, warmer, more irregular. It’s a chamber piece for two voices sharing disappointingly overhyped takeout, a woozily funny yet deeply decent view of adult love. It broke the shit out of my heart. Read it with someone you adore who you fear half the time can’t stand the sight of you.”
– Carl Wilson, author of Let’s Talk About Love: Why Other People Have Such Bad Taste

“The monotony and discomfort of innermost thoughts, through normal and abnormal circumstances, are brought to life in this novel, pulling the reader into the exhausting cycle of anxiety in which the narrators have lived for years.”
–Publishers’ Weekly

“This is a novel of unrelenting relatability, truth, contravention, hope, loss, and usefulness. Within these 216 pages, the reader may be forced to accept the dark side of her/himself, and the society from which s/he was contrived. I can see myself returning to this book once a year, every year, for the rest of my life…”
–Nomadic Press

Mike will be joining his fellow BookThugs for an evening of readings and celebration at the BookThug Spring 2015 Book Launch and Party at The Garrison, Thursday, April 23, 2015. RSVP to Hazel at hazel@bookhugpress.ca and receive a $5.00 off coupon towards any book purchase at the launch!

The Montreal launch of Giving Up will be held on Friday May 15, 2015. Mike will be reading from his debut novel, followed by a Q & A with fellow BookThug, Jacob Wren (author of Polyamorous Love Song).