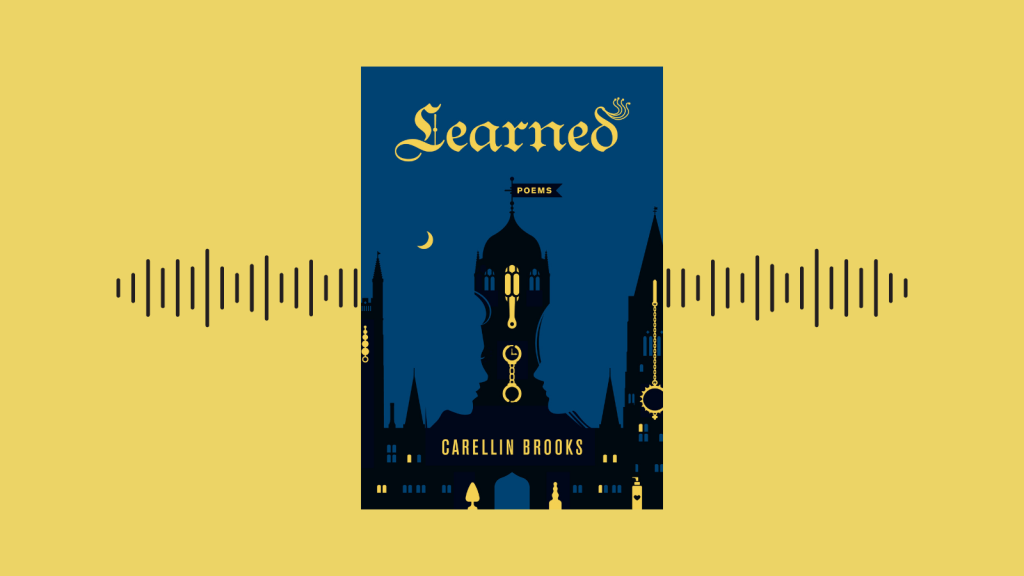 Next up in our book playlist series, we are joined by Carellin Brooks with with tunes for her poetry collection Learned!

Set in the 90s, alternating between the storied quads of Oxford University and the dank recesses of London pubs given over to public displays of queer BDSM, Learned chronicles poet and Rhodes Scholar Carellin Brooks’ extreme explorations of mind and body. In these poems, the speaker trembles on the verge of discovery, pushing her physical limits through practices of pain, permission, and pleasure. But her inability to negotiate the unspoken elite codes of Oxford begs the question: how to unlearn a legacy of family dissolution and abuse? Bold, nuanced, and ultimately triumphant, Learned chronicles an intimate education in flesh, desire, and bodily memory.

Brooks wrote an introduction to her playlist:

I listened to these songs before I got to Oxford, in Oxford, where my girlfriend’s flatmates had a band and knew Radiohead and, memorably, in London, where I heard L7 in person for the first time. My preferences at that time and since skewed to screamy girl singer-songwriters.
For variety, I listened to old jazz standards, especially as covered by people like Sinéad O’Connor. Because I had a shaved head when I worked in the gay leather bar in London, I got used to men on builders’ sites shouting “Sinéad, Sinéad,” whenever I walked by.

Find the Learned playlist below, or listen on Spotify. Learned is available to order from our online shop, or from your local independent bookstore.

Carellin Brooks is the author of One Hundred Days of Rain, which won the 2016 ReLit Award for Fiction and the 2016 Edmund White Award for Debut LGBT+ Fiction, and was published in French by Les Allusifs. She is also the author of Fresh Hell, Every Inch a Woman, and Wreck Beach. Brooks lives in Vancouver and is a lecturer at the University of British Columbia.