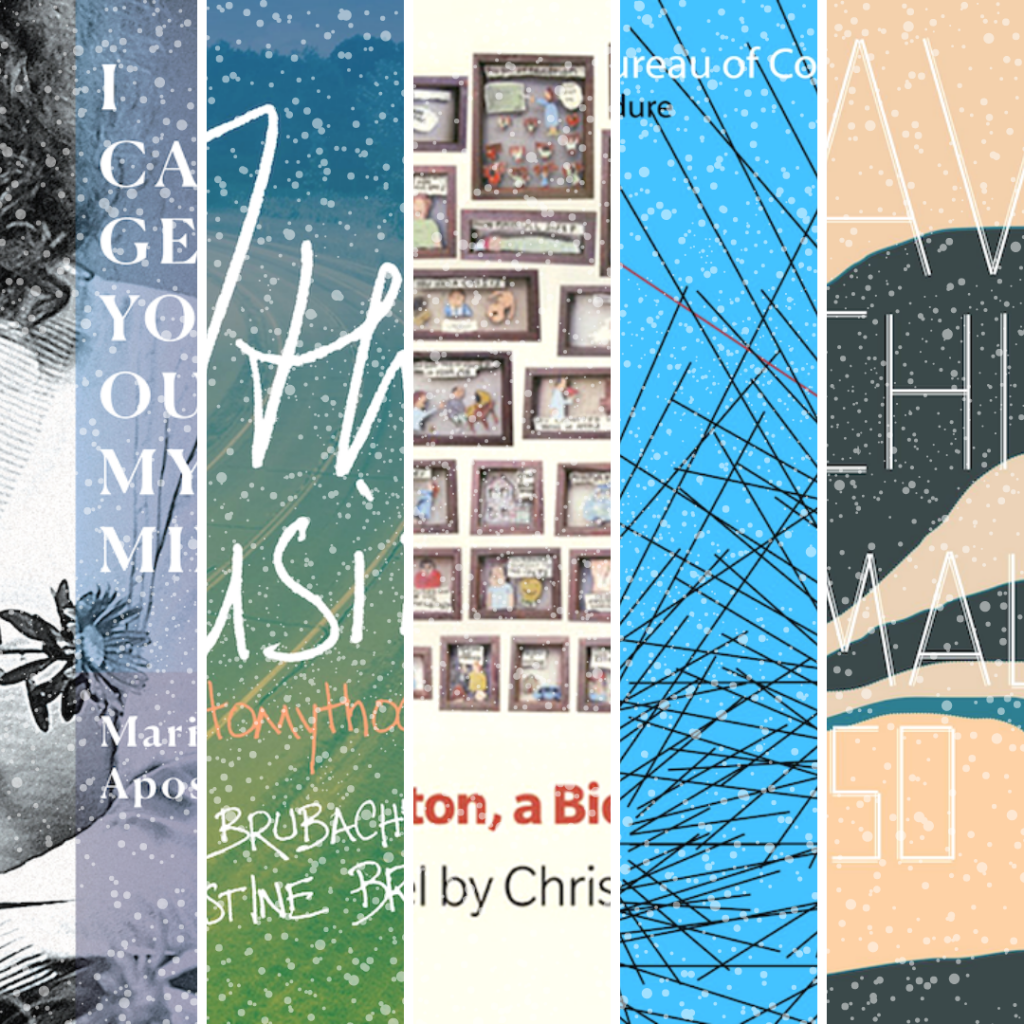 All of the books on today’s holiday wish list refuse to be categorized. They’re comfortable with discomfort; with liminal space; with edges so blurred that they cut without blood or bodily warning. They’re also just really good, but you already knew that. Any or all of these books would make a perfect gift for the book lover on your holiday shopping list.

As a reminder, all Book*hug Press titles are 25% off until December 23rd, and as a bonus, we’re offering free shipping within Canada on orders over $50.00. If you feel especially spoiled for choice—and/or if you’re in a giving mood—we have more good news: we’re also offering a selection of holiday bundles. Whatever and however you celebrate, we recommend shopping early to ensure your books arrive on time (and so you have something to look forward to on Monday, that cruel arbiter of happiness). Happy holidays!

Ariadne is a single, fortysomething writer and mother embroiled in an affair with a married man. At the core of her current manuscript, a book about the declaration of love, is the need to understand why: why her lover has returned to his wife, why their relationship still lingers in her mind, why she’s unable to conquer her longing. To make ends meet while writing, she joins a research study in which she’s paid to live with an AI device called Dirk. Capable of mapping Ariadne’s brain—and, to some extent, reading her mind—Dirk calls into question issues of both privacy and consciousness: how we communicate our thoughts to others, what it means to embody our desires, and whether we ought to act on them. Flickering between the epistolary, the philosophical, and the virtual, I Can’t Get You Out of My Mind asks difficult questions with unrestrained elegance. As The Globe and Mail writes, “[Marianne] Apostolides is a kind of fan dancer among thematic imponderables.”

7th Cousins: An Automythography by Erin Brubacher and Christine Brubaker

In July 2015, Erin Brubacher and Christine Brubaker traced the migration route of their Mennonite ancestors by walking 700 kilometres from Pennsylvania to Ontario. 7th Cousins: An Automythography documents the walk itself and the performance text they generated afterwards. On their journey through the American Bible Belt, Brubacher and Brubaker encountered folks with religious and political beliefs very different from their own, and learned to question what conversations to enter and how far to take them. They accomplished this, and so much more, while navigating their own relationship and the challenges of being with another person on foot for 32 days. An olio of performance art and nonfiction, 7th Cousins also includes photo essays and commentaries from collaborators Christopher Stanton, Andrea Nann, Kaitlin Hickey, and Erum Khan. Author and performance artist Jacob Wren calls the book “a sharp, very personal and insightful work of documentary theatre that embodies a kind of honest female friendship that is so important to experience in our current moment.”

We have all been driven, at some point, to Google ourselves. Chris Eaton, A Biography is a novel that arises from this idea, constructing a life by using, as building blocks, the lives of dozens of other people who share nothing more than a name. “One could say Chris Eaton has managed to invent a kind of super-ego by distilling and compounding all the Chris Eatons that ever lived into an avalanche of hilarious humanness,” writes Charles Spearin of Broken Social Scene. The book makes a simple but powerful statement: we all live the same life, deal with the same hopes and fears, experience the same joys and tragedies. We are the sum of our stories: anecdotal constructs. The narratives we share bring us closer to a truth about what it means to be alive.

Bertrand Laverdure’s Universal Bureau of Copyrights is a bold, strange and addictive story that envisions a world where free will doesn’t exist, and in which an enigmatic global corporation buys and sells the copyrights for all things on Earth, including real and fictional characters. Part poetic narrative, part sci-fi-dystopian fantasy, Laverdure’s novel—brilliantly translated by Oana Avasilichioaei—packs a multitude of modern cultural references into an audacious exploration of identity and one’s place in the world.

“Laverdure’s clever commentary on identity, ownership and control keep us guessing right up until the end,” writes the Times Literary Supplement. Matrix praises “the elegant English translation” and how the book “pivots on the contradictory premise that when imagination becomes reality and wild thoughts materialize, free will is lost rather than celebrated.”

Emmalea Russo’s Wave Archive moves between essay and poetry while also pondering the mind-body connection and the unreliability of thought patterns and histories. Russo invokes her own experiences with seizures, photographs and art-making, archival and indexical processes, brain waves, and the very personal need to document and store while simultaneously questioning the reliability of memory and language. Wave Archive draws upon the history of epilepsy in both ancient and modern brain treatments, and disrupts and restores the archive over and over again, exploring the very edges of consciousness.

“The book is as various and hard to pin down as the condition it explores,” writes Daniel Owen, author of Restaurant Samsara, “part catalogue of the mind and its internal and external functioning; part meditation on the process of artistic creation; part disjunctive lyric essay; part poetic reckoning with the language of Owsei Temkin’s 1945 history of epilepsy, The Falling Sickness; and part inscrutable literary alchemy all its own, an attempt to ‘touch the space between interior and exterior.’”