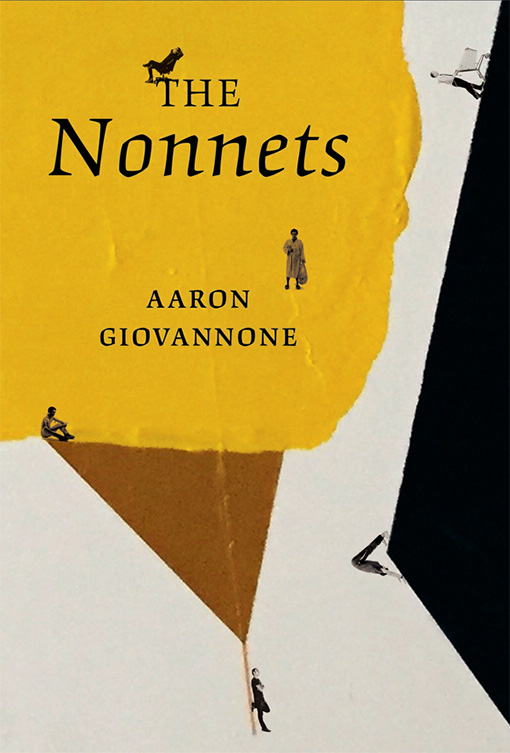 For this week’s edition of Feature Friday, we are pleased to bring you an excerpt from Aaron Giovannone’s latest collection: The Nonnets, a book-length sequence of “nonnets”—nine-line poems that Giovannone handles with ruthless dexterity. Capturing transformations from first dates to goodbye texts, from mama’s boy to unrepentant shoplifter, from post-industrial downtown to eleventh-century Italian monastery, these poems present a kaleidoscopic world that careens wildly between despair and ecstasy.

Fellow Book*hug author Author Jake Kennedy writes, “There’s a marvellousness in every single one of Aaron Giovannone’s magic nonnets: exquisite, surprising, crystalline bursts of light.” Poet Adam Dickinson adds,“Aaron Giovannone’s The Nonnets takes us on a hilarious and unpredictable journey. If these amazing poems don’t make you think about how wondrous and doomed we are, if they don’t make you laugh and cry, then you are dead inside.”

We hope you enjoy this excerpt from The Nonnets. Happy reading!

TO HUG, WE spread our arms out like wings.

The bucket of mop water

in the washroom of this bus terminal

is the worst place on Earth.

A pile of abandoned drug money

in a locker in this bus terminal

is the best place on Earth.

I SHOW MOM how to use Netflix.

my mom hangs out with.

My weakening belief in friendship

means you’ll talk shit when I’m not around

Saying it here isn’t saying it for real.

I’m asleep in a rose garden—why not?

I mount a unicorn and ride off.

A LIT CIGARETTE in a graveyard.

but no one says so

because everyone is dead.

I puff my cheeks out for that photo.

Sometimes a cigar is just a cigar

but sometimes it’s a phallus

especially to you guys.

Order your copy of The Nonnets here. 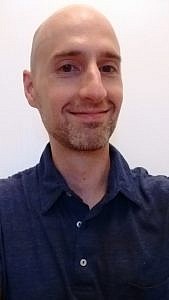 Aaron Giovannone’s poems have been published widely in journals across Canada and the US, and his nonfiction has appeared or is forthcoming in The Walrus, Brick, and Vice. Originally from St. Catharines, Ontario, Aaron has a Ph.D. in English Literature and Creative Writing from the University of Calgary and has lived in Italy, including a year as a visiting scholar at the University of Siena. He is the author of a previous collection of poetry titled The Loneliness Machine. Aaron splits his time between Calgary and the Okanagan Valley, where he teaches literature and writing at Okanagan College.