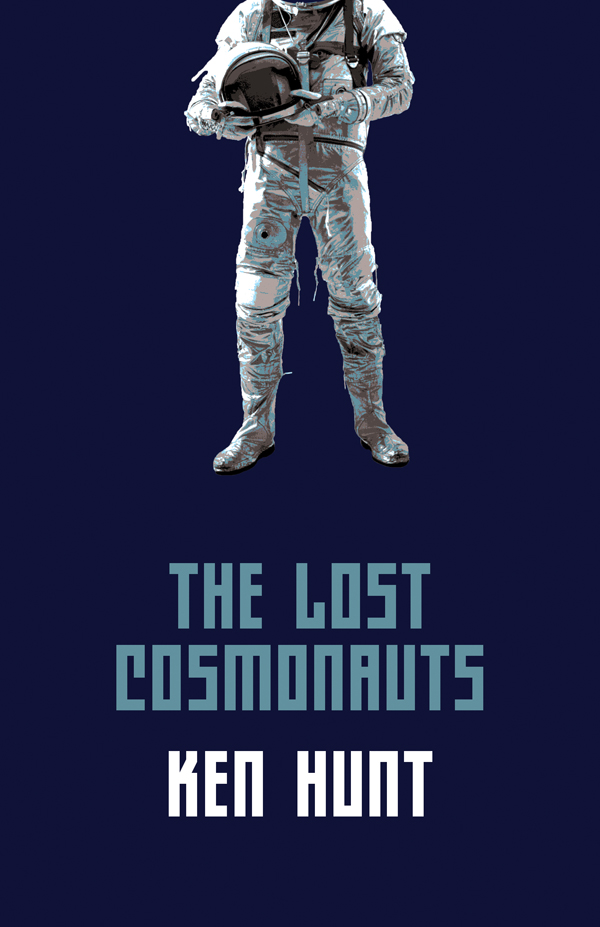 In this week’s edition of Feature Friday we are pleased to bring you an excerpt from The Lost Cosmonauts by Ken Hunt, an elegy to humanity’s fledgling efforts to explore outer space, and to those who lost their lives in pursuit of this goal. This wide-ranging collection of poems looks deep into the largely unexplored cosmos for experiences of the sublime, not only in celestial bodies and mythical figures among the stars, but also in those astronauts and cosmonauts who dared to explore them.

We hope you enjoy this excerpt from The Lost Cosmonauts. Happy reading!

From The Lost Cosmonauts:

scarlet fever, deafened by the virus,

as if time snagged his ears and amplified

and numeric artist, his recompense:

raised from the mulch of his readings. Intense

the mathematical passphrase for the

stern doors of sprawling ballrooms we have gazed

into since we put fire in reins. A sea

twisting each self-imprisoned figure. We

struggle against the air we breathe, an edge

of caustic friction, amnion of flame,

while crammed into the cones of crafts alleged

to dethrone gravity. These structures tame

explosions violent as a tyrant’s purge,

each craft sustained by its design, each frame

a teacher, irony of ironies,

this student of himself. His brightly merged

airlocks, and the rocket engine. Appease

the Hyades and Pleiades, lest Zeus

defend his kin, when launching these golems,

of chilled vodka, toasts to the sage who split

the beating organ of his youth before

a cold altar, in order to transmit

his dreams beyond his name, if we permit.

Clamped in the vice of their design, these eager slaves

deliver larvae to the vaults they carve, dissect

the clay that blocks expansion of their sprawling maze.

to brace storerooms and passageways for the Great Rains.

Four sattelites grow toward the Earth. These progeny

with ductile needles of silicon, citadels

to house and to preserve, while we construct a shell

that siphon magma from our overburdened globe

into a vacuum-porous scaffold in orbit.

that invite sunlight to ideal plains and shores,

to empty seas conceived by architects to grasp

the fleeing hydrosphere of Terra, her mantle

coaxed away by infernal transfusion. At last,

we find the final gift of matter Earth will grant:

the cradle, sacrificed to shape its future urn,

presents its hoarded core of iron, for transplant

to complete an exo-Earth as wide as Saturn,

the restless atmosphere that hovers, clots, and churns

terrains to which pensive adventurers sojourn

from cities, the crowns of tailored horizons, made

to glean glimpses of Sol until we build his cage.

for all apostles of Icarus

because a goose smashed

through the cockpit, Plexiglas

disagreed with their intent

because of a grievous

veered to avoid tearing through

of the Black Sea invaded

Order your copy of The Lost Cosmonauts here.

Ken Hunt’s writing has appeared in Chromium Dioxide, No Press, Matrix and Freefall. For three years, Ken served as managing editor of NoD Magazine, and for one year, he served as poetry editor of filling Station. Ken holds an MA in English from Concordia University, and is the founder of Spacecraft Press, an online publisher of experimental writing inspired by science and technology. He lives in Calgary.