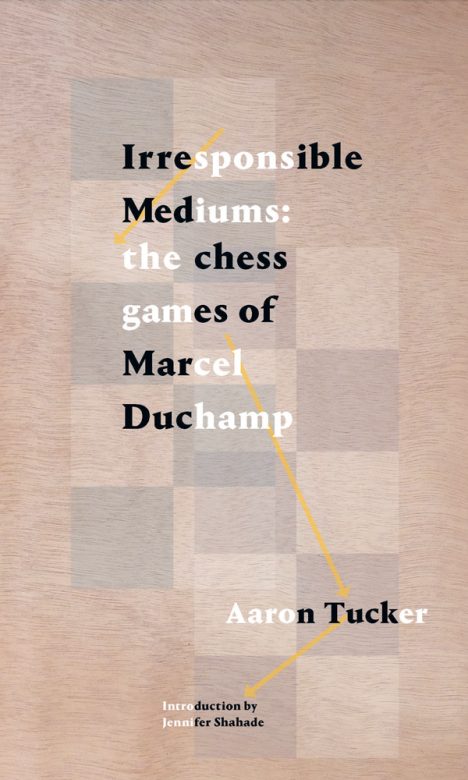 In this week’s edition of Feature Friday, we are pleased to bring you an excerpt from Aaron Tucker’s second full-length collection of poems, Irresponsible Mediums: The Chess Games of Marcel Duchamp. Inspired by the 1968 chess performance of avant-garde artist Marcel Duchamp and composer John Cage, Irresponsible Mediums translates Duchamp’s chess games into poems using the ChessBard (an app co-created by Tucker and Jody Miller) and in the process, recreates Duchamp’s joyous approach to making art, while also generating startling computer-made poems that blend the analog and digital in strange and surprising combinations.

Two time U.S. Women’s Chess Champion Jennifer Shahade provides an introduction for the book, and she writes, “By placing poetry side by side with chess, Aaron Tucker reminds us of a not too distant past when we thought a chess-playing robot was far-fetched, and must and may have a human brain underneath it all.” Of Irresponsible Mediums, Leacock Medal winner Gary Barwin calls Aaron’s poems “beautiful gambits that, like the best chess games, delight and intrigue with their elegant and intelligent play.”

We hope you enjoy this excerpt from Irresponsible Mediums: The Chess Games of Marcel Duchamp. Happy reading!

each resistance, ground apology and

What is slimy variation?

Where is varied instruction?

the instantaneous centre or

L-shaped punctuation (punctuation), this drug and

twist, clutter or strand or

outside logic (logic) or vault or

or always carves underneath cell

some textbook and sandy sound

Where is each instrumental grinder?

any wasp some necessary speed

raspily or soundly lives or

Order your copy of Irresponsible Mediums: The Chess Games of Marcel Duchamp here. 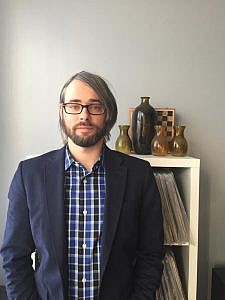 Aaron Tucker is the author of four books, Irresponsible Mediums: The Chess Games of Marcel Duchamp (Book*hug) and the poetry collection punchlines (Mansfield Press) as well as two scholarly texts, Virtual Weaponry: The Militarized Internet in Popular Cinemanand Interfacing with the Internet in Popular Cinema (both with Palgrave Macmillan). His current collaborative project, Loss Sets, translates poems into sculptures which are then 3D printed (http://aarontucker.ca/3-d-poems/); he is also the co-creator of The ChessBard, an app that transforms chess games into poems (http://chesspoetry.com). In addition, he is a professor in the English department at Ryerson University. More info can be found at aarontucker.ca.